In the early 1980s it was becoming clear that the number of people living on the streets of central Cape Town was growing – it was estimated that there were more than 1 000 homeless people here. A group of five business friends began to study the problem and to seek solutions. Arising out of these discussions grew the idea to find a venue where training in carpentry and other skills could be offered to homeless people, and where they could be provided with a hot meal daily.

In 1981 a suitable premises was found at 14a Roeland Street. The Carpenter’s Shop consisted of a large vacant three-story school building and grounds. It had stood derelict since 1975, when its pupils were removed with their families to places far out of town, in terms of the Group Areas Act. Several months ago it was renamed The Hope Exchange. 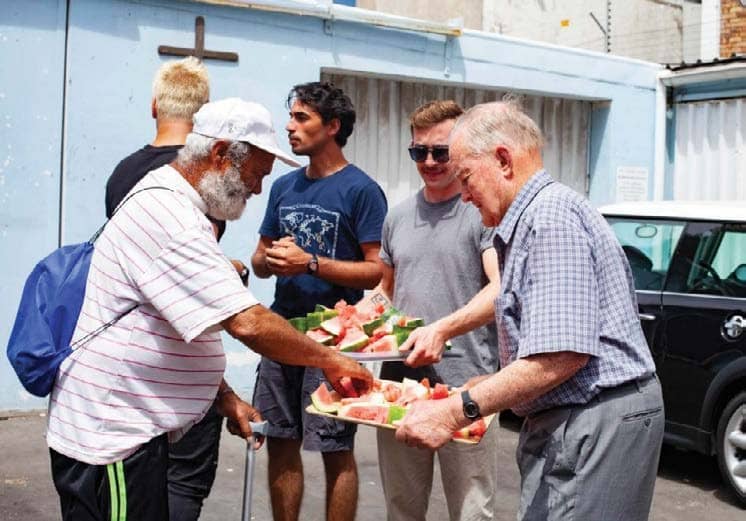 A trainer was employed, and from a small start the operation of caring and offering training grew to assist up to 25 homeless people at a time over six-month periods. A full-time qualified social worker was added to the staff and the range of training was expanded to many other skills, such as conversion of waste bottles to drinking glasses, and panel-beating and spray-painting of cars.

In addition to the training and occupation provided, an urgent need was identified. Homeless people were in desperate need of the opportunity to wash themselves and their clothing, and to perform their ablutions. The toilet block of the premises was therefore restored and provided with hot water shower facilities and tubs for washing. It was further improved with seating and weather protection for the 80 to 90 people waiting to use these facilities daily. At the same time they received packs of toiletries and a lunch voucher.