The History Of The PC 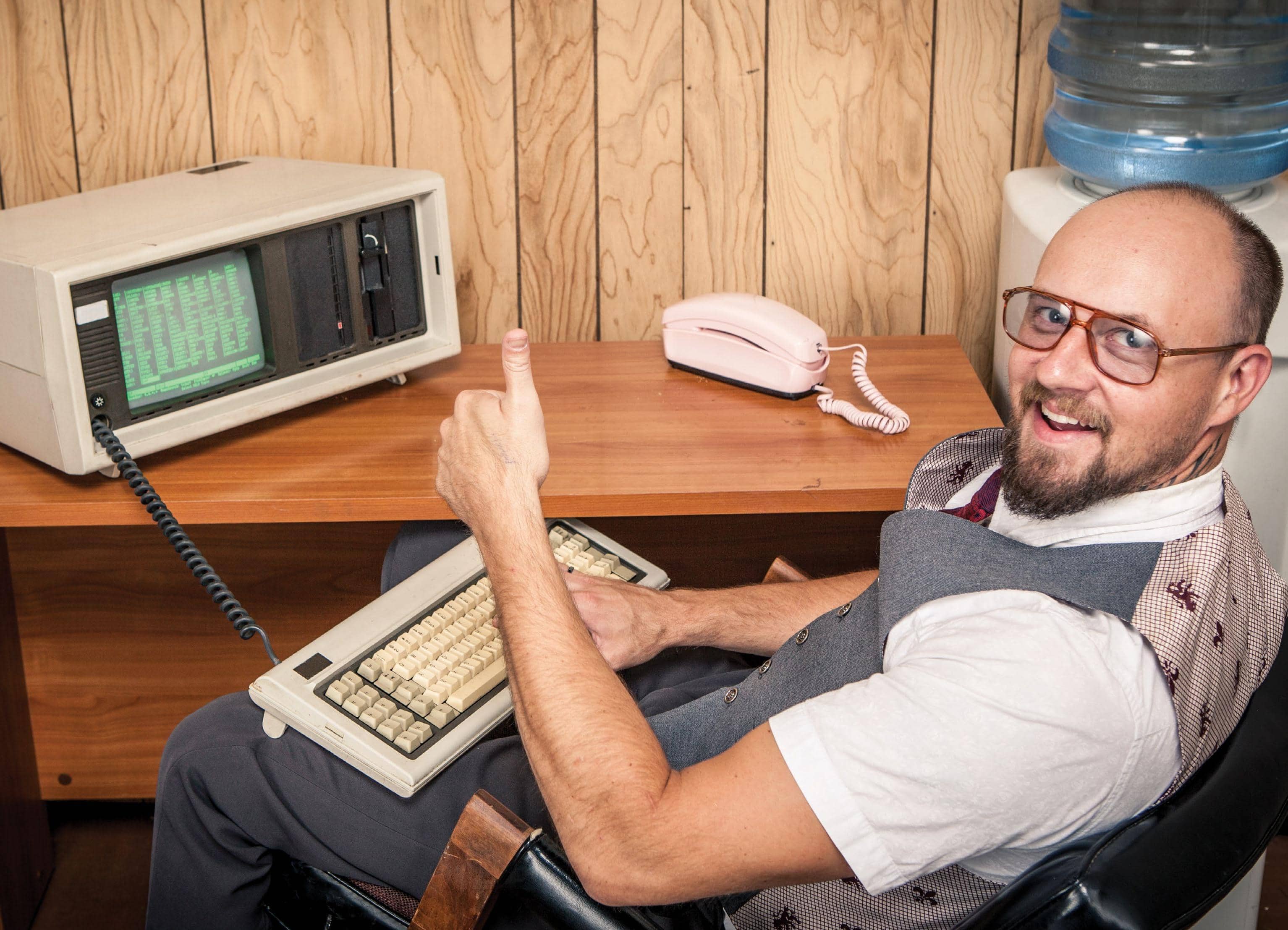 In a world of competing processors and operating systems, John Knight explores how the PC began

THE PC. The personal computer. The IBM-compatible. Whatever you want to call it, somehow this machine has maintained a dominant presence for nearly four decades.

If you try to launch a program from the ’80s to the 2000s, you have a good chance of getting it to launch—your PC has backward compatibility going right back to the ’70s, enabling you to run pieces of history as though they were from yesterday. In fact, your computer is brimming with heritage, from the way your motherboard is laid out to the size of your drive bays to the layout of your keyboard.

Despite the weight of all of this lineage, we have an extraordinary range of devices that somehow get lumped under the category “PC.” Go back to the early ’80s, and “PC” would evoke a desktop box from the business colossus IBM, but now the name doesn’t belong to anyone, it still survives as “the PC.”

Flip through any PC magazine and you’ll see everything from bulky desktop computers to sleek business laptops; from expensive file servers to single-board devices only a few inches big. Somehow, all these machines are part of the same PC family, and somehow they can all talk to each other.

But where did all of this start? That’s what we’ll be examining: from the development of the PC to its launch in the early ’80s, as it fought off giants such as Apple, as it was cloned by countless manufacturers, and as it eventually went 32-bit. We’ll look at the ’90s and the start of the multimedia age, the war between the chip makers, and the establishment of Windows as the world’s leading operating system. Lastly, we’ll examine the new millennium, initially dominated by Microsoft and the PC, followed by a slow shift to where we are now.

But before we go anywhere, to understand the revolutionary nature of the PC, you first need to grasp who IBM was at the time, and the culture that surrounded it.

THE LEAD UP TO THE PC For decades, IBM was king, but the late 1970s brought a change in direction

IBM WAS FORMED in the early 20th century by people who invented the kind of punch-card machines and tabulators that revolutionized the previous century. IBM introduced big data to the US government, with its equipment keeping track of millions of employment records in the 1930s. It gave us magnetic swipe cards, the hard disk, the floppy disk, and even ATMs. It would develop the first demonstration of AI, and be integral to NASA space programs. IBM has employed five Nobel Prize winners, six Turing Award recipients, and is one of the world’s largest employers.

When it came to respected marques, you couldn’t get much higher than IBM, and the top brass knew it—to say the corporate culture was stuffy would be an understatement. Company pride and loyalty was instilled in all workers. IBM bosses insisted on well-groomed salesmen, with dark suits, white shirts, and “sincere” ties—there was even an IBM anthem and songbook. IBM’s mainframe computers dominated the ’60s and ’70s, and that grip on the industry gave IBM an almost instant association with computers in the minds of American consumers. But trouble was on the horizon. 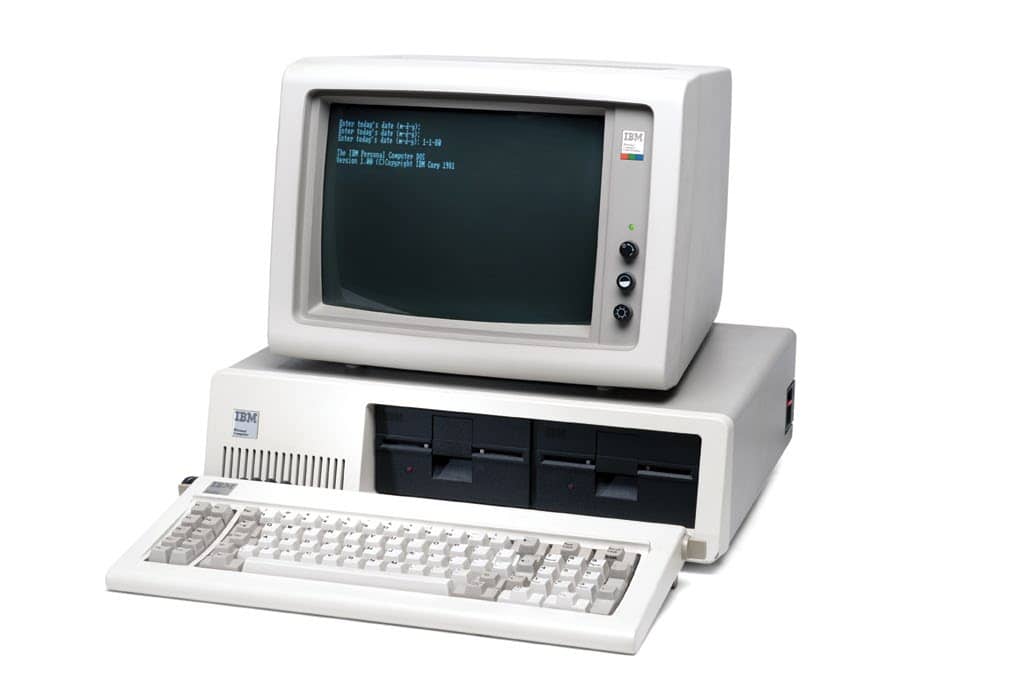 The late ’70s were saturated by “microcomputers” from the likes of Apple, Commodore, Atari, and Tandy. IBM was losing customers as giant mainframes made way for microcomputers. As similarly large manufacturers were about to launch micros of their own, trying a new form of desktop computer was a way to fight back against rivals, but it would take a monumental shift in strategy.

IBM took years to develop anything, with endless layers of bureaucracy, testing every detail before releasing anything to market. Its chief business in the ’60s was huge mainframes that filled entire floors of a building, and took squads of people to run, while the so-called “minicomputers” of mid-’60s and ’70s were still the size of a refrigerator.

IBM was a long way from offering simple and (relatively) affordable desktop computers, and didn’t even have experience with retail stores. Meanwhile, microcomputer manufacturers were developing new models in months, and there was no way IBM could keep up while sticking to traditional methods.

In August 1979, the heads of IBM met to discuss the growing threat of microcomputers, and their need to develop a personal computer in retaliation. IBM president John Opel already recognized the potential in personal computers, but could also see the weakness in IBM’s existing methods. In order to encourage innovation, IBM created a series of Independent Business Units, which were given a level of autonomy. One of these would soon be led by executive Bill Lowe, who would become the father of the PC.

In 1980, Lowe promised he could turn out a model within a year if he wasn’t constrained by IBM’s methods. Lowe’s initial research led him to Atari, which was keen to work for IBM as an OEM builder, proposing a machine based on the Atari 800 line. Lowe suggested IBM should acquire Atari, but IBM rejected the idea in favor of developing a new IBM model instead. This model was to be developed within the year, with Lowe given an independent team. This new squad, the Dirty Dozen, a group of IBM misfits, was allowed to do things however they saw fit to get the job done. The task was code-named Project Chess, with Lowe promising a working prototype in 30 days.

After talking to potential dealers, Lowe went for an open architecture. While dealers were very interested in an IBM machine, it just wouldn’t work if they had to operate within IBM’s proprietary methods. If dealers were going to repair these machines, they needed to be made from standard off-the-shelf parts.

By August, Lowe had a very basic prototype and a business plan that broke away from established IBM practice. Based on this new open architecture, the PC would use standard components and software, instead of IBM parts, and be sold via normal retail channels.

Over the coming months, the Dirty Dozen grew exponentially in number and toiled away to transform the prototype into a world-class machine. They focused on giving the PC an excellent keyboard, which they delivered with the IBM Model F.

It needed to be durable and reliable, so each key was rated to 100 million keystrokes. It also needed to be tactile and ergonomic. IBM was renowned for quality keyboards, and would try to replicate the feel of older beamspring terminal keyboards with a new Buckling Spring technology. 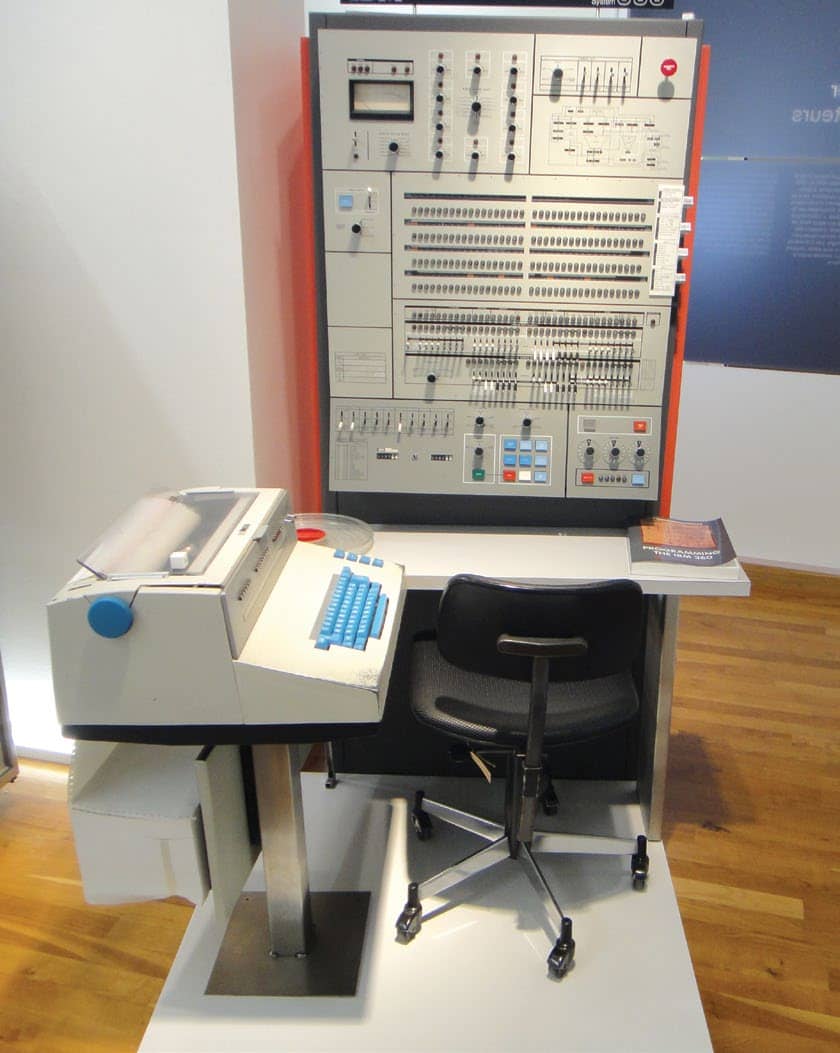 These gave the keyboards the famous clacky sound and weighted feel that was popular with typists, giving a tactile feedback unrivaled at the time. The PC’s keyboard alone would become the main selling point for a lot of customers, and IBM keyboards would be the best in the business for the next two decades.

Next, the crew turned to the CPU. IBM’s own 801 RISC processor was considered (which would have been significantly more powerful), but for convenience and compatibility’s sake, the team chose the Intel 8088.

The 8088 was still quite fast, but was cheaper and could be bought in the large quantities the new PC market would demand. An 8086 would also require far more complex and expensive motherboards, and may not have been able to be produced in sufficient numbers to keep up with demand. A lot of the hardware likely to be used in the PC also had an 8-bit bus, so an 8088 would be better for compatibility.

As for the motherboard, RAM would be expandable up to 256KB, an optional 8087 math coprocessor would be available, and there would be five ISA expansion slots. Putting the machine together, launch models would have a choice of 16 or 64KB of RAM, space for two 5.25-inch floppy disk drives, and a cassette jack for tape storage. Buyers had a choice of monochrome or CGA graphics, and the Intel 8088 powering the system would be running at 4.77MHz.

With the hardware sorted, the burden of developing the operating system would be largely outsourced to Microsoft, with IBM offering consumers the joint-venture PC DOS. The final machine was dubbed the IBM Model Number 5150. This moniker would be immediately forgotten, for in the minds of the press, it was really IBM’s Personal Computer that was about to launch.

THE 1980S: THE PC OFFICIALLY LAUNCHES Rivals were unfazed by the old timer’s new machine, but had no idea what was about to hit them