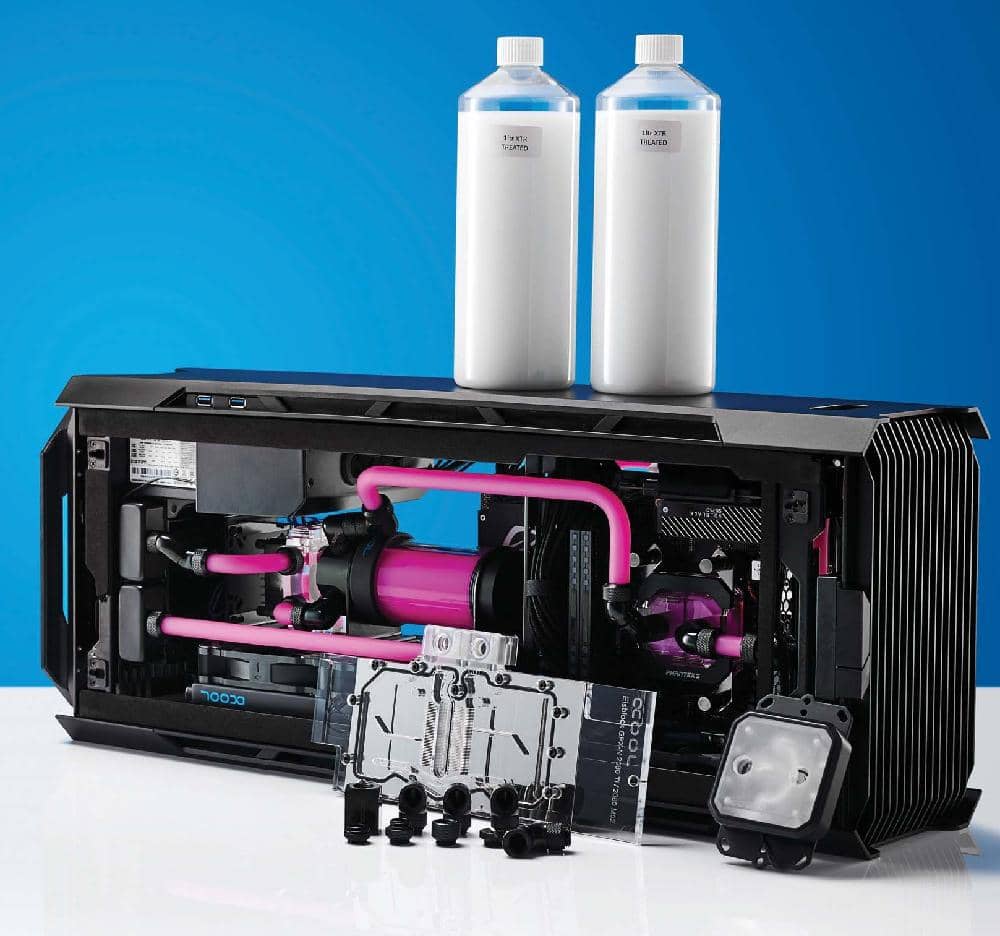 WE KNOW WHAT you’re thinking: “This is odd.” And you’re right—it’s not something we’d usually cover here at Maximum PC. It’s not a gaming rig specced out to some arbitrary number set by the management bods, nor is it a deep-dive into the latest technological architecture from the likes of Nvidia (next issue—don’t worry!). No, this is something we’ve never done before: A case study and the chance to test something that very few people can get their hands on.

So, what are we talking about? Well, we’re heading back into the world of tubing and water blocks to take a look at one of the most radical types of coolant being developed and grown today: Mayhems’ 6nm XTR. Yep, you read that right—this coolant is synthetically grown in a lab. It’s unlike any coolant we’ve ever seen before.

However, there’s a few problems we need to overcome before we get to the testing phase. Firstly, as the Maximum PC office is currently shut, there’s only one machine we still have access to that’s capable of performing the tests we need: Our console-esque pink PC, which was designed for its aesthetics, with usability a secondary consideration. So, it doesn’t have a proper drain port nor a fill port, and we’ve got some serious conversion problems to solve.

But before all that, let’s dive into the history of liquid cooling, how it developed, and where it’s likely to go from here. 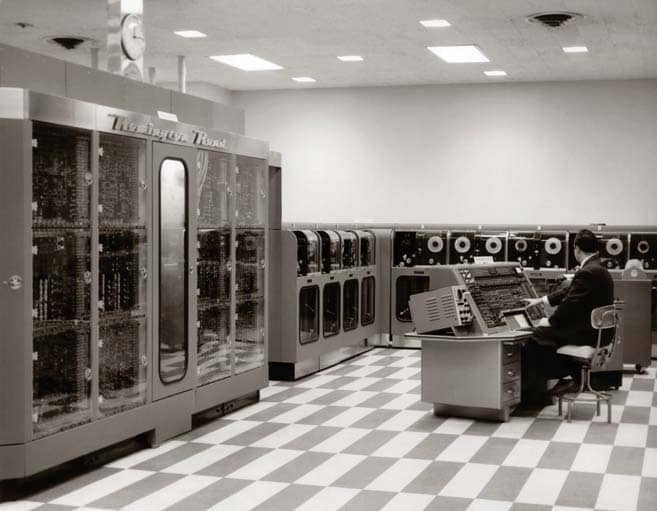 The problem with PCs

NO MATTER HOW you look at computing performance, it always boils down to electricity, tolerances, and heat. Those three factors have stymied unlimited power over the years. Diminishing returns are rife within this enthusiast hobby of ours. As transistor count goes up, gate width decreases, more voltage is applied, and heat increases, the need to cool components becomes more important to ensure they remain within their operating temperatures. To draw heat away from the processor and into something that can dissipate it into the open air has been of prime importance since the personal computer became a thing—in fact, even before that, with supercomputers.

The basic principle behind cooling any PC component is that you need a form of heat exchange to take heat from the system and dump it into the surrounding environment. Nowadays, you have a handful of options. Firstly, you could go with low-powered, efficient components (such as the Raspberry Pi), which can be passively cooled. Or you could run with an air tower that thrives off heat pipes, vapor chambers, and the brilliance of convection. You could also go with a basic form of liquid cooling in the form of an AIO (all-in-one) cooler from the likes of Corsair, NZXT, Cooler Master, et al. Or you could build your own complete custom liquid-cooled loop to chill everything within sight, albeit at far greater expense and risk if something goes wrong. 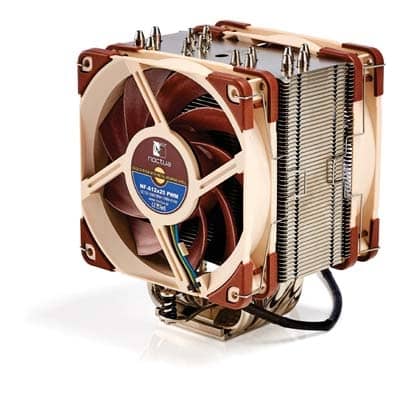 Almost all of those options (bar passive cooling in ultra-low-powered chips) rely on a form of heat exchange or phase change to remove that excess heat. Take your standard CPU tower, air-cooled with a fan. By design, they typically have a solid, flat copper or nickel base, with heat pipes emanating out and up into a tower, which is then covered in an array of fins. This is then cooled by a fan, that’s either pushing or pulling a stream of cooler air over the fins, drawing that heat out.

This works through the power of convection. Each heat pipe or vapor chamber houses a small amount of liquid. When the processor is under load, it heats this liquid, which evaporates, forming a gas. Drawing the heat with it, it rises up through the heat pipe toward the fins. Here, cool air passes over the fins, drawing the heat out of the gas through the fins. The gas then condenses, changing back to a liquid, and flows down to the base of the heat pipe, ready to start the procedure all over again, very much in a loop. This is, in essence, a form of phase-change cooling, although not quite to the degree of some more extreme methods achieved by using a proper vapor condenser.

In fact, it works in a very similar way as the cooling system in a car’s engine. A pump pushes coolant around (or antifreeze, in the case of a vehicle); it then enters a water block, where it heats up, then moves on through a radiator, which has cooler air passing over it, thanks to a fan or two, which draws the heat out of the coolant, ready for it to begin the cycle again. The advantage is that the coolant typically has a far higher thermal capacity than the liquid in CPU fan towers, and there’s a greater surface area for cooling the coolant, thanks to the radiator. 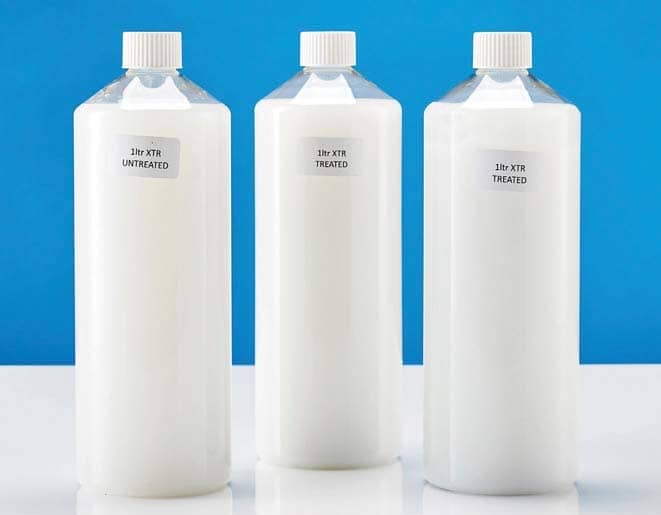 Liquid cooling has been around for almost as long as there have been computers in one form or another. In the ’50s and early ’60s, supercomputers such as the UNIVAC 1 and IBM’s System 360 were making waves by dipping into the chilly stuff to keep their temperatures low and performance high. By the ’80s, the majority of server mainframes and supercomputers were being liquid cooled. It was only in the mid ’90s, however, that it began to take off in the world of personal computing, with modders and overclockers reaching for the hand tools to build their own CPU water blocks from scratch to ramp up their performance. As always with overclocking, with more volts comes more heat. And thanks to everything from plumbing fittings to car parts, and homemade blocks to jerry-rigged radiators, the world of consumer liquid cooling came to be, and it wasn’t long before companies such as XSPC, EKWB, and Alphacool began to capitalize on the market in the late 2000s.

Since then, designs have changed quite dramatically for blocks, parts, and components, but one thing that’s stayed relatively stale over the years is the coolant, especially if you want ultimate performance. For the absolute elite, the be-all and end-all answer has always been distilled or deionized water. In its purest form, it was the most thermally efficient coolant out there, and readily available, too, at a super-low price. With a touch of biocide or a silver coil, it’s fairly resistant to gunge and bacterial build-up, and with a splash of dye, you can even make it look quite pretty, albeit at the cost of performance.

As PC gaming developed, and the enthusiast community grew, with various YouTubers showcasing liquid cooling to the community, major brands such as Corsair, Thermaltake, and more have jumped on board with their own brands of bespoke custom liquid-cooled parts. And yet, coolant still hasn’t advanced that much, certainly not when it comes to outperforming pure water. We’ve seen opaque coolants, such as Mayhems Pastel, and particulate coolants, perfect for photo shoots and show builds, plus various dyed coolants, but nothing has come close to beating H2O. 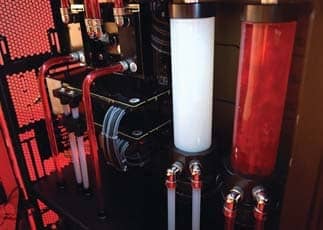 This is where XTR comes in. As you know, Mayhems is a company that we frequently turn to here at Maximum PC for coolant for our liquid-cooled builds. In fact, its coolants are somewhat renowned for quality and performance the world over, and the firm has been in the industry for well over a decade, developing and working on a wide range of coolants for PCs. The small British company was the manufacturer behind some of EKWB’s coolants until relatively recently, and now it produces all of Corsair’s coolant for its custom liquid-cooled line, too.

That means it’s got some serious clout and technological knowledge behind it when it comes to the world of thermodynamics. When Mayhems’ owner, Mike, reached out to Maximum PC, offering us the chance to test some of the company’s XTR coolant, we could hardly refuse. “Why is that?” you might ask. Well, XTR is quite possibly the most advanced coolant we’ve ever seen. In fact, in testing, the current 6nm variant has been shown to outperform water by 9–10 C in some scenarios. That’s a big difference in the context of cooling. What’s more, XTR is entirely grown (yes, grown) in a lab, it doesn’t contain any glycol whatsoever, and it’s 100% synthetic.

Now, Mayhems is being very tightlipped about the manufacturing process, for obvious reasons, but what we do know is that these 6nm particles are grown to size, and XTR is an industry first. No other company has managed to create a coolant that has such small particles on a mass scale, and managed to keep it suspended, as can be found with XTR. In fact, Mike explained to us that the aims of XTR were simple:

• To create a coolant that needs no biocide or other forms of active chemicals that die off over time.

• To have a 100% light-blocking capacity that lasts longer than 10 years.

• To absorb heat better than anything on the market.

• To be able to withstand temperatures that no other coolant is able to and still keep working.

All of these goals have been achieved according to both Mike’s and multiple other beta testers’ results. In fact, it’s so effective that we’ve even seen video evidence of it absorbing and blocking a hit from a 6KW fiber laser dead in its tracks. And the way it behaves with RGB and LED lighting in a system really makes you realize just how special this stuff is—but more on that later.