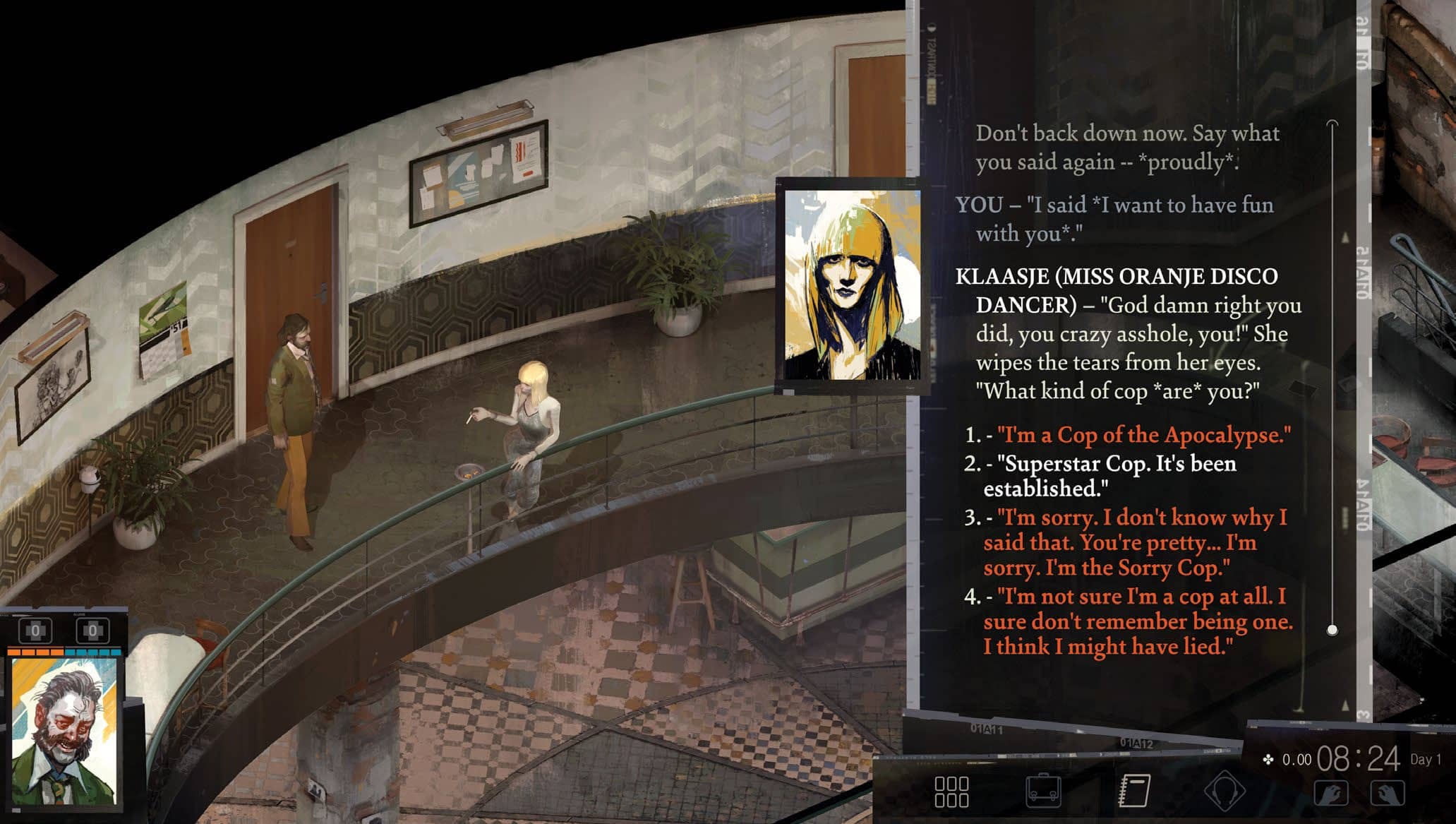 A text-heavy RPG with a strong sense of the bizarre

A TOP-DOWN RPG/adventure game! In 2019! Well, sort of. Disco Elysium might be viewed from above, and its police detective plot might sound like something Sierra On-Line could have produced, but this is a postmodern game for postmodern times, and it isn’t afraid to let things get weird.

Your tie is talking to you, for one thing. Waking, naked apart from your socks, on the floor of a squalid hotel room in some ghastly 1970s alternate reality, the world’s worst hangover has pummeled your memory into a blank slate, perfect for character creation. There’s a murder to solve—somebody, probably you, has allowed the corpse of a hanged man to remain in a tree at the back of the hotel for several days; it stinks, and you feel so tender you barf—if you manage to get dressed, that is. Getting your tie from its resting place on the ceiling fan is tricky if you don’t have enough points in Physical.