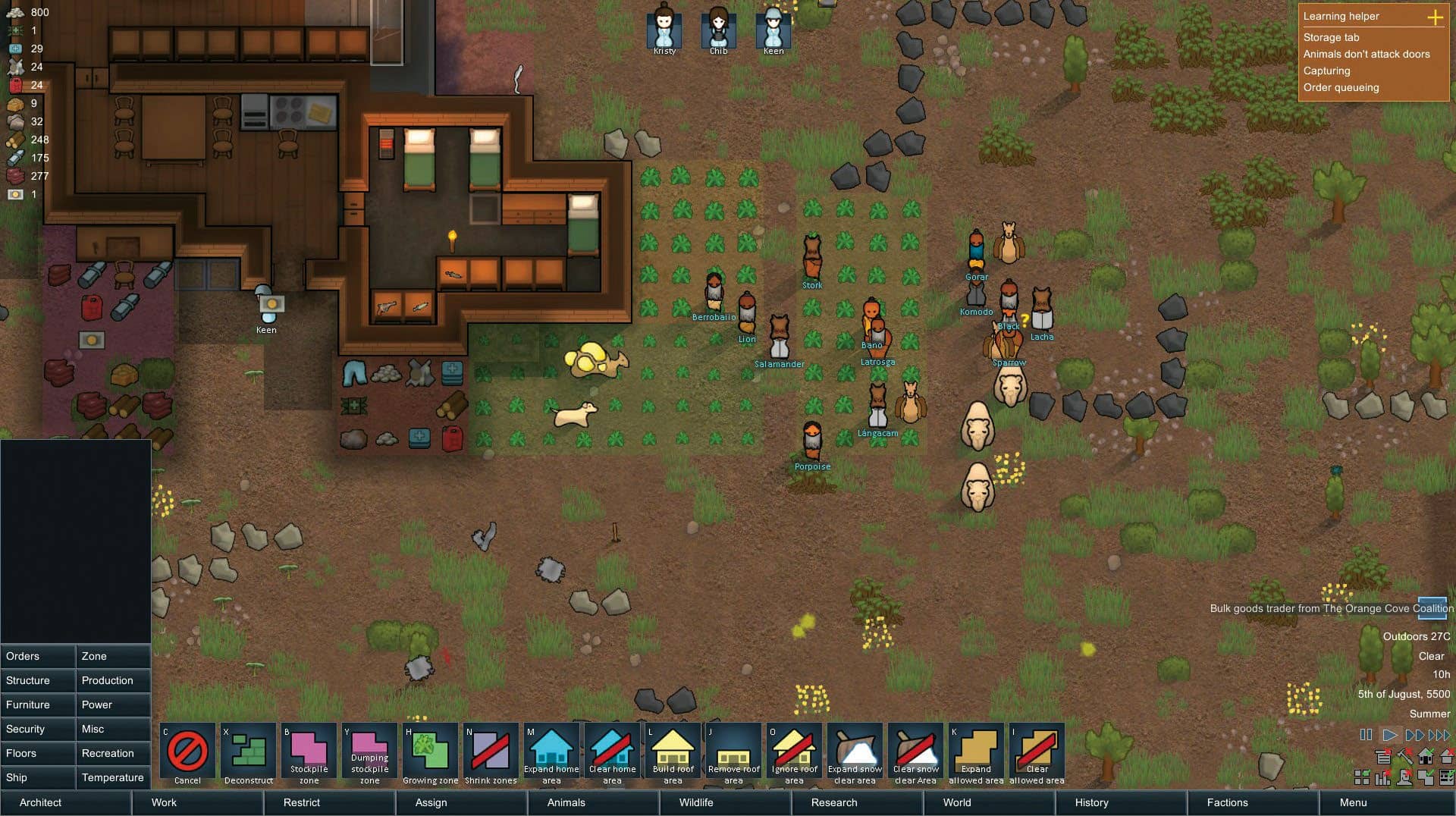 Management is planning on relocating LXF Towers to Mars, so Sam Greer is practising for life in outer space.

The best games are masters of illusion, making you believe a bunch of code and scripted behaviours are somehow real worlds or great stories. Even a game that’s explicitly driven by values and numbers, abstract in its presentation, has to convince you that what you’re watching unfold is an organic ecosystem. RimWorld aims to create complex drama from its systems, but as close as it sometimes gets, the illusion never quite takes hold.

RimWorld is a game about establishing a colony on a remote planet sometime in the distant future. There’s a whole Western vibe, resulting in a sort of Firefly-esque setting. It’s a life simulator, a genre about a more hands-off approach to strategy and management, where you manipulate AI behaviour instead of controlling it directly. RimWorld sits somewhere between The Sims and Dungeon Keeper, though its presentation and style are reminiscent of games like Prison Architect. It’s a story generator, promising to co-author all manner of wild tales for players.

This isn’t about creating the perfect colony, this is about creating drama. This means things going wrong, that the unexpected has to occur and that your characters have complicated motivations. They’re given drives and needs, ones that are often extremely unhelpful to the mission but which are intended to make them more complex and rounded. Go in wanting to build a perfect little colony and you’ll likely be frustrated. Accept the game’s penchant for disaster and you’ll have more fun.