Team  :Alabama Crimson Tide ,Position: Defensive Back,  Spotlight :After winning a second national title at Alabama, this serious (and seriously talented) go-getter will pursue success at the game’s top level.

Coach Rich Hansen likes to tell the story of when his St. Peter’s Prep Marauders won the 2014 New Jersey championship. Hansen called the next morning to congratulate his star, senior cornerback Minkah Fitzpatrick. Minkah couldn’t talk. He was in the middle of a workout.

The defensive back chose the University of Alabama over the two dozen other schools that offered him scholarships, then spent his last high school spring break standing on the sideline at Tide practice, preparing himself for the next challenge.

During his freshman year in Tuscaloosa, he helped Alabama win the national title. In 2017, as a junior, he was the best player on the nation’s best defense and arguably the most dominant player on any of the four teams in this year’s College Football Playoff, which the Tide again won to claim their fifth title in nine years.

Fitzpatrick has displayed the same tireless work ethic ever since he set foot on campus. This season he used his Sundays—traditionally unscheduled days—to watch film with coaches. Tide staffers trade stories of walking into a dark athletic complex after hours to find one screen ablaze, Fitzpatrick pausing and rewinding. “He’s the standard of the program,” says junior running back Damien Harris, a top NFL prospect who credited his success in 2017 to his offseason working out with Fitzpatrick.

“I just like being around him,” Alabama coach Nick Saban says. “I like the way he goes about his work. It’s fun to see him improve and take on new challenges. He’s just one of those favorite guys.” 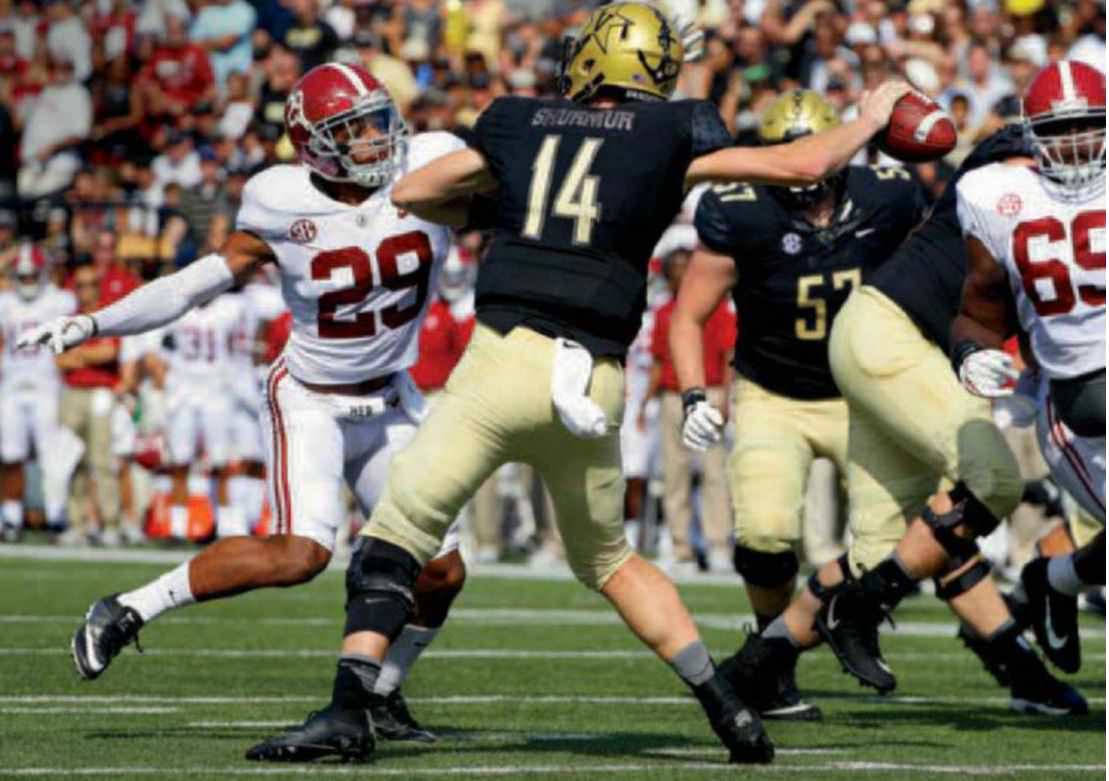