What Do Animals Dream About? 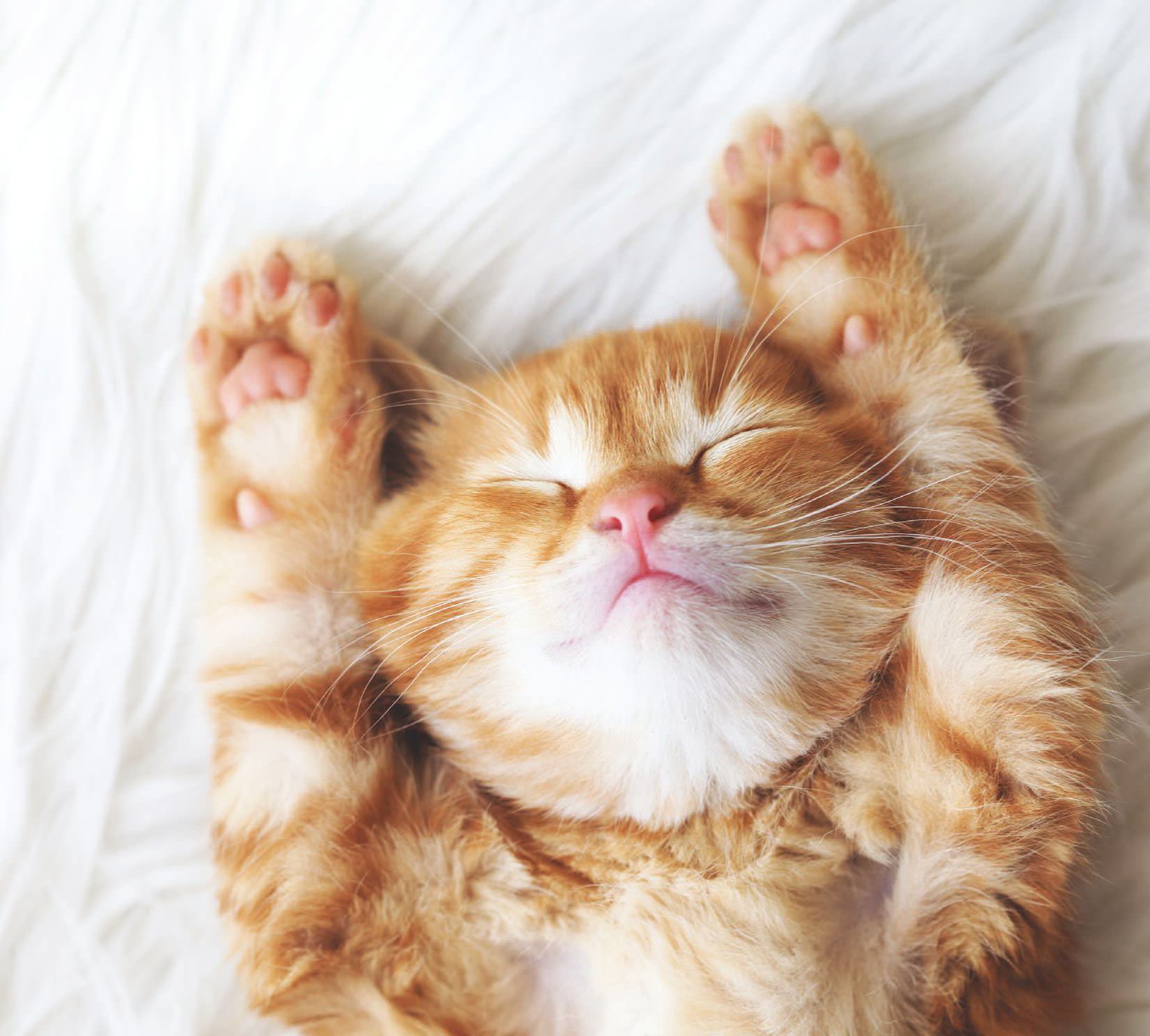 Peek Inside the Minds of Sleeping Animals.

Your dog whimpers in his sleep. Your cat twitches. It definitely looks like your pet is dreaming. We can’t ask them about it, but scientific evidence—based on similarities in our brains and behavior while sleeping—seems to indicate that animals do dream, just like us. But what are they dreaming about? Scientists are looking at sleeping cats, rats, and even bees to find out what really goes on when they snooze.

In people, the most vivid dreams happen when we experience rapid eye movement, or REM, sleep. During this time, our muscles are normally paralyzed so we don’t act out our dreams, but our brains can be even more active than they are when we’re awake.

All mammals and some birds also experience REM sleep. Other creatures, like reptiles and some insects, might go through REM sleep—or something resembling it.

“They probably don’t have the rich narrative dreams that we experience, but it seems reasonable to think that animals have images and some form of thinking during REM sleep,” says Patrick McNamara, a neuroscientist at Boston University.

We first began to peer into the minds of sleeping animals in the 1960's. French scientists discovered that removing cells from the part of a cat’s brainstem called the pons prevented the animal from becoming paralyzed during REM sleep. Instead of lying still, the cats got up and walked around, moved their heads as if following prey, and chased invisible mice—all while still fast asleep. These behaviors hinted that the cats were seeing images during REM sleep and acting out things they liked to do in their waking hours.

Scientists recorded the activity of nerve cells in the brains of zebra finches as they sang. Particular brain cells activated, in a recognizable pattern, when the birds sang specific notes. Then the scientists looked at those same cells as the birds slept. In sleeping finches, the brain cells showed the same patterns of activity that researchers observed when the birds were singing.

The finches appear to replay melodies in their dreams, practicing their songs while they sleep.