The Rise & Fall of the Terror Birds 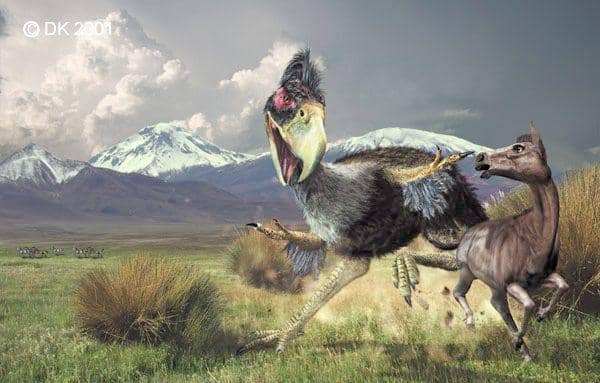 AFTER THE DINOSAURS, A NEW PREDATOR REIGNED IN SOUTH AMERICA. FOR A WHILE.

Welcome to Florida . . . 3 million years ago. One day this land will be dominated by gentle breezes, palm trees, and grandparents. But today, it is ruled by a terrifying beast.

This monster stands taller than a basketball hoop. It has an enormous razor-sharp beak that can slice through flesh and crack bones. If it lays eyes on you, there’s little point in running away. Long, strong legs make it one of the fastest animals on land. Its speed and strength are rivaled only by its appetite for fresh meat. This creature is Titanis walleri, the largest of all terror birds. 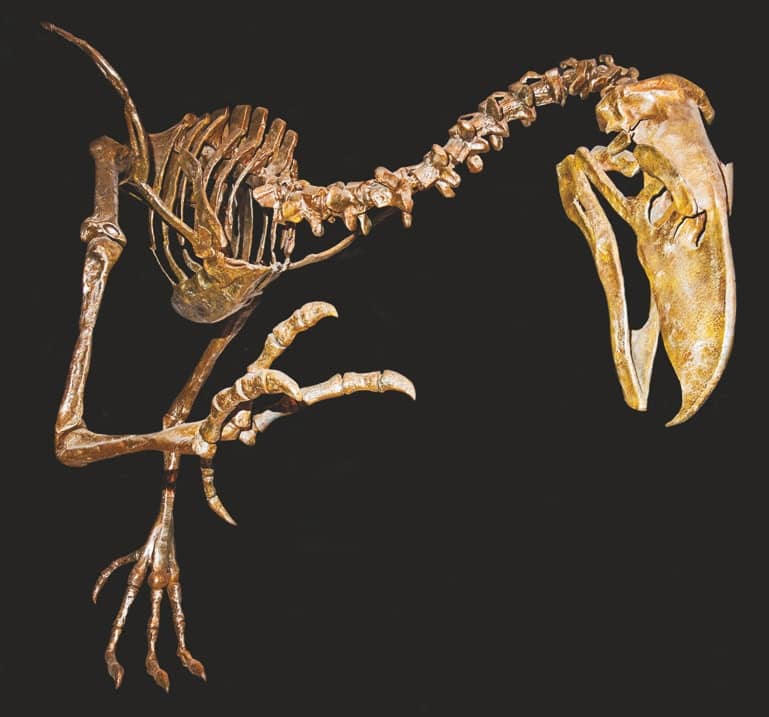 Terror birds (family Phorusrhachidae) were gigantic, flightless birds that rose to the top of the food chain after the Cretaceous Period came to a close. For more than 60 million years, terror birds ruled the roost as a top predator. Then they disappeared.

Like most of today’s plants and animals, the story of the terror birds begins in the Cretaceous Period. Life on Earth changed a lot during the Cretaceous. The huge land mass of Pangaea split apart. Over millions of years, the Earth’s plates moved inch by inch through the process of continental drift. Eventually the continents of Asia and North America and Africa formed. However, land bridges still connected these giant landmasses, allowing plants and animals to move back and forth between the new continents.

Meanwhile, continental drift also moved the landmass that would become South America. Unlike the other continents, South America remained as an island. By the end of the Cretaceous, about 66 million years ago (mya), South America was completely isolated from the rest of the world’s plants and animals. The continent was about to become evolution’s grand experiment.

At the end of the Cretaceous another life-altering event occurred. A giant asteroid slammed into Earth, crashing near what is today Mexico. Temperatures across the planet changed. Ecosystems collapsed. Earth’s dominant life form—the dinosaurs—could not adapt to a changing climate. The giant lizards slowly died out.