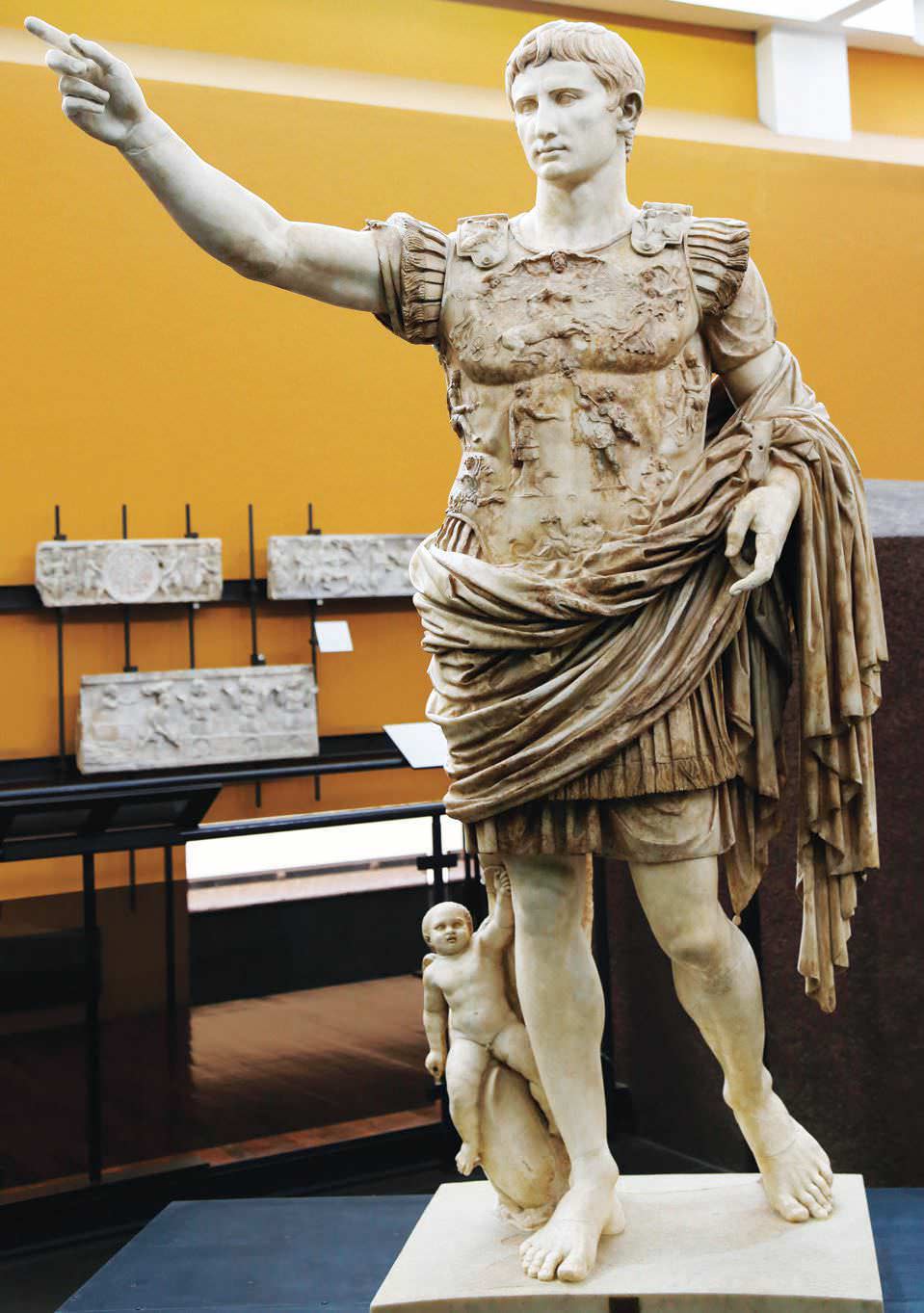 One of the most famous statues of Augustus is known as the Augustus of Prima Porta (right), named for the site where it was found. Prima Porta is the suburb of Rome where Augustus’ wife Livia built a huge house, known as a villa.