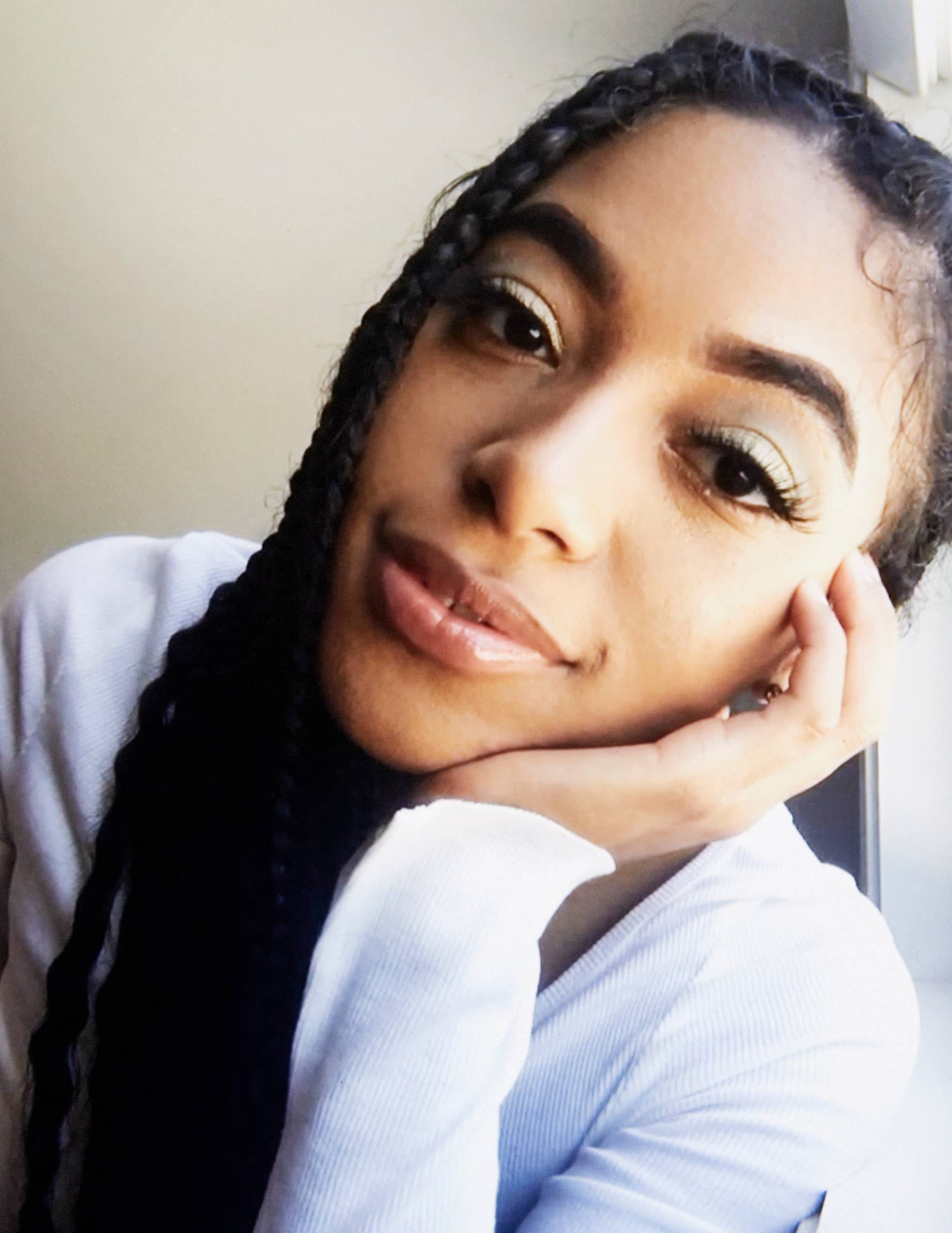 The Texas born and Atlanta raised singer and dancer began singing in church choirs and did youth beauty pageants, ultimately deciding at a young age that she wanted to be a professional entertainer. Ayanis recently caught the ears of industry notables and inked her deal with Island Prolific/Atlantic Records. Ayanis sat down with Glitter to talk about her sound, how participating in beauty pageants helped influence her career, when she started music, her musical influences, her new single, “Little Boy, Big Talk” featuring Queen Naija, and her thoughts on #BlackLivesMatter. We’d love to see a collab between Ayanis and Drake! We’re helping manifest this right now. Read on to find out more on this talented singer and songwriter, who smooth sound and moves may remind you of a new age Aliyah who is all about female empowerment.

GLITTER: So where are you currently isolating?

AYANIS: I am isolating in Atlanta. I live in Atlanta, so. Yeah.

GLITTER: Where did you grow up and how did you realize that you could sing?

AYANIS: I was born in Texas. It's a little town called Wichita Falls. I'm a military kid. My dad was in the Air Force. So, yeah, I kind of got my start in church. So me, my sister, my brother were in the choir. And that's like, when I started singing. I was really young... two, maybe three or four or something like that. Yeah. But, Texas and then I moved to Georgia, and then my dad retired here. So, yeah, southern girl (laughs).

AYANIS: When I was younger, I've always just been a very, I don't know, like an outgoing kid, very like: Look at me (laughs). I think that just carried over and I love music. My parents played such good music growing up when I was little because I was born in the '90s. So, you know, they played R&B, and they played Pop. They also played Rock. They played like pretty much everything. When I was like, nine, I was like, yeah, I want to be a singer. And my mom was like, That's cute (laughs). I was like, no, for real. When I was 14, I was in a group for a really short amount of time. In high school, I did YouTube covers and that's where I got started and hit the ground running. Like, I'm going to sing, like, this is what I really want to do.

GLITTER: How did beauty pageants influence your music career?

AYANIS: I did beauty pageants when I was young. It was a big thing at the time. I did them in Texas and I think that I, did I do some in Georgia? I think I did some in Georgia. But it wasn't too many. But I did a few. And I don't know. I enjoyed them. I feel like they taught me, you know, poise and, like, posture and different things like that. Yeah. It was fun for sure. I did like, dancing and stuff and then talent competitions and different things.

GLITTER: Did that help you perform in front of people?

AYANIS: Yeah. When it comes to being in front of people and performing, it's just like, I guess, natural, you know, when it's time to. It's weird because before I go on stage, I would definitely get butterflies. Like, I get like “Oh, girl.” I will get so nervous. But once I step on the stage, it's like, I don't know what happens. Just I don't know. I'm just ready as it happens I guess.

GLITTER: How did you start making music?

AYANIS: So, okay, 14, since we're doing timelines (laughs). I was in the group and then I did YouTube and then one of my good friends at the time when I was in high school, we kind of were like recording in the closet. And then there was a producer I was working with by the name of Mello The Producer, and I was working with him for some time. And then recording. I was recording with him and then my A&R, he stumbled upon me because I had been like, you know, out here in Atlanta, grindin', you know, going to events, performing different things like that, and my A&R just saw me working. He reached out and we had a meeting. Then I met with my A&R Chris Jones, Island Prolific Records, and Prince Charles. And we recorded and did a couple of records. It was just chemistry, instantly, the music just naturally was flowing, and I just, I don't know, that's how my meeting came about with Atlantic.

GLITTER: Who would you say are some of your musical influences?

GLITTER: How do you find inspiration for the songs that you create?