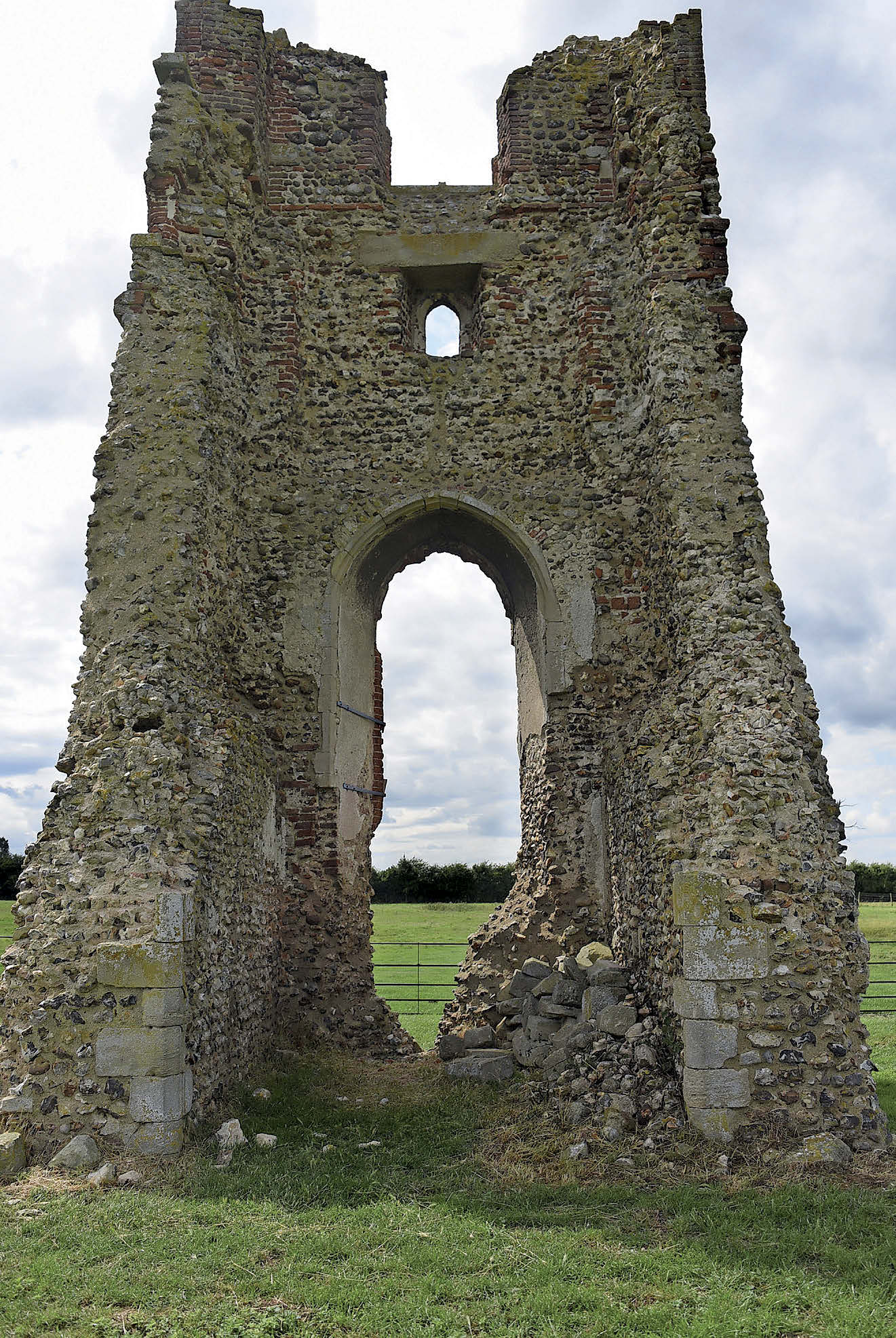 Beneath any map of Norfolk lies another, studded with the names of places that are barely there, deserted villages engulfed by time – and fields, forests, sand and sea

Some have vanished so completely that they are simply a name in an ancient chronicle, like Hargham, near Quidenham, Letha, near Blofield, Nelonde, near Wreningham, and Golosa and Jerpestun, both near Loddon, and all mentioned in the Domesday Book. Others leave more behind – mounds in fields marking the site of homes, ‘hollow ways’ which were once streets, stories, ruins, and sometimes entire churches.

A thousand years ago a king of Norway, Sweden, Denmark, and England failed to hold back the tide. King Canute was proving a point. Even a Viking hero could not command the waves.

We still can’t. The cliffs of our northeast coast continue to crumble. Out at sea, whole villages have drowned. Ship-den, north of Cromer; Ness, east of Winterton-on-Sea (maybe once just Winterton), medieval Eccles-on-Sea which is now mainly Eccles-beneath-the-sea. Its church stood on for centuries until finally being engulfed by sand and sea.