Turnaround at AkzoNobel Pakistan in the making? 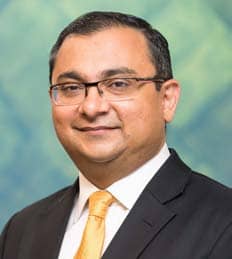 It has been a rough few years at AkzoNobel Pakistan, but there may finally be light at the end of the tunnel. Profits have begun to rise again, and the company is beginning to operate at significantly better efficiency levels than it has been in the recent past.

For the financial year ending December 31, 2019, the company announced that it had achieved revenues of Rs5,611 million and net income of Rs549 million. While revenues were actually down by about 3.5% compared to the previous year, profits had grown by an astounding 41.8% over the same period last year, the highest growth rate in the company’s profits since 2013.

It represents a remarkable turnaround for AkzoNobel, which has been going through a considerably painful period of restructuring and a general slowdown in the construction industry, which has caused demand for its products to sharply decelerate.

AkzoNobel is a paint manufacturing company headquartered in the Netherlands. Its Pakistani subsidiary is among the leading manufacturers of paint in the country and has been a leading supplier to the Pakistani construction industry.

What is particularly impressive about AkzoNobel’s results in 2019 is that they have come as the result of the company’s ability to curb its costs, particularly with respect to selling and distribution costs. AkzoNobel Pakistan CEO Saad Mahmood Rashid has presided over a restructuring exercise that has resulted in a reduction in the company’s headcount in the country, in addition to a reorganisation that has resulted in each division of the company becoming more closely integrated with its global business units in order to be better coordinated across the world.

Rashid has served as the CEO of Akzo- Nobel Pakistan since November 2017. He had previously headed the company’s decorative paints business, its core business line in the country, a position he held for three years. Prior to that, Rashid worked for 10 years at Reckitt-Benckiser in a variety of sales roles. He previously worked at PepsiCo Pakistan and British American Tobacco’s local subsidiary, Pakistan Tobacco Company.