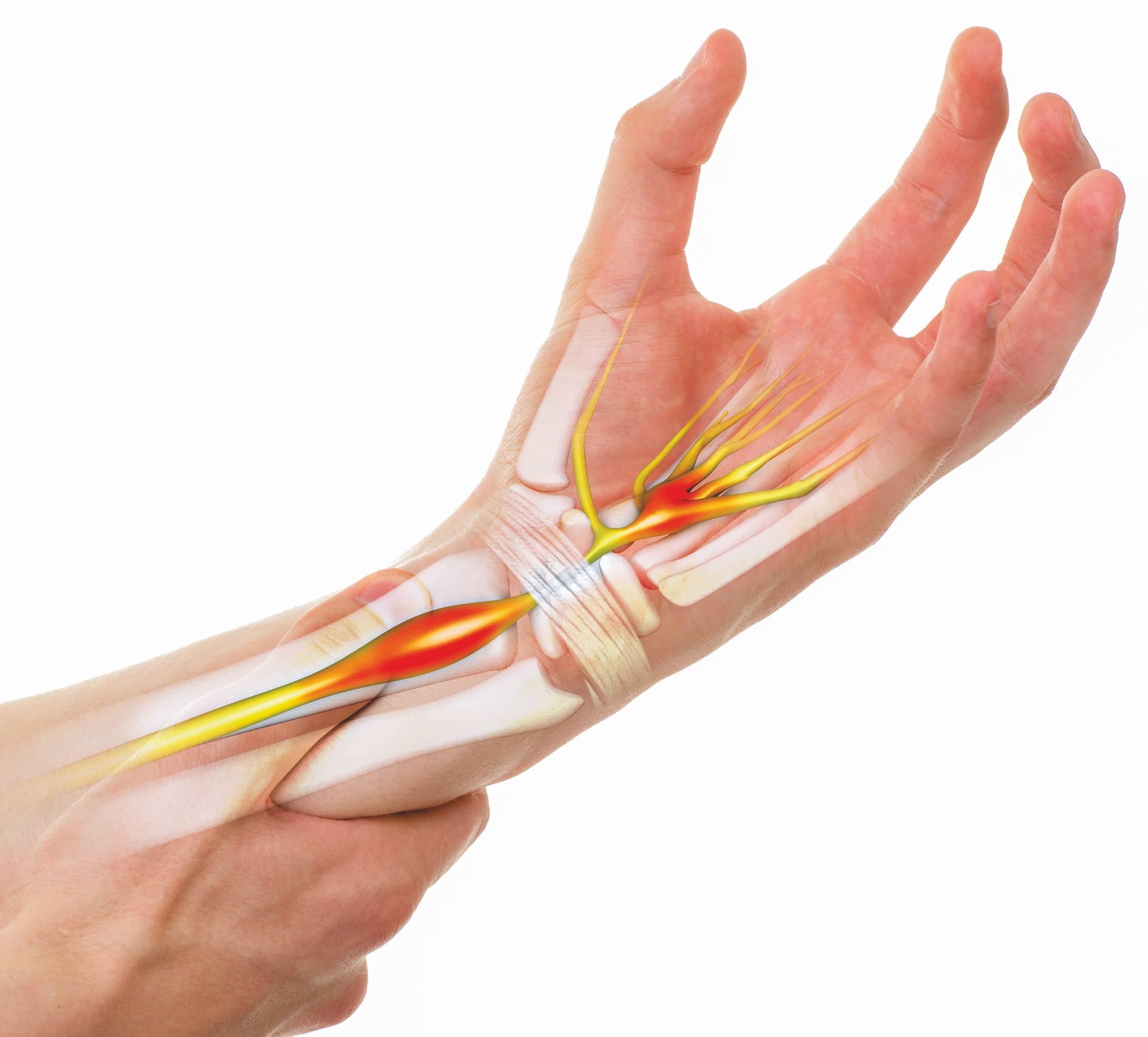 Carpal Tunnel Syndrome (CTS) is a common condition affecting the hand. It is characterised by pain, tingling, burning, and numbness along the thumb, index, middle and half of the ring finger; the little finger is not affected. This condition begins gradually and the symptoms are intermittent at first. Symptoms can often appear at night as many people tend to sleep with their wrists bent. If left untreated, the condition progresses resulting in frequent or persistent symptoms. In severe or advanced cases, there is wasting of muscles at the base of the thumb resulting in reduced grip strength and inability to grasp objects. It usually affects people over 30 years of age and is more commonly seen in females. Its prevalence is estimated to be between 1% and 5%.

It is caused due to compression of a major nerve of the hand called the median nerve near the wrist. It is caused due to prolonged repetitive movements of the hand and the wrist (use of mouse and keyboard), persistent use of vibrating tools, extreme positions of the wrist for long periods, heredity, wrist fractures, alcoholism, and obesity. Conditions like rheumatoid arthritis, hypothyroidism, diabetes, and pregnancy can also cause CTS.