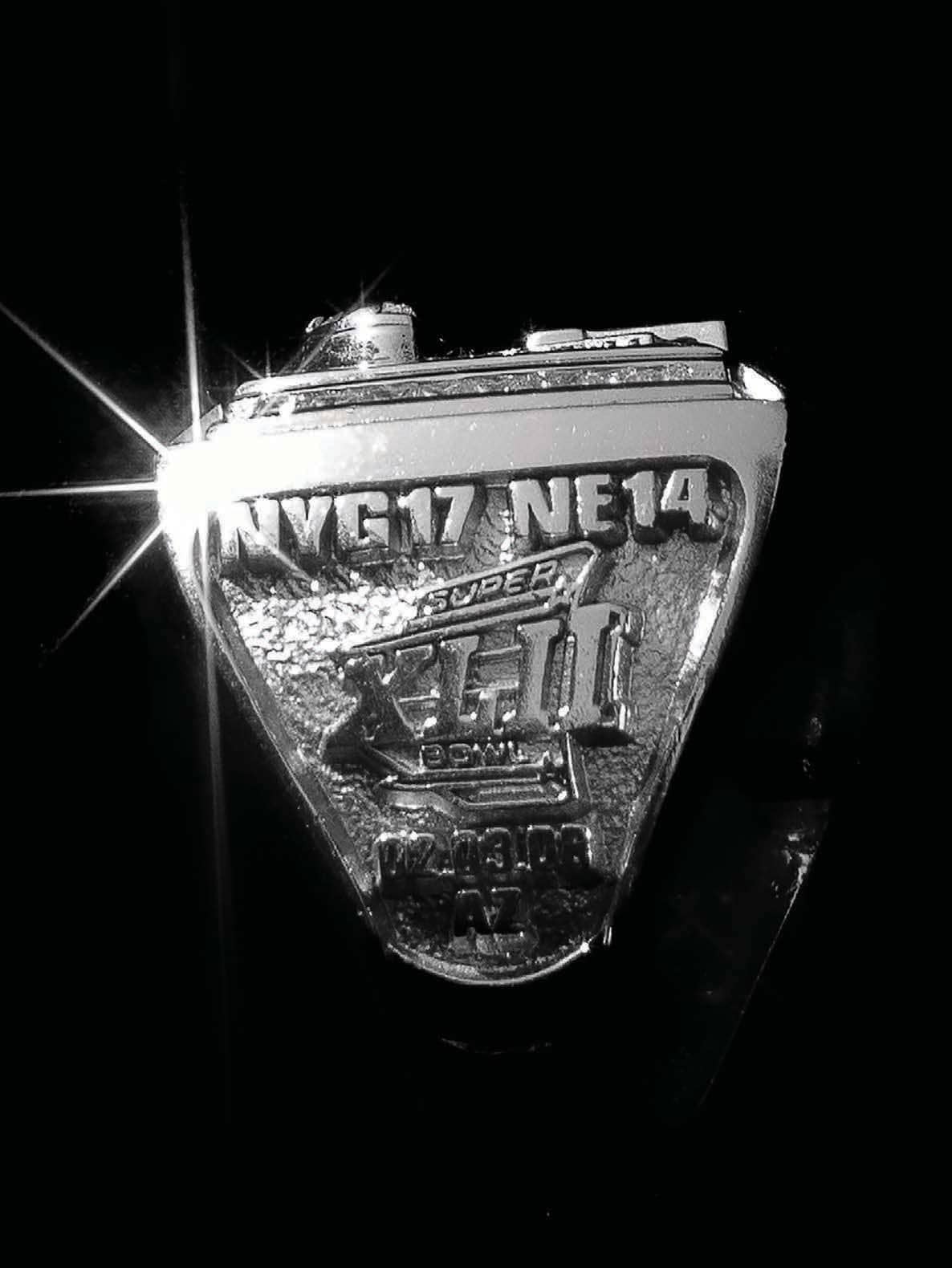 Sean Murphy was an epic weed smoker, a devoted Tom Brady fan, and the best cat burglar that Lynn, Mass., had ever seen

It was the play that turned “Manning” into a bad word in Boston. There was a minute left in Super Bowl XLII. The New England Patriots—Tom Brady’s undefeated New England Patriots—needed one defensive stop to beat the New York Giants. On third down, multiple Patriot defenders pushed through the line and grabbed quarterback Eli Manning’s jersey. But Manning slipped away and chucked a wobbly pass downfield, where a mediocre receiver, David Tyree, leapt, pinned the ball against his helmet, and somehow hung on to it as he crashed to the turf. Manning, the interception- prone doofus with the look of a confused middle schooler, would go on to beat Brady in the sport’s biggest game.

Sean Murphy seethed as he watched from his weed dealer’s couch. It was February 2008. Skinny, with deepset brown eyes, Murphy was a typical Patriots fan. He pronounced “cars” as “cahs,” got his coffee at Dunkin’ Donuts, and had a mullet and a horseshoe mustache, at least when his girlfriend didn’t make him clean up. He moved furniture for a living in Lynn, Mass., a down-and-out suburb on the North Shore, and on Sundays, when he could get tickets, he made the 40-mile drive south to Foxborough to root for the Pats.

But there was another side to Murph, as his friends called him. On Saturday nights he put on an all-black ninja suit and went out looking for things to steal. He was a cat burglar—the best in a town where burglary was still regarded as an art form.

A few weeks after the game, Murphy was at the Boston Public Library, browsing the internet and planning his next break-in, when he came across an article about the Giants’ Super Bowl rings. 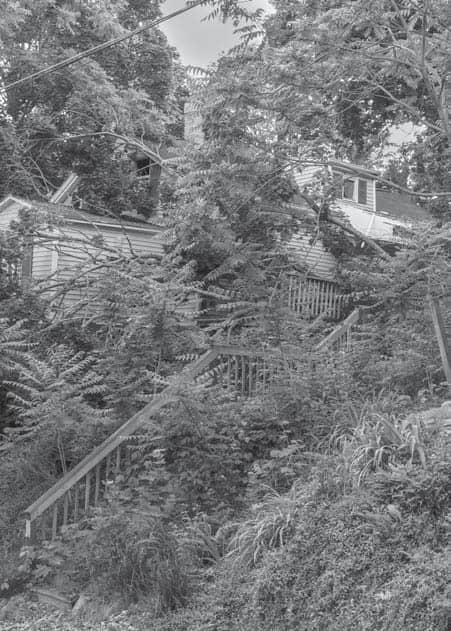 Michael Strahan, the team’s star defensive end, had told Tiffany & Co. that he wanted a “ 10-table stunner”—one that could be seen from 10 tables away in a restaurant. Tiffany had complied, designing a bling encrusted monstrosity: a thick white-gold band with the team logo and three Super Bowl trophies rendered in diamonds on top. Each ring, engraved on the side with the score, “NYG 17 NE 14,” was to have 1.72 carats. The Giants were producing 150, enough for the players, the front office, and the owners’ families. More noteworthy to Murphy, the rings, according to the article, were going to be manufactured by E.A. Dion Inc., a family-owned jeweler in Attleboro, two towns south of Foxborough.

After dark on June 8, Murphy and a friend slinked behind the company’s office and workshop. The industrial park surrounding the white, one-story building was deserted, and it was so quiet they could hear cars pass on the highway a half-mile away. They wore their usual—black jumpsuits, black gloves, black booties over their shoes, and black masks with slits cut for their eyes—and carried crowbars, power saws, drills, and a cellphone jammer, a large metal box with four antennas.

They climbed onto the roof. Murphy found an outlet, plugged in the jammer, and turned it on. His accomplice walked the perimeter, trying to make calls with a burner cellphone as he went. No signal. Perfect.

Murphy leaned over the edge and cut a black wire coming from a telephone pole. Then he plugged in a drill and a power saw and started going at the roof itself. The grinding of metal on metal echoed through the industrial park. Once he completed a square hole, he jumped down onto a cage on the shop floor.

Inside the building, Murphy and his buddy found gold rings, gold necklaces, gold plates, boxes of gold beads, and drawers full of melted-down gold. Unable to crack the safe, they lifted it on a jack and pushed it through the loading dock onto their 24-foot box truck. Murphy was sweeping gold dust off the workstations when his accomplice came out of an office, his hands glittering with diamonds. There was a Super Bowl ring engraved “Strahan” and a few others that read “Manning.” By the time Murphy had finished loading up the box truck, he had more than $2 million of gold and jewelry and more than two dozen Super Bowl rings.

In Lynn, a town of 90,000 filled with vinyl-sided houses and abandoned factories, burglary was a trade, passed down from criminal to criminal. “Lynn, Lynn, the city of sin / You’ll never come out the way you went in,” a popular rhyme went. In the 1970s and ’80s, when Murphy was growing up, local thieves specialized in prying open the doors to pharmacies at night and stealing pain pills to resell. “I didn’t think we were doing anything wrong—we’re from Lynn,” a burglar joked after a drugstore break-in, according to a police officer.

Murphy was introduced to burglary in the summer after eighth grade. One night his brother and some friends came home riding freshly stolen Yamaha dirt bikes. They told him if he wanted one, he’d have to sneak into the store and grab it for himself. He did. That Christmas, on a sleepover at his aunt’s house, a cousin helped him crack his first pharmacy.

Murphy’s father, Teddy, worked at the General Electric Co. jet engine plant that’s still the town’s biggest employer. But in the ’70s, when his son was in school, Teddy spent most of his free time at the Lynn Tap & Grill, where he sometimes brought his kid to bet on Pats games. This was before Bill Belichick, before Tom Brady—back when the Pats usually lost. Teddy never asked his son about his new source of cash, not even when he bought a midnight-blue Camaro. In high school, Murphy spent his loot on epic keggers and smoked as much weed as he wanted, which was a lot.

He first went to prison at age 17, after spinning out a stolen Corvette in a police chase and then, when the cops showed up at his parents’ house, fleeing on foot. It wasn’t as bad as he’d imagined. “Everybody’s scared about jail,” Murphy says during one of our many conversations over the past year. “I got there, and my whole neighborhood was there.” 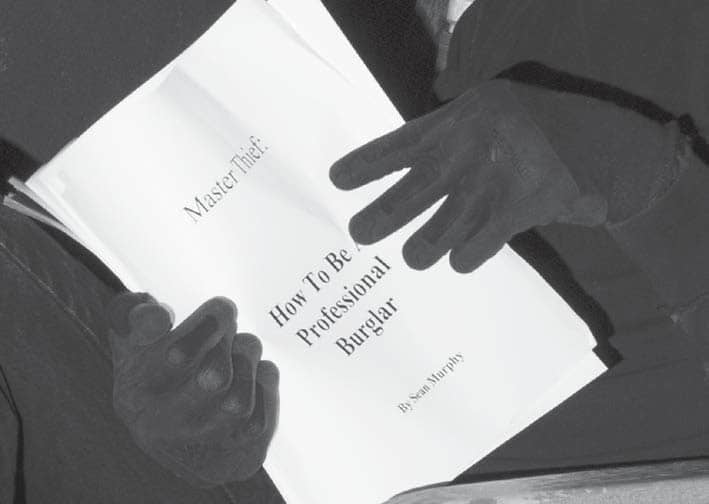 Murphy got out after a few months and spent much of the ’80s and ’90s hanging with his buddies, cruising Lynn in his Camaro blasting Mötley Crüe, and burglarizing stores. He wanted to be the best the town had ever seen. He abstained from alcohol, mostly, and he didn’t use any of the painkillers he stole. But he loved lighting up a joint, sitting back in a chair, and thinking through his next caper.

Heist by heist, Murphy honed his technique. He practiced how to disable alarms, how to tie a climbing rope to rappel down from a roof, how to cut steel with a plasma torch, and how to crack a safe with an electromagnetic drill press. He was fanatical about not leaving evidence, concealing his fingerprints with gloves, his footprints with rubber booties. He once even sprinkled a crime scene with cigarette butts collected from a homeless shelter to confuse any attempt at DNA analysis.

During a prison stint, he wrote an instruction manual titled Master Thief: How to Be a Professional Burglar, which he planned to sell to wannabes. Among his rules: Break-in at nightfall on a Saturday, leave as the sun rises on Sunday. Cut the phone line, smash the alarm, and take the security tapes. Take half the score and let everyone else split the rest. And no weapons, because they lead to a longer prison sentence, and most places aren’t guarded at night anyway.

“I’m not one of those cowboy-type guys,” Murphy says. “The idea is, sneak in, do what you gotta do, and get out of there with nobody seeing you.”

Each time he got busted, Murphy saw it as a fluke, chalking up his failure to an unreliable accomplice or bad luck, even as he compiled a rap sheet of convictions on more than 80 counts. Somehow, prison time only increased his determination to be a criminal genius. During one seven-year stretch in the ’90s, he taught himself law so he could argue his arrests were improper. He also read widely on electronics; he was particularly impressed by a Popular Science article that explained how some alarm systems had cellular connections to police that could be defeated using an industrial-strength signal jammer. “An alarm is only as good as its ability to call for help,” he says.

Armed with a jammer, Murphy felt like he had superpowers. He could break into safes at leisure, free from fear that the authorities were coming. He coined a verb: to murph, meaning to cut communications lines and block wireless transmitters. He was so proud of his trick that he wrote to the president of Costco saying his “elite team of experts” had robbed its stores in “high-tech heists” and offering his services to stop other criminals. “You can now hire my security consulting firm to utilize our expertise,” Murphy wrote, signing his full name and address. Costco referred the letter to the FBI as a possible extortion attempt, but the feds didn’t pursue it. 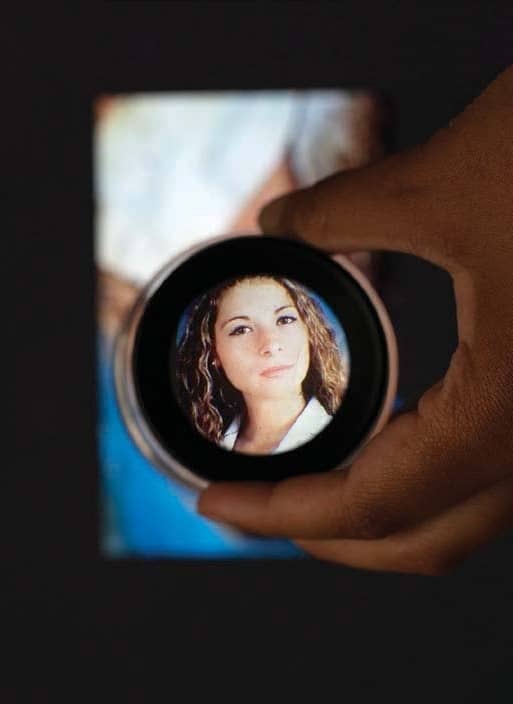