So, You Crashed Your Bugatti. Now What? 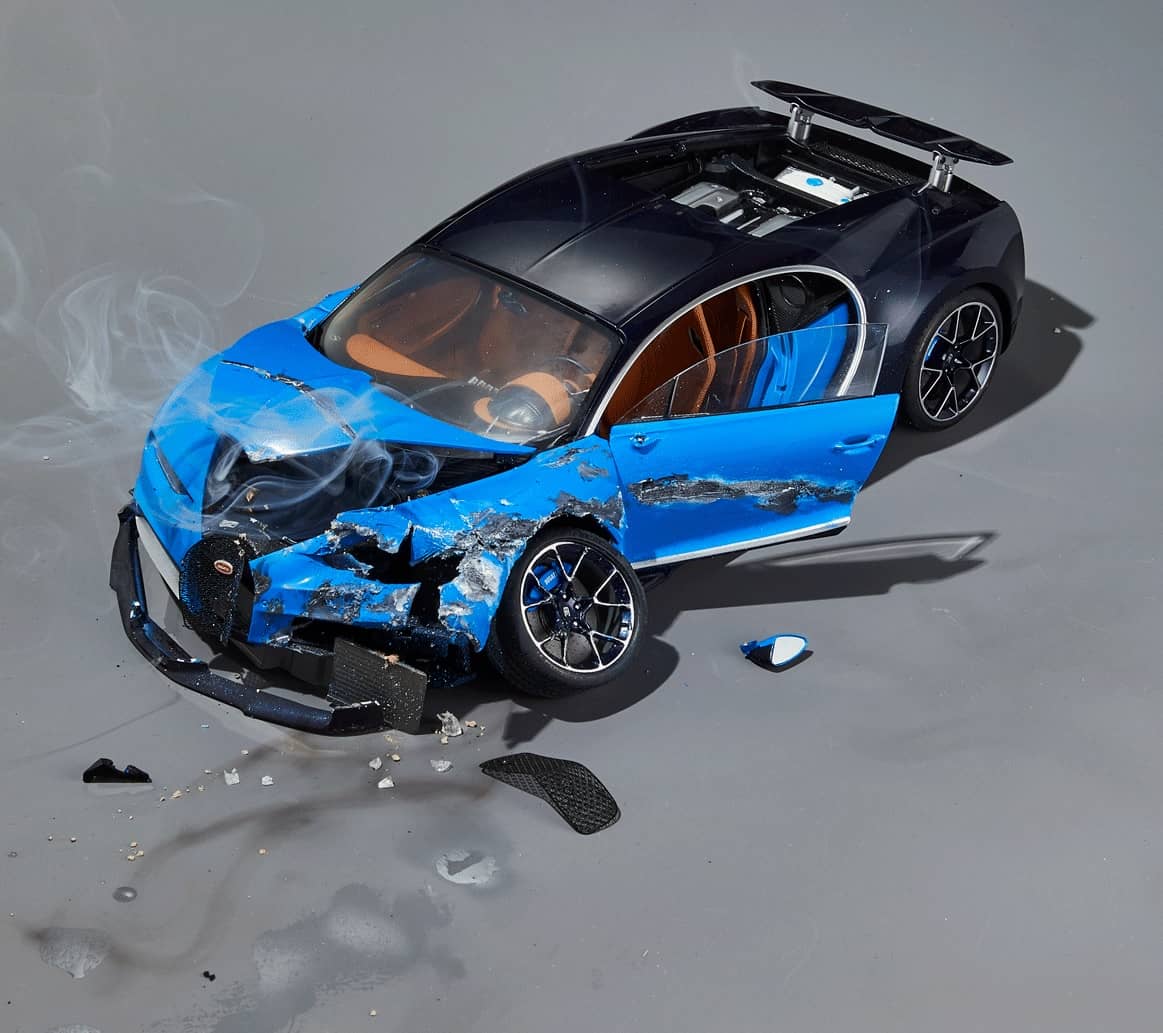 The complicated, costly, world-crossing process of fixing a wrecked supercar.

There’s no rule that says you’ve got to be a great driver to own a supercar. Oftentimes, quite the opposite is true. Witness the chronicle of crashes on wreckedexotics.com, the TMZ stories breath-lessly divulging which celebrity ride got mangled in L.A. traffic, or the cover of the New York Post blaring news of Tracy Morgan’s Bugatti bang-up in Midtown Manhattan in June.

But for the lucky few who do own such high-powered machines, the considerations that go into preserving their car from dings and dents are myriad. And they’re not, unfortunately, limited to perfecting their own driving skills. Just ask Kris Singh. In 2016 the Miami-based investor was hit while driving his $3 million Pagani Huayra down Collins Avenue. The culprit? An Uber driver.

“It sounded like a slap, and then I started spinning,” says Singh, whose 720,000 Instagram followers get eyefuls of his collection of million-dollar supercars from Koenigsegg, Lamborghini, Ferrari, and McLaren. “He ran a stoplight during rush hour, and I was the unlucky person he hit,” Singh says. “I thought I’d blown a tire, but when I looked back, the whole wheel was hanging offthe car. If I’d got hit any harder and hopped the curb, people could have died.”

Singh’s first phone call, once he stepped gingerly out of the Huayra, was to Pagani’s publicist. “I gave him a heads-up that this was probably going to be in the news tomorrow,” he says. “Then I asked for a truck.”

People who own supercars tend to have all the money in the world, but getting the cars fixed after a serious accident is a thorny procedure even for them. A small handful of technicians tend to be authorized to work on these outrageously complex and sensitive vehicles. If an unqualified monkey wrench tinkers with a supercar, a brand will be reluctant to take on further responsibility fixing it up.