Disney's Not the Happiest Place On Earth These Days

Bloomberg Businessweek|October 12 - 19, 2020
We're offering this story for free to read so that you can stay updated on the COVID-19 outbreak 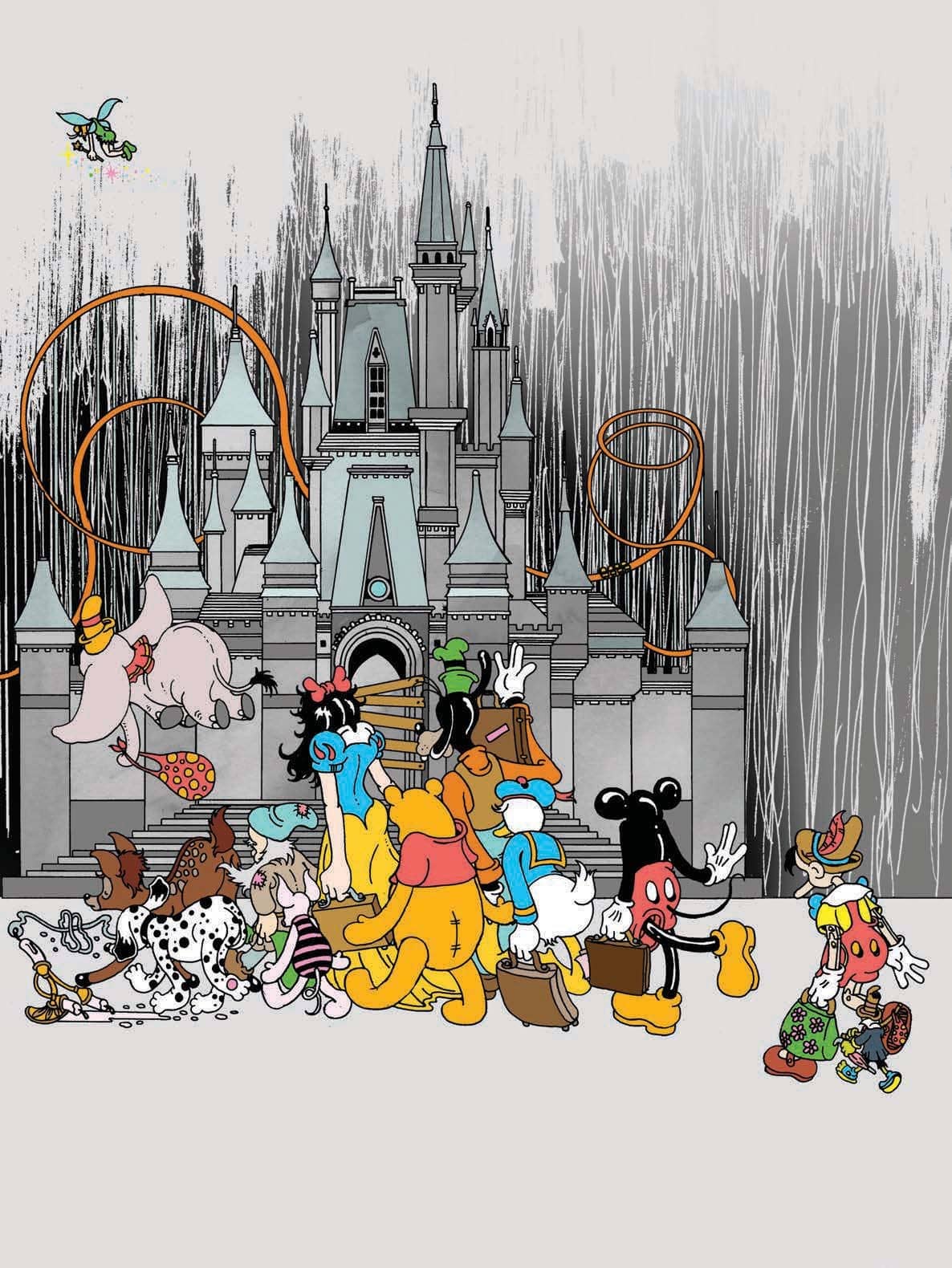 As it fires 28,000 workers, its Covid-slammed theme park business could lose $1.5 billion this year

By Michael Sasso and Christopher Palmeri, with Saijel Kishan

Caitlin Busscher, a nearly 10-year Walt Disney Co. employee, had been looking forward to returning to work after maternity leave. Busscher, who started out taking customer surveys on Main Street of the Magic Kingdom Park, worked her way up to designing custom tours for families coming to Orlando. Last week was supposed to be her first back. It didn’t turn out that way. Busscher was notified on Oct. 1 that her job was being eliminated—along with about 28,000 others at Disney’s pandemic-slammed U.S. resorts and consumer products division.

“I think people understand it’s a business decision, it’s not personal,” says Busscher, 34, who’s looking for another job, possibly one that isn’t travel-related. “I don’t know what’s around the corner.”

Theme parks, purveyors of family fun and good times, are looking like anything but the happiest places on Earth these days. In addition to Disney’s firing of about a quarter of the employees in its U.S. resorts business, other operators, including Comcast Corp.’s Universal Studios and SeaWorld Entertainment Inc., have idled or let go thousands of workers. That’s because attendance by domestic guests has been limited, both by social distancing requirements and the unwillingness of Americans to get on airplanes for vacations. International visitors are almost nonexistent because of travel bans. In California, home to Disneyland, state officials have been reluctant to even let parks reopen.

“People are just not ready to come back yet, and we’re experiencing that in every segment of the industry—theme parks, water parks, family entertainment centers,” says Dennis Speigel, a theme park consultant in Cincinnati. “It has been catastrophic.”

The pain at the parks mirrors what other businesses dependent on travel and big crowds are experiencing, from casinos in Las Vegas to your local movie theater. With the virus still a significant risk, a feeling likely reinforced by President Trump’s diagnosis, it’s possible many tourist-dependent cities will see a second wave of economic damage this year, brought by the new rounds of job losses. “The Disney layoffs signal the leisure industry won’t be the same, not anytime soon,” says Mark Zandi, an economist at Moody’s Analytics. “It’s going to take two to three years to fully catch up. This is not coming back fast.”

After shutting its parks in March, Disney kept paying its employees. A month later, it shifted to furloughs, meaning employees continued to receive benefits but didn’t get paid. When summer came and its Florida parks reopened to disappointing traffic, Disney began telling workers many wouldn’t be coming back. But the size of the cuts has shocked them nonetheless.