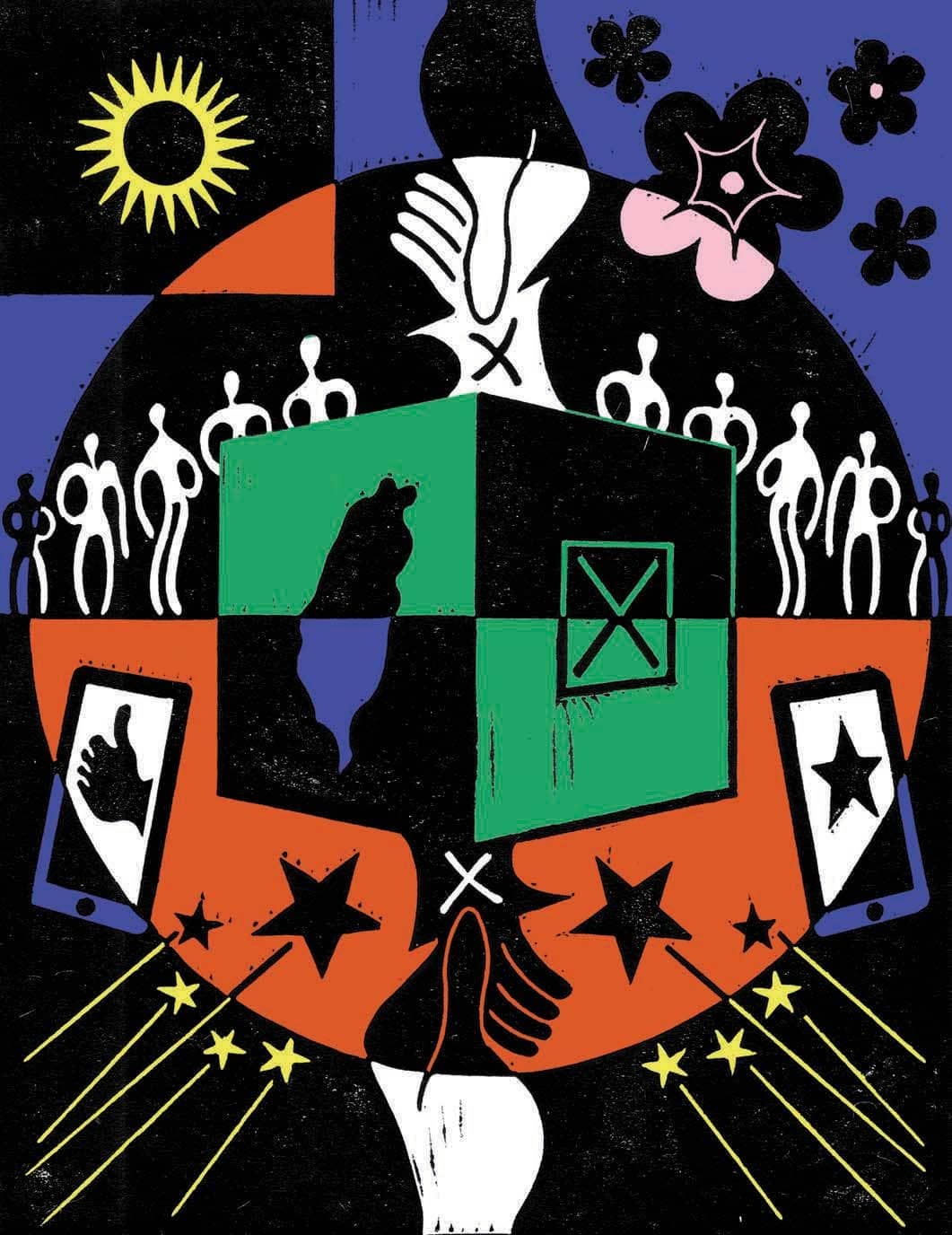 Holger Chen cuts a fierce profile with his skull-tattooed biceps, each bigger than a human head, and the oft- broken nose of a mixed martial arts fighter.

By Sheridan Prasso and Samson Ellis, with Cindy Wang and Adela Lin

In his YouTube broadcasts, watched by hundreds of thousands of people, he rails against “brainwashing” by websites linked to China and throws rhetorical punches at pro- Beijing television stations and newspapers that support Taiwan’s unification with the mainland. “They’re using our strengths, like free speech, as weak points to attack us,” Chen says over expensive tea served in incongruously delicate cups at his studio on the outskirts of Taipei. With his normal speaking voice on the verge of a shout, it doesn’t take much to get him into fighting mode. “We need to protect our country!” he bellows.

After decades of China’s veiled threats to invade and a long-running campaign to get Taiwan’s allies to shift their diplomatic allegiance to Beijing, researchers, government officials, and lawmakers in Taipei all say that China is pursuing a new tactic in the runup to Taiwan’s Jan. 11 presidential vote: election meddling. “China is following the steps from Russia,” says Tzeng Yi-suo, head of cyberwarfare at the Institute for National Defense and Security Research, which is advising Taiwan’s government on ways to counteract the interference. “In our election campaign periods, there is a most striking influence campaign coming from the Chinese Communist Party.”

The incumbent president, Tsai Ing-wen of the Democratic Progressive Party (DPP), has called “information warfare being waged from China” a threat to Taiwan’s democratic principles. Her chief challenger, Han Kuo-yu, from the Kuomintang (KMT) party, supports closer ties with the mainland. Last year, Han was elected mayor of Kaohsiung, a DPP stronghold, helped by overwhelmingly favorable coverage on Taiwan’s most-watched cable news station and what researchers say was a campaign of false claims and misleading information orchestrated by China. The DPP acknowledges that its own missteps and a strong campaign by Han contributed to last year’s election rout, but it’s hoping for a better showing in January. Tsai has been riding on renewed popularity since protests in Hong Kong crystallized fears about the “One Country, Two Systems” model of unification, which China’s President Xi Jinping has also pushed for Taiwan.