Norah Jones: No Sleep In Brooklyn 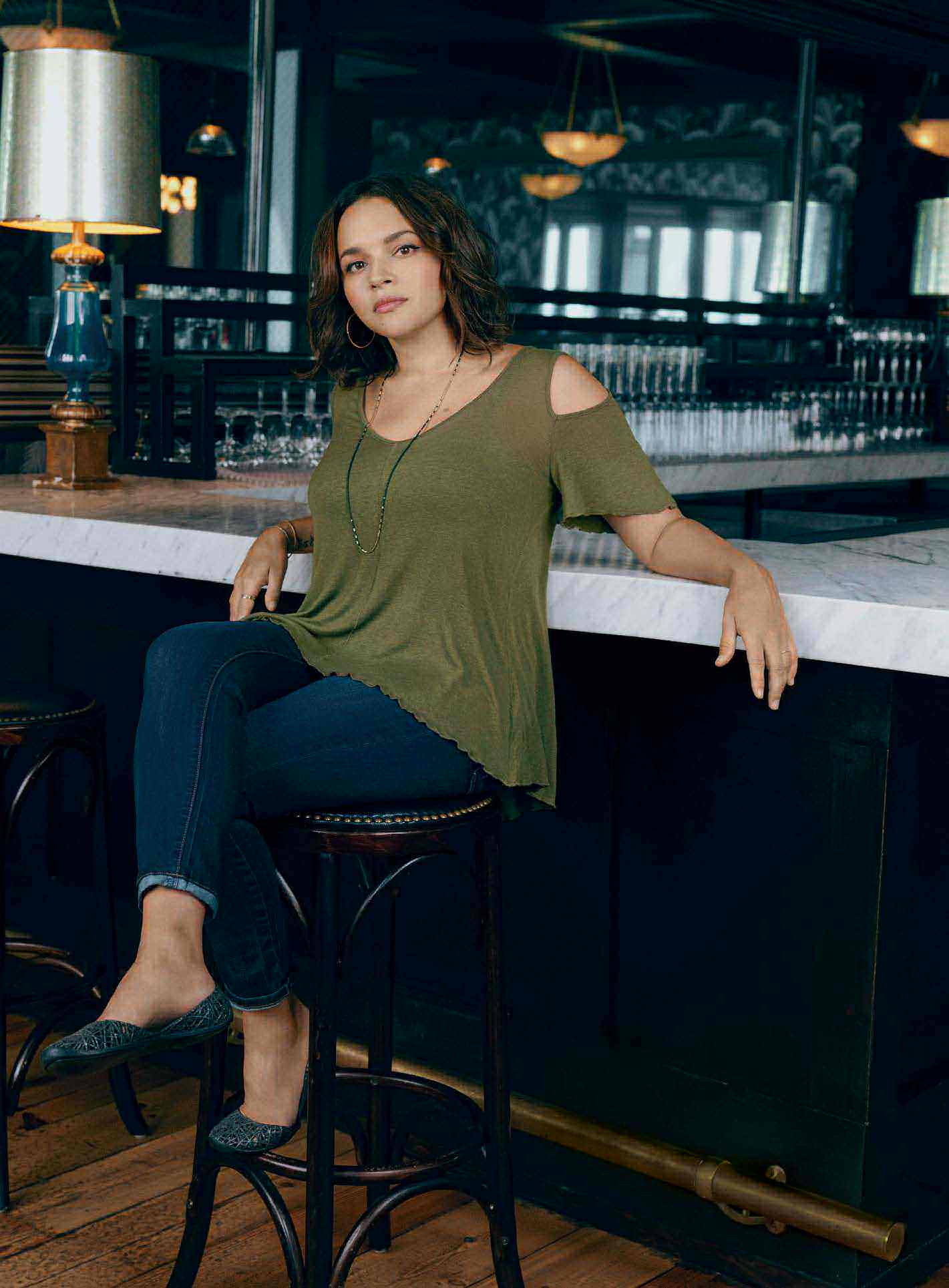 ...But not for the reasons you’d think. “The days of staying up until 4 a.m. are gone,” says Norah Jones, now with two kids, a new album and Trump anxiety.

I’VE HAD A LOT OF LATE NIGHTS WITH ME and my husband just dancing and cooking,” says Norah Jones. It’s the end of August, and the 37-year-old singer is tucked into a banquette in the back room of Brooklyn’s Bar Tabac when she drops this bit of domestic intel. Specifically, she’s describing the inspiration for the “Carry On” video — her first for new album Day Breaks (Blue Note, Oct. 7) — which features an older couple dancing around a kitchen table as Jones plays the piano off to the side. “I write songs on my kitchen piano,” she says, adding that her 2-and-a-half-year-old son’s favorite hobby is running laps around the room’s Island counter before bedtime.

It’s a rare glimpse into the life of one of music’s most private stars, which — by any account besides her own — has completely transformed since her last studio album, 2012’s pop-flavored (and Danger Mouse-produced) Little Broken Hearts. First there were the side projects — 2013’s Foreverly with Green Day’s Bill ie Joe Armstrong and 2014’s No Fools, No Fun with her alt-country band Puss N Boots. Then came the collaborations with everyone from Willie Nelson and Keith Richards to Seth MacFarlane and half-sister Anoushka Shankar. Her famous (and famously distant) father, Ravi Shankar, died in 2012, just before Jones started her own family. Today, she’s married with two children, the aforementioned son and a 6-month-old daughter.

“I invited some friends over for a barbecue recently,” she says. “I signed the email ‘Love...’ and then put all of our names — it’s five names, with the dog! Five names. That’s kind of crazy.” One name, though — that of her musician husband — is off limits: “He likes to stay mysterious, and I’m going to let him stay mysterious,” says Jones, holding her hands up in a “not guilty” gesture. “Totally his call!”

MORE STORIES FROM BILLBOARDView All