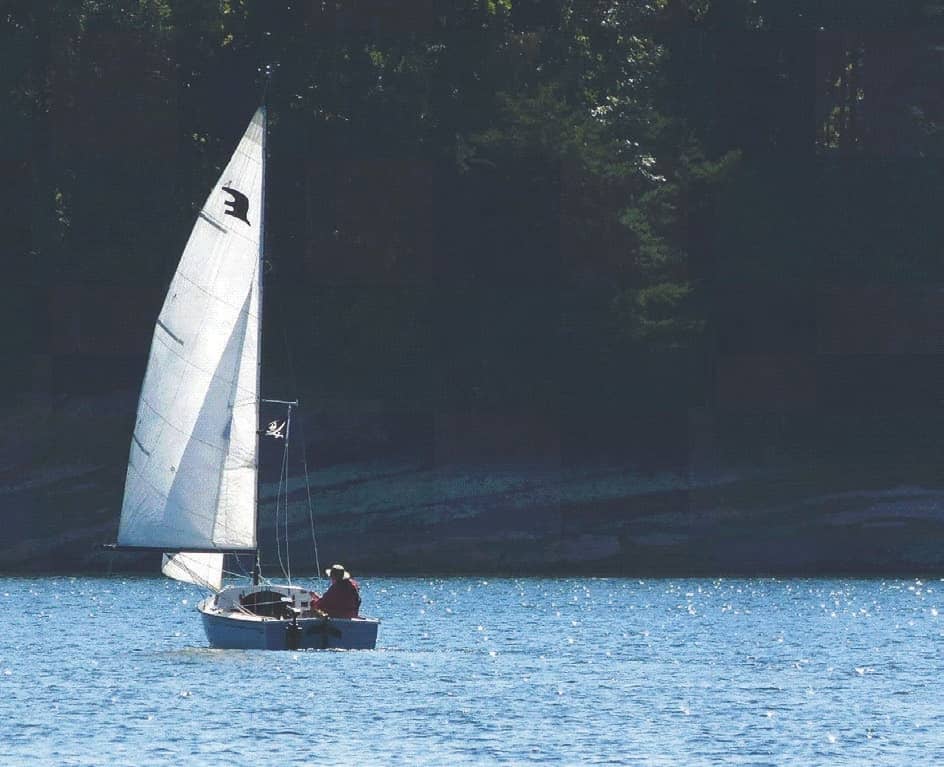 On May 1, 2009, while riding my beloved Triumph Bonneville motorcycle on Interstate 40 in Asheville NC, I was struck from behind by a tractor-trailer rig.

After spending several weeks in the hospital with various broken bones and only partial use of my left arm, I decided—after a 15-year hiatus—it was time to return to my other “first love,” sailing.

A year later, with most of the trauma behind me and armed with a reasonable settlement from the trucker’s insurance company, I started looking for a small sailboat I could single-hand…with only a single hand. I looked on Craigslist, Knoxville TN, and saw an ad for a Sunfish for $700. While I wasn’t really in the market for a board boat, the price was right and I’d started my sailing career on such boats. I made arrangements to view the boat and discovered it wasn’t a Sunfish at all, but a 1979 Sunbird 16—a far different creature.

The Sunbird, also marketed by AMF, is 16 feet long with a small cuddy cabin and a rather large cockpit. The boat came with a trailer and, although dirty, was in fairly good shape. It did have a patch on the stem at the waterline, but I was told the boat had been sailed several times since the patch, without issues. Further, since the boat was full of water I reasoned it did not appear to leak. So, concluding I’d rather have this boat than a Sunfish, two days later the boat was behind my truck en route to my office. I christened her the Lusty Slogger (formerly Judy) and prepared for launch day.

Fourth of July, 2010 was chosen as the day to get the boat wet. The general warning about not changing the name of a boat without an elaborate ritual proved to be true that day. Since I couldn’t raise the mast on my own, one-handed, I enlisted the aid of my brother-in-law. We raised the mast in the parking lot, only to discover I’d forgotten to install the new halyards. So, we dropped the mast and took care of that. Then as we started backing the boat down the ramp we discovered a powerline about 20 feet above the ramp entrance. (Naturally, the boat had a 22-foot mast.) So, down the mast came again. We moved to the other side of the electric line and all was well—we finally had the boat in the water.