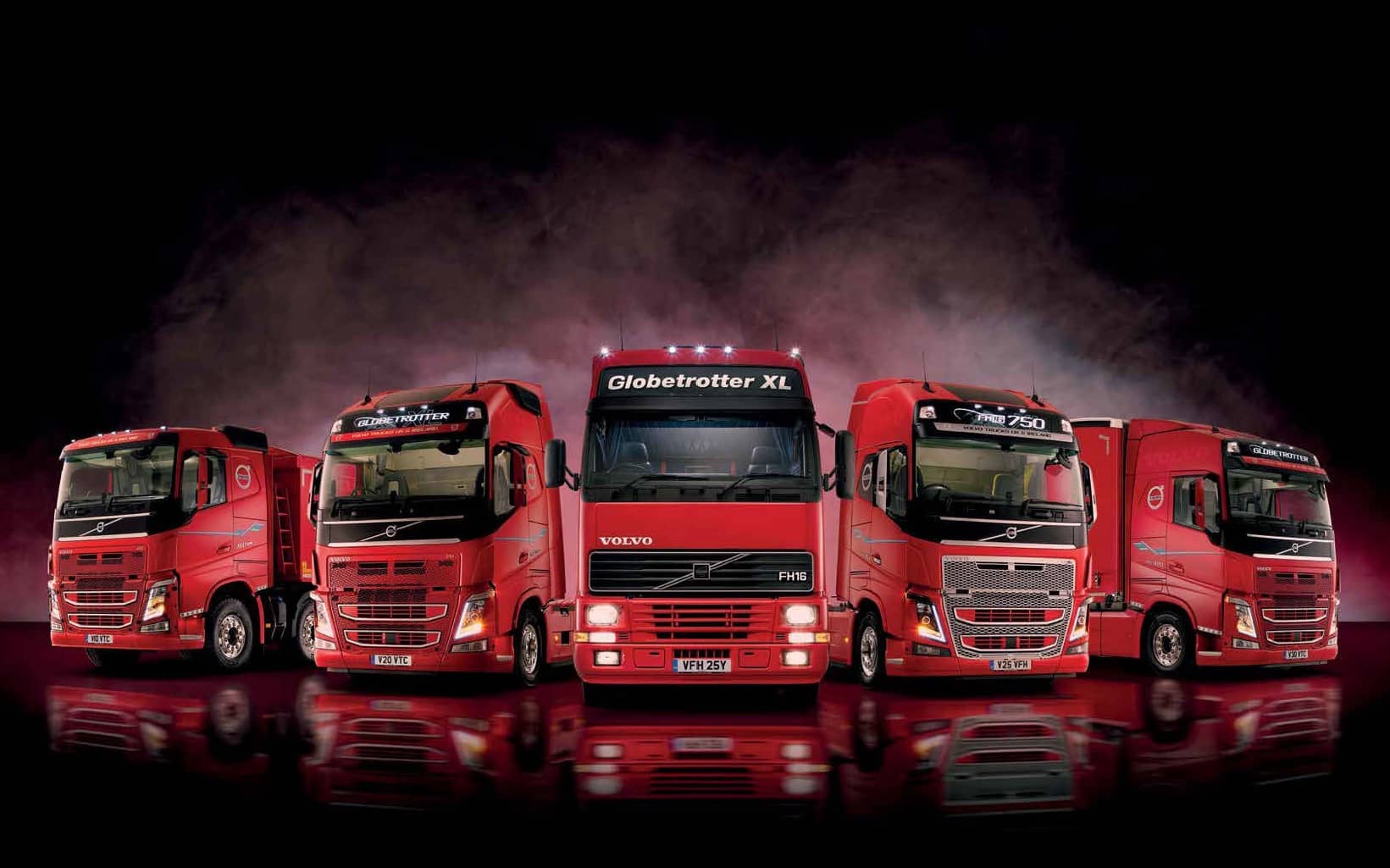 When T&D’s editor Dougie asked if I might be interested in doing a feature on my photography for the mag, my initial reaction was to laugh! “I could talk about the day we nearly killed one of the Commercial Motor staff or the blow-up doll I was sent to photograph sitting behind the wheel of a Scania. Or what about the test track fuel consumption shoot where the aerodynamic trailer lost to the conventional one?

Then there was the day I managed to lock the car keys in the boot in the middle of Liverpool. In the first of two parts, I will try to explain what a truck photographer’s stock in trade images are and how they’re captured. Next month I will showcase a few of my favorite photos, explain how they were done and with what type of equipment.

I don’t come from a transport background, so I can’t accurately explain what it was I saw in trucks. I bought magazines with my pocket money from a very early age. I left school with nothing other than painful memories about what a monumental waste of time the whole thing was.

My life kicked into gear when I met Richard Simpson. I was a driver and he was the then editor of what was at the time, Trucking International. With no writing experience whatsoever, I managed to convince Richard to hire me as a freelance journalist. Looking back, it was laughable. I owe him a huge debt of gratitude. My journey into the visual world didn’t come until a few years later. My first camera, a second hand Pentax P30, still sits in my office.

The first photographer who really caught my eye was Bryan Winstanley, who still shoots for Scania. Their musical-themed advertising campaign for the 3-Series was (and probably still is) the best set of truck pictures I have ever clapped eyes on.

I have two major clients in the manufacturing world: Volvo and Renault. Between them, I have shot thousands of images and have also been privileged enough to shoot their big advertising campaigns here in the UK.

On occasion, I do shoot for other truck makers, but the bulk of the rest of my work comes from PR and advertising agencies, and magazines like Truck & Driver and its sister titles Commercial Motor and now Transport News. This job has taken me from the Arctic Circle in the north to Africa in the south, and from China to the east and America to the west.

Shot over two full days, this image was intricate. Between Volvo Trucks UK’s head of media, Martin Tomlinson and myself, we had already planned the shot long before we rocked up to the Banbury studio. The shot aimed to showcase Volvo’s 25 years of the FH, so we’d be using their freshly restored, retro FH520 Globetrotter and four brand new models. All five had the same Volvo paint code, 1503 Scarlet Red, the color chosen to head up the campaign. One thing we knew wouldn’t be possible was to get all five in the studio at the same time, so this is where is got complicated.

Each of the five would have to be shot and lit individually, perfectly positioned with the studio floor gaffer taped, so when we put the whole lot back together in post-production, you couldn’t tell they weren’t in a row when the shot was taken. The floor, backdrop and smoke were all done in post. This image went on to front a whole pile of campaigns as well as an 8ft tall, 30ft wide print on the wall of the Volvo Museum in Gothenburg.

There were others captured during the same shoot, but the favorite of both Martin and I is the two trucks head-on with the 25th Anniversary Edition and the restored FH16 520 behind it. 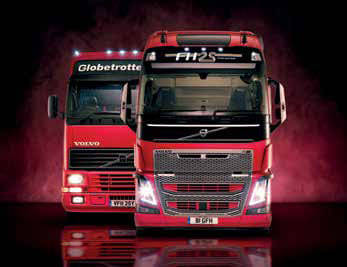