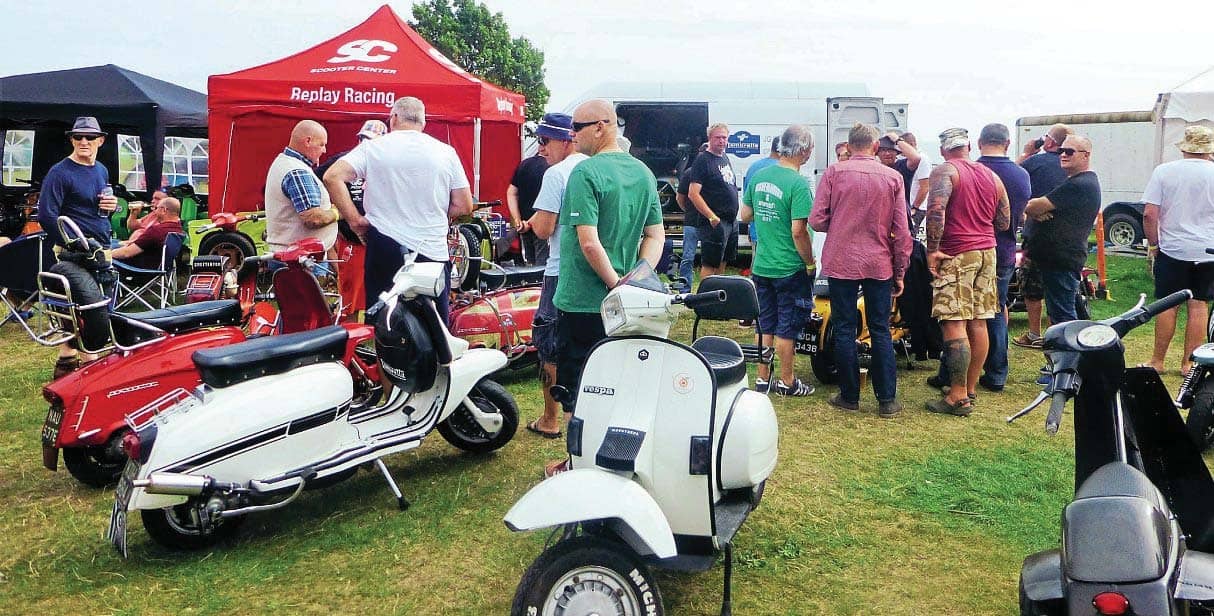 Carnage… absolute carnage. Mersea Island Scooter Rally 2019 was as bonkers this year as it has always been. Jamie Godley illuminates…

I was trying to explain to someone what I got up to at the weekend and this person just looked at me like I was mad. How do I explain that I was drinking 10 pints and eating 10 bananas within five minutes, attempting to catch flying eggs, pulling apart frozen t-shirts, running up and down a field pretending to be in a chariot with buckets of water and diving into a shit load of hay to find a beer, without sounding a little mad? Of course, I’m talking about the infamous Mersea Island games.

Before we get into that, in my opinion this rally is the UK’s best and most definitely worth the 440-mile round trip. Mersea is a little island in Essex, not the Scouse version everyone presumes it is. This rally really does cater for everyone. There is so much happening, it’s almost impossible to see it all. As soon as everyone arrived they parked up their scoots, set up their tents and cracked open a beer. Friday night dawned on us quite quickly so most people walked over to the courtyard area, meeting up with pals from other clubs and countries.

Immediately on offer in the main hall were DJs playing classic indie tracks. The Northern Soul room was doing what they do and there was the band marque. The rally hosts three bands each night and on Friday we witnessed Future of Legends, The Filthy Spectacular and Long Tall Texans. These three kicked off the night with great indie/mod/punk tunes getting everyone revved up. The headliners, Long Tall Texans, are an extremely lively punk band and have been around for about 30 years. They played some seriously fast-paced tunes, instigating a very large mosh pit that continued throughout their whole set. Sweaty men and women were battering each other one minute and loving each other the next. I think it’s safe to say the crowd of around 500 people in the marque thoroughly enjoyed it.