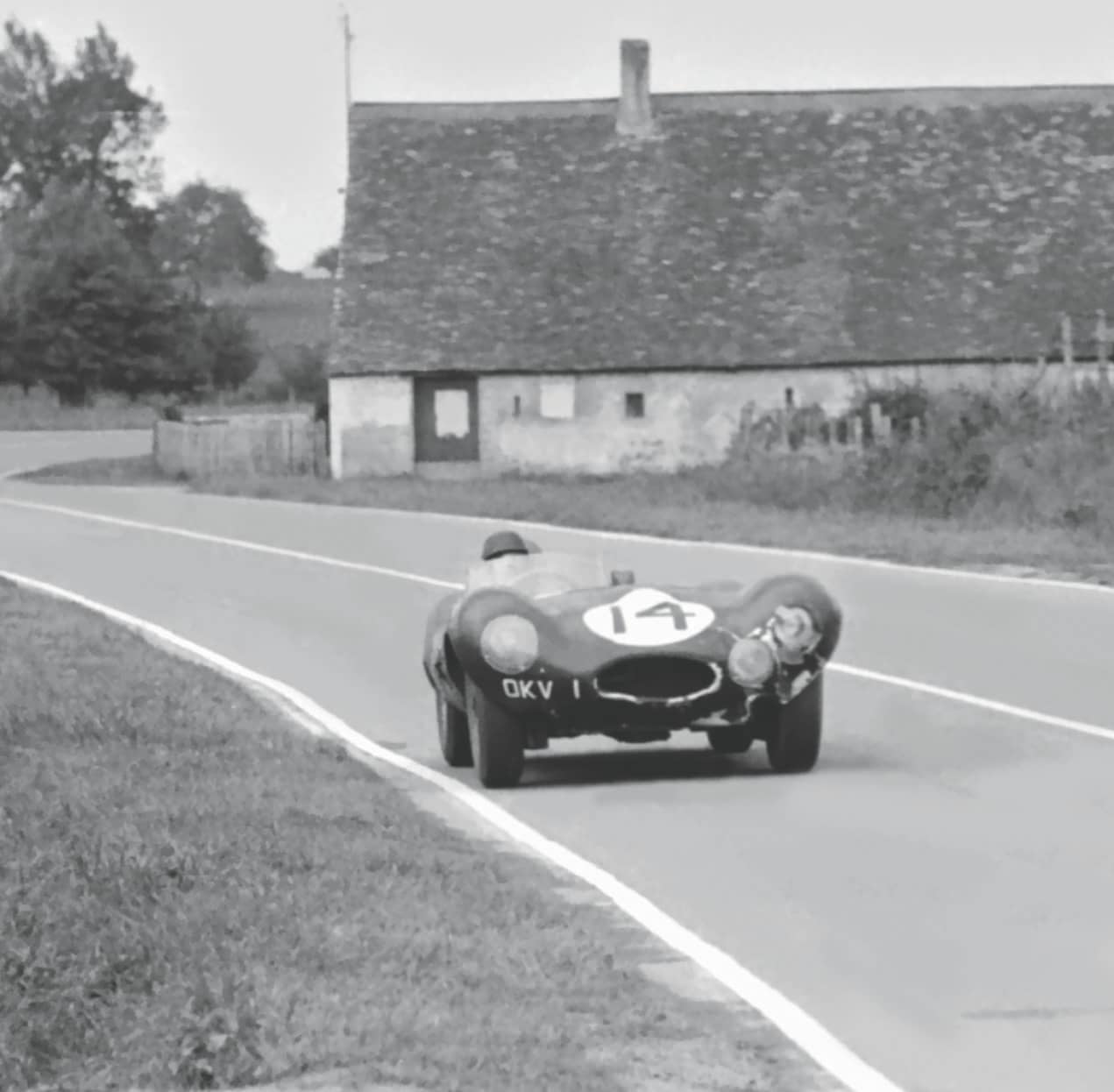 OKV1 is one of the most famous D-Types with an eventful life in the UK, Europe and Australia, but we were shocked to find it is not the car we thought it was.

D-TYPE OKV1 IS PRECIOUS, HISTORIC AND LIVED IN SYDNEY FOR MANY YEARS WHERE it was enjoyed by Jaguar devotees at numerous Club events, and astounded onlookers anywhere between its home, Melbourne and elsewhere.

It is the first works racing D-Type built, along with two sister cars, and at Le Mans in 1954 it finished a very close second. Legally it should have won despite a crash and fuel blockages, because the leading Ferrari was illegally push-started at the last stop. OKV1 was second again at Reims weeks later in the 12 Hour classic - having led. Its engine expired at Dundrod in Northern Ireland during the running of the Tourist Trophy, and its final works role was as a display at the Paris Salon in November. After that it was sold to, and raced by, its Le Mans co-driver, Duncan Hamilton.

But prepare yourself for a significant surprise. The OKV1 D-Type sold to Hamilton in January 1955 was not his 1954 Le Mans racer ... that car has been scrapped. 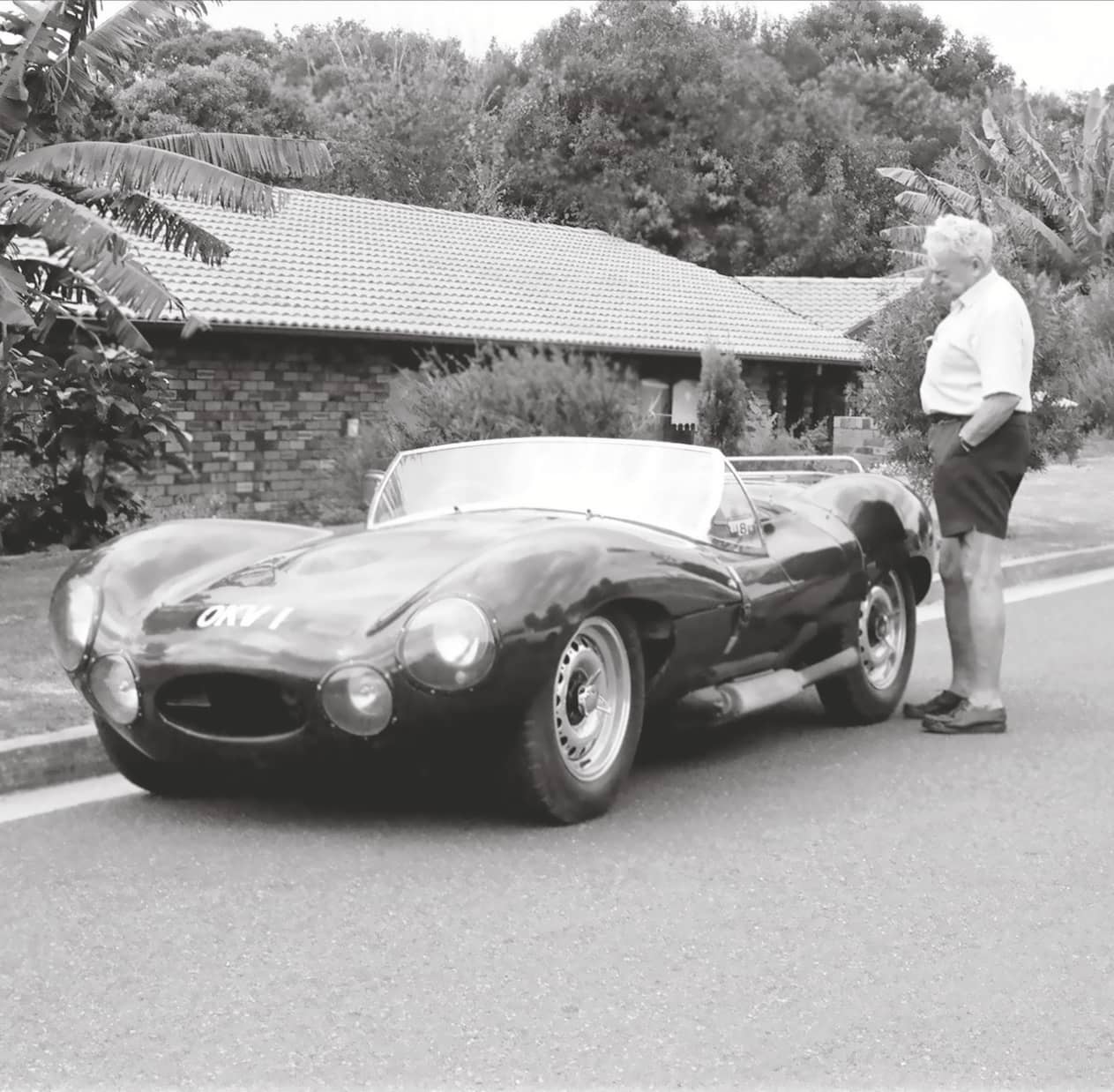 Duncan Hamilton privately raced OKV1 for himself, or friends Peter and Graham Whitehead plus Michael Head, but not before it was road-tested by John Bolster for Autosport magazine. Events included the exotic Morocco GP, Dakar GP, Oulton Park, Goodwood, Montlhery, Helsinki and Oporto in Portugal. Hamilton then sold it in 1956 to equally larger than life English-born Australian John ‘Jumbo’ Goddard. Gruffin appearance, but delightfully engaging, Jumbo was very cultivated - and totally unconventional. Unmarried most of his life, he was an engineer with the revenue to indulge his passion for sail and steam boats, steam trains, rare clocks and fast cars.

According to renowned motoring historian Doug Nye: “Jumbo never wore socks, held his trousers up with a lanyard, had a fetish for fitting his cars with an enormous number of dashboard instruments, made a fortune in New Guinea gold and had served before the mast on sailing clippers rounding Cape Horn. He was happily self-indulgent, wildly enthusiastic and pretty much - during the period I knew him in the 1970s and ‘80s - completely potty." Very late in life he married Kathleen, the former secretary to Chris Shorrock the supercharger specialist.

Born in 1907 at Pease Pottage in Surrey, near present-day Gatwick Airport, to a very successful and highly respected ‘City’ barrister father, Jumbo chose not to follow his father into law, and instead was apprenticed to John Parry-Thomas. Parry-Thomas though was killed at Pendine Sands in Wales when his 27-litre land speed record car ‘Babs’ broke the drive chain and decapitated its driver. Jumbo moved to Thornycrofttrucks before his Thomas apprenticeship had begun. A great influence on Jumbo, John Isaac Thornycroft, a naval engineer, formed the ThornycroftSteam Carriage and Van Company in 1896 - but it was another casualty of the British Leyland farce. Its name and heritage was eliminated in 1977. 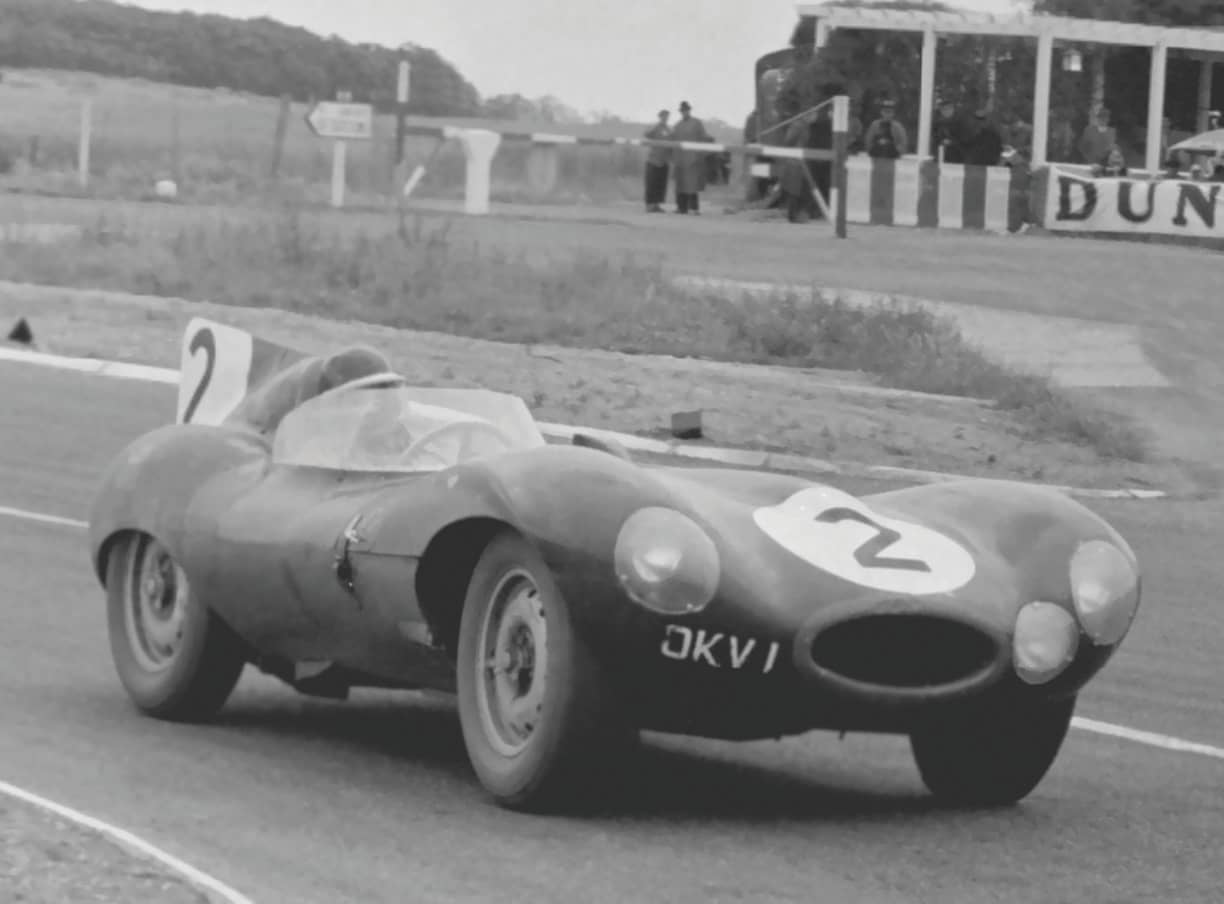 Jumbo raced at Brooklands in a Morgan three-wheeler and other vehicles, winning a Gold Medal for lapping at over 100 mph, sailed the world on working sailing ships, dredged for gold in New Guinea, mined diamonds in South Africa, broke world speed records in his eight litre Bentley, was an Ordinary Seaman in 1957 on Mayflower II for the 56 day journey between Plymouth England and Plymouth, Massachusetts. Oh, and he explored for uranium in Australia. He worked for the Royal Navy in WW2, so it was barely a surprise when he engaged Duncan Hamilton to heavily modify his Le Mans D-Type for road use.