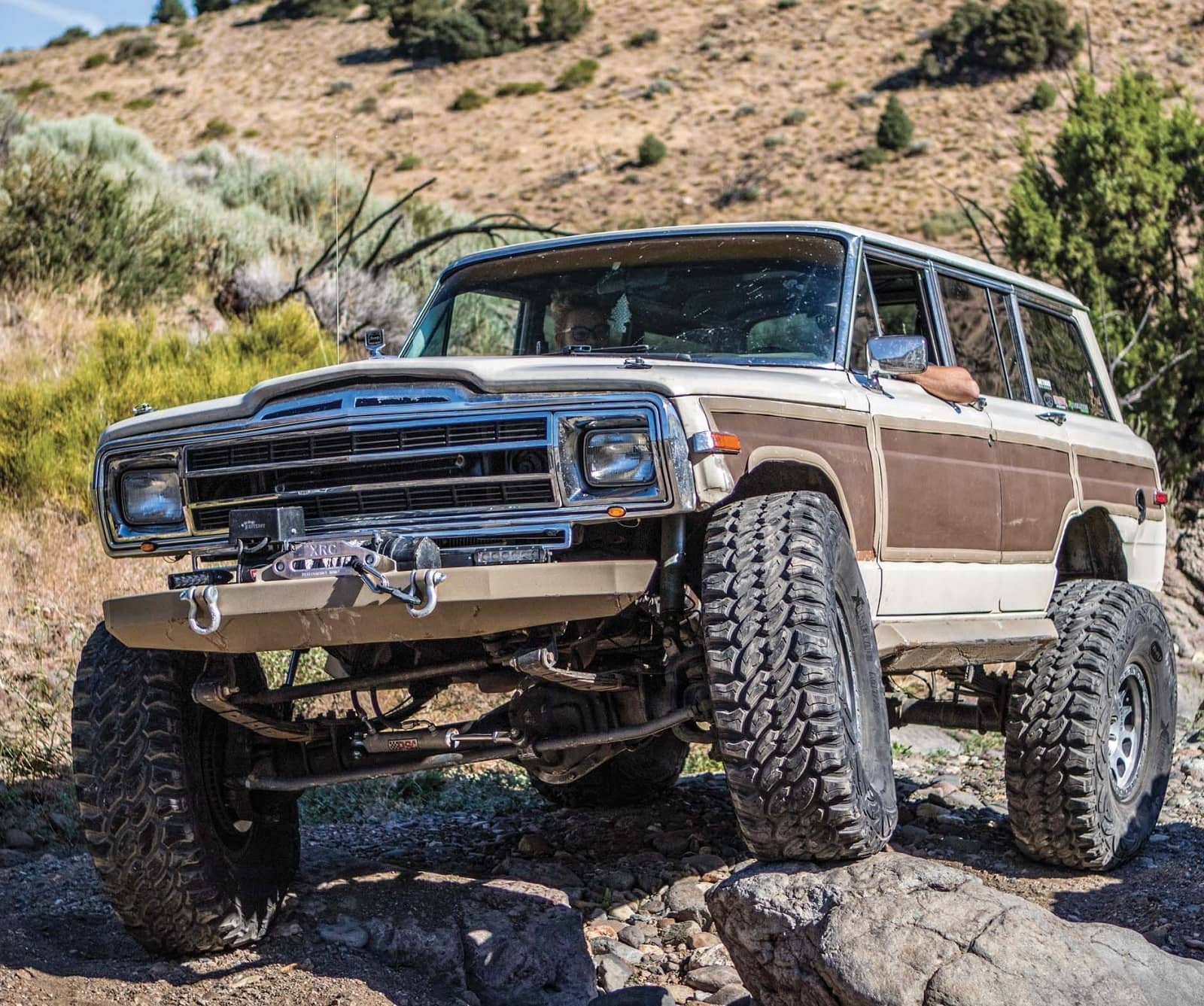 Typical car owners trade in their vehicle for a newer model, but Brody Zink is not typical.

After wheeling an XJ Cherokee for a few years, the Nevada firefighter set his sights on a fullsize Jeep Wagoneer. “I saw this thing for sale on Facebook and went to check it out,” he recalls. “I made a deal with the seller, but I got called off to a fire shortly thereafter. When I got back he told me it was sold, and I was heartbroken.”

Little did Brody know that his girlfriend, MacKenzie, and her father had bought the Wagoneer for him and were keeping it as a surprise.

Living close to the Rubicon, Brody wanted to get the Wagoneer out on the trail in a hurry rather than spending years and thousands of dollars on his dream vehicle. MacKenzie’s father, Kurt, already had a built Jeep, and Brody’s father, Greg, had recently bought a J-truck, so they were all eager to go wheeling together. Brody says, “My dad is a race car guy, but he knows how to put things together regardless of whether they are used on the track or the trail.”