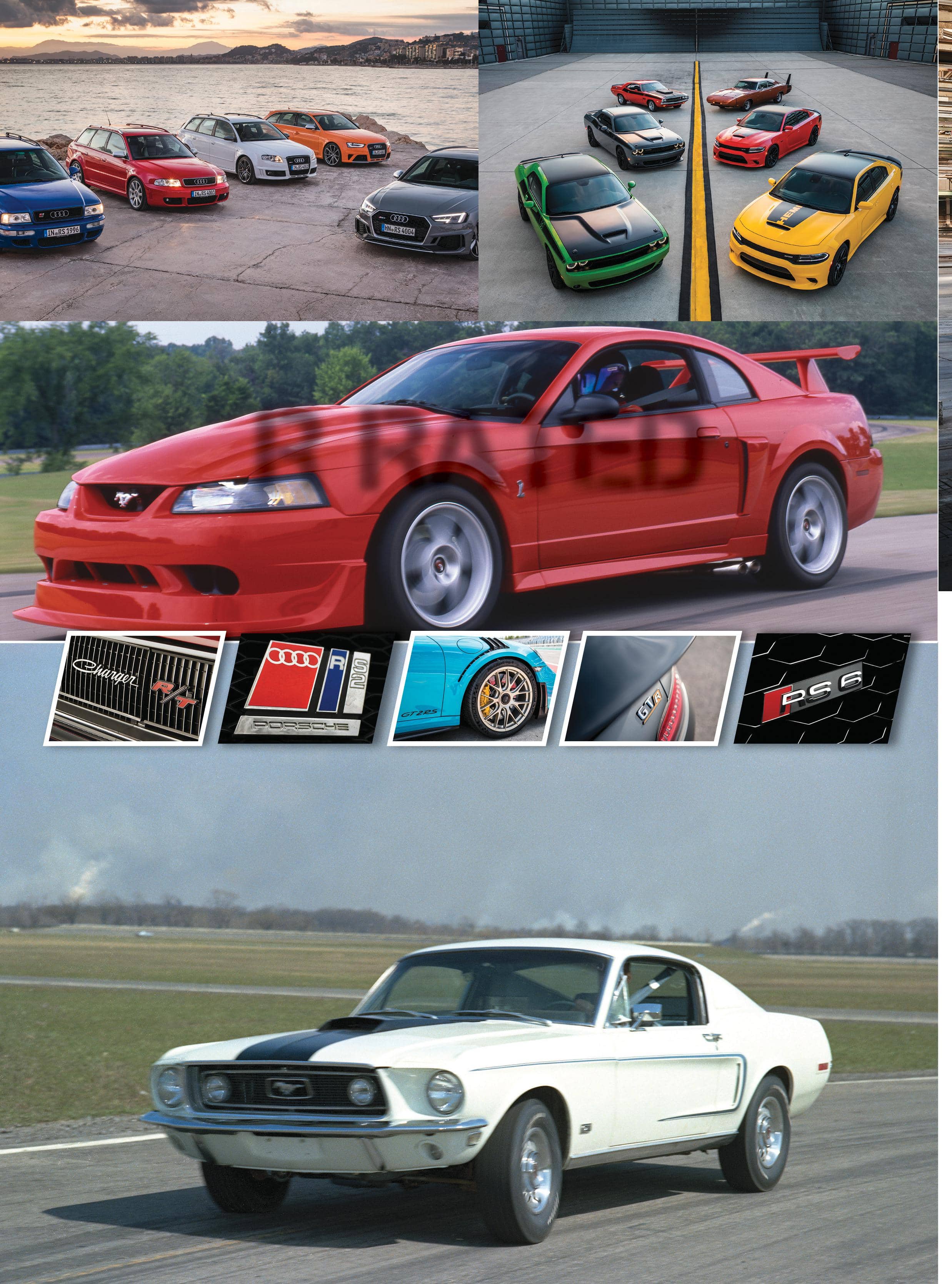 The raciest letter in motoring history

Performance, Sport Racing—the superlatives we rely on to denote automotive excitement. You can’t spell any of them without the letter “R,” and you can’t tell the history of enthusiast motoring without discussing the dozens of important R models that have spiced up the automotive landscape. From simple trim packages to full-on racing specials, the R is everywhere: RS, R/T, GT-R, Type R, R-Code—for more than 50 years it has been the character of choice for manufacturers of every type, every stripe, and every corner of the globe to denote their fastest, lightest, most powerful cars. We decided to collect a bunch of the most important—or at least the most interesting!—and pay tribute to their capabilities and collectability by showcasing some of the diecast models patterned after them. And with that we give you our favorite R-rated performance machines! 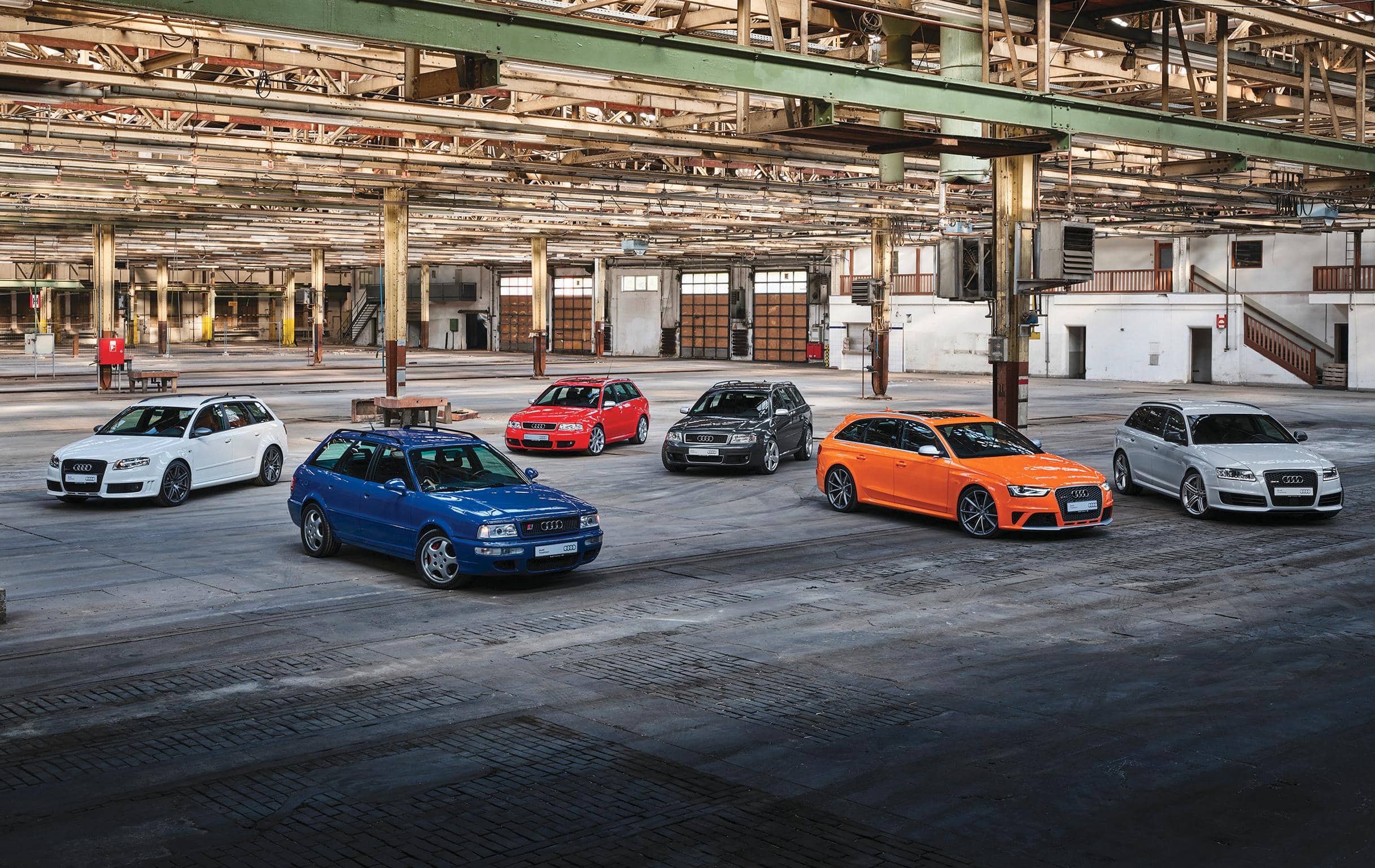 Audi’s performance tradition traces all the way back to the Auto Union days before World War II, and it has always hinged upon bold technical innovation. Audi’s signature achievement traces back to the late-1970s: the “Quattro” all-wheel-drive (AWD) system. After successfully lobbying the FIA to allow AWD technology into the World Rally Championship, Audi helped launch the wild Group B era and won the championship twice. Audi named its in-house performance division after that dominant rally car and launched its own ultra-performance street car in 1994 called the RS 2. It has since expanded the RS line to no fewer than nine models encompassing 3, 4, 5, 6, 7, and TT body styles. 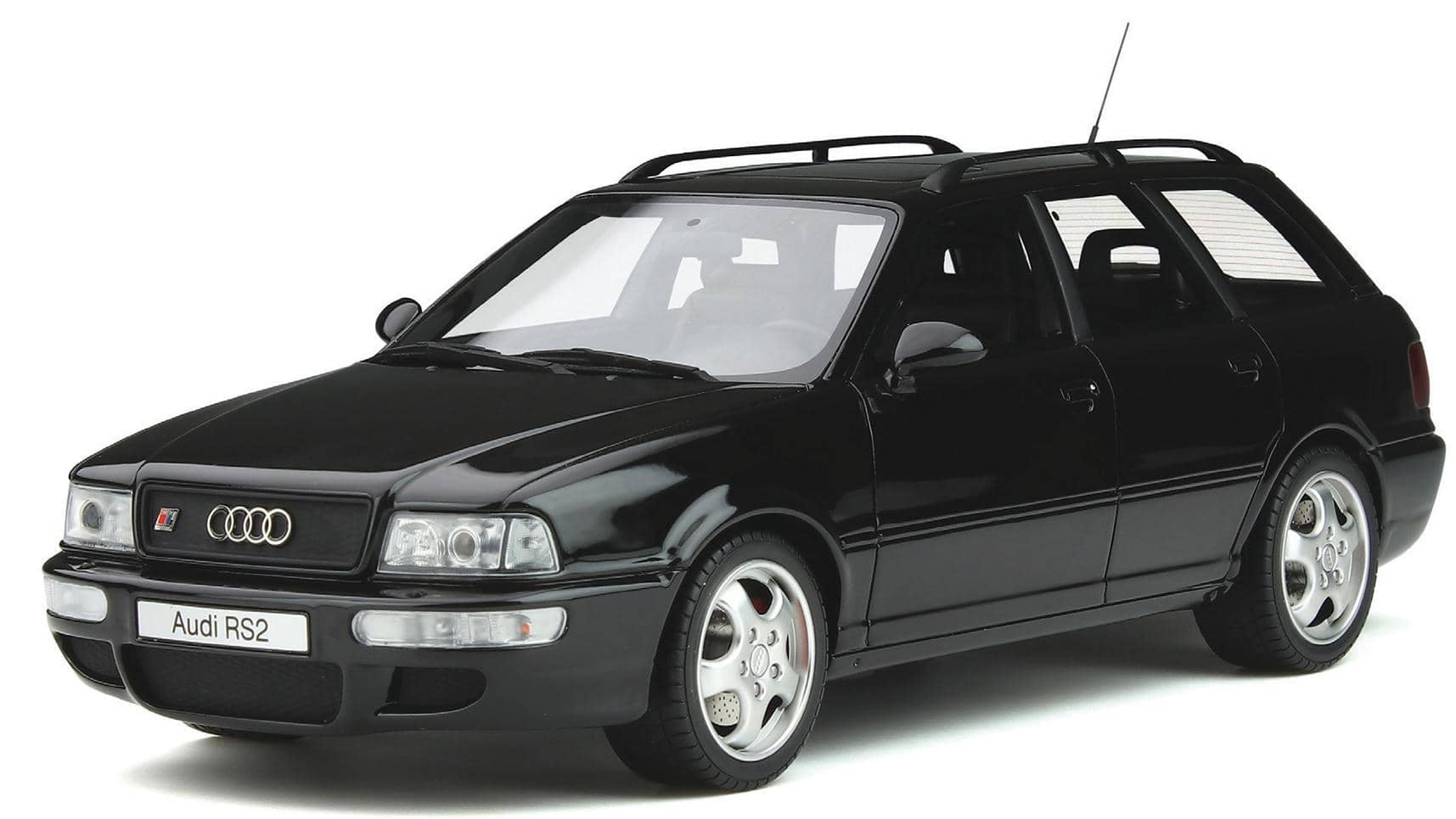 Audi launched its maniacally amped up version of the B4-chassis Audi 80 exclusively in ‘Avant’ configuration (the designation for its sportwagon body style), setting a trend that would influence RS production until today. Audi’s corporate cousin Porsche had a long history with special RS models, and it lent both its engineering expertise and its Rennsport moniker to the RS 2, along with several actual components, including the mirrors, indicator lights, brakes, those beautiful Carrera Cup wheels. Power came from a special version of Audi’s 2.2L turbo inline-5 that produced a scorching 315hp—enough to make it as fast as the Porsche 911 Carrera from which it borrowed its wheels! 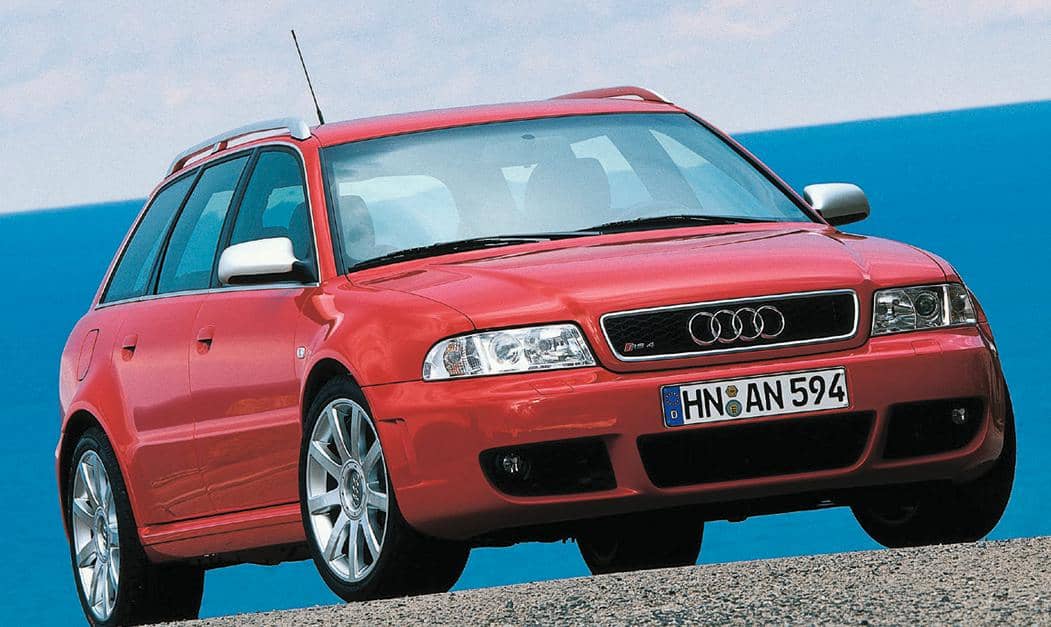 If the RS 2 established the sport wagon formula, the RS 4 distilled it and cranked up the potency. For the first one Audi enlisted the help of engine tuner Cosworth, who pumped up the volume on the S4’s 2.7L twin-turbo V-6 from 265hp up to 375, creating what was, at the time, the quickest production station wagon on earth. The second-generation 2006 RS 4 was the first naturally-aspirated RS, powered by a direct-injected 4.2L V-8 making 420hp at a lofty 8000rpm. Audi also added a third bodystyle—a 2-door cabriolet—to the Avant and sedan offerings. 2012 brought a return to wagon-only styling since thee introduction of the platform sharing RS 5 was now available to satisfy coupe/cabriolet enthusiast. The 4.2L V-8 is tweaked to produce 450hp. 2018 brought the current RS 4 and a return to twin-turbo V-6 power. The 2.9L V-6 matches the outgoing V-8’s 450hp but offers more torque, making it significantly quicker. 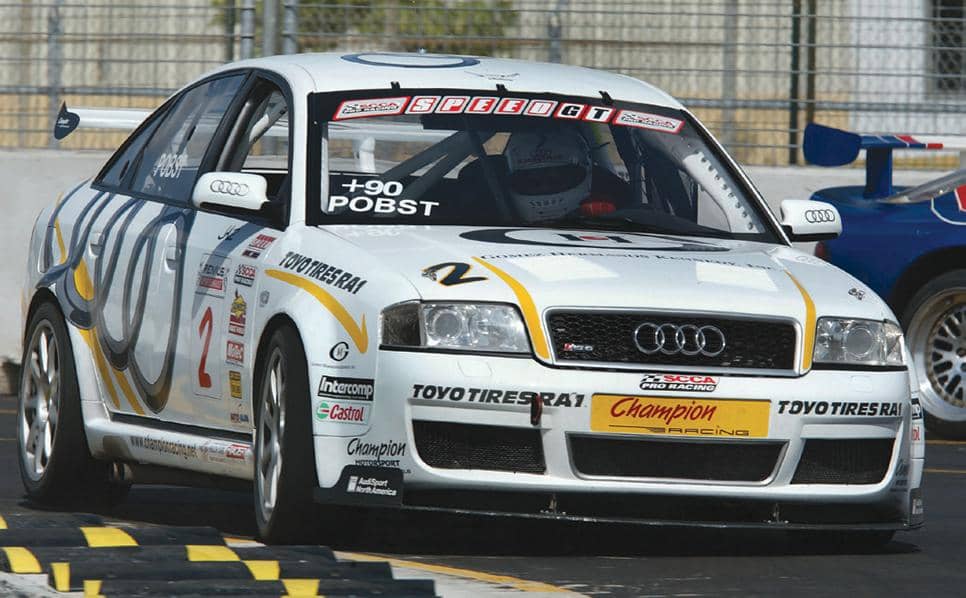 Audi introduced a radical twin turbo 450hp version of its V-8-powered midsize platform called the RS 6. For the first time an RS would be available in both Avant and sedan form. Audi entered the sedan in SCCA World Challenge competition, winning the GT-class championship in ’03 and ’04. The RS 6 returned for 2008 and was the most exotic RS yet—powered by the Lamborghini-sourced 570hp V-10 shared with the Audi R8 supercar. Turbocharging roared back with the 2013 RS 6 along with wagon-only Avant styling. It’s new 4.0L V-8 boasted 600hp, an 8-speed transmission and advances to the Quattro system that produced supercar-levels of performance. The next RS 6 has been announced for 2020 and will utilize a performance-oriented hybrid drive system—another technological first for the RS series. 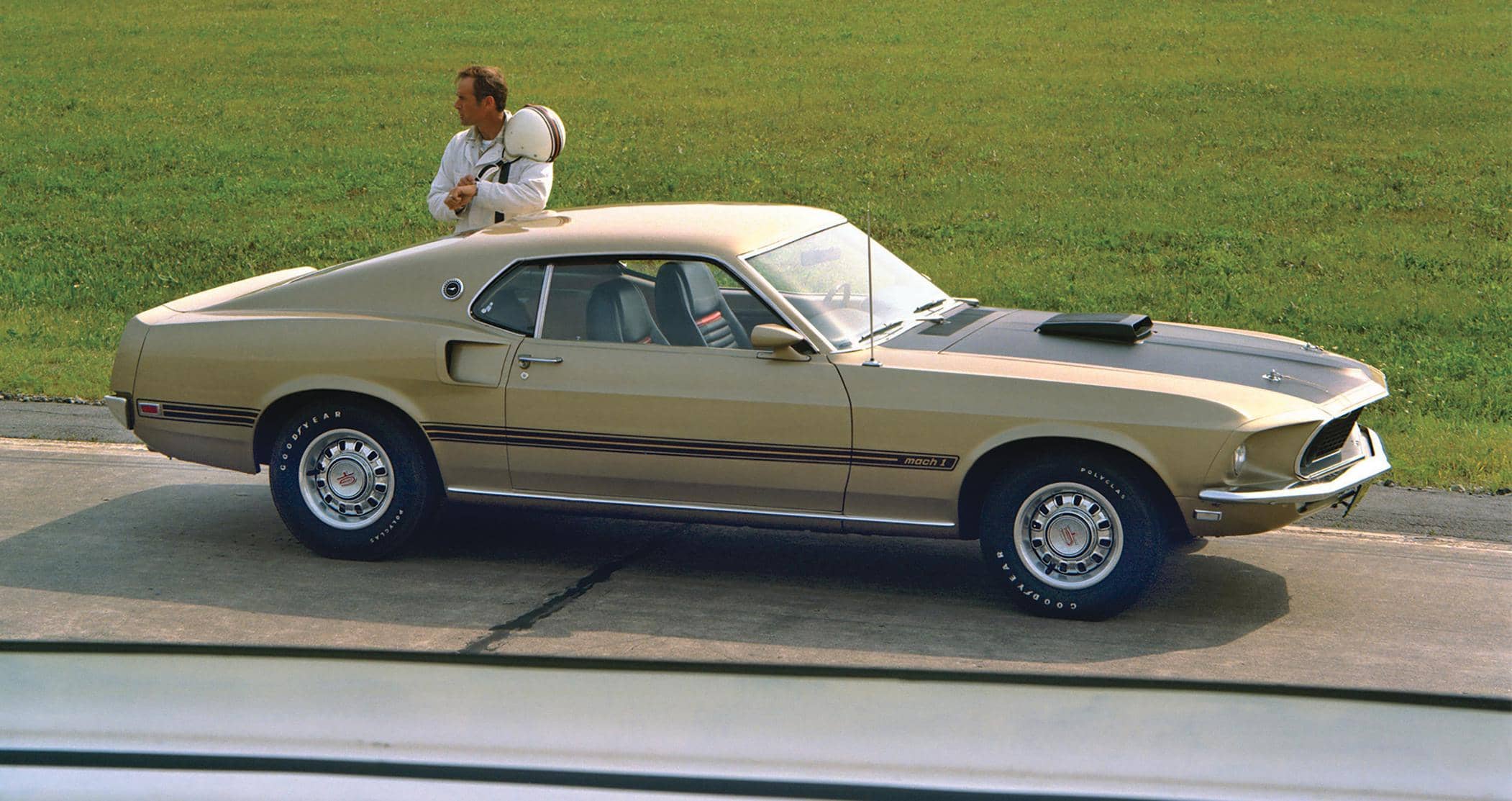