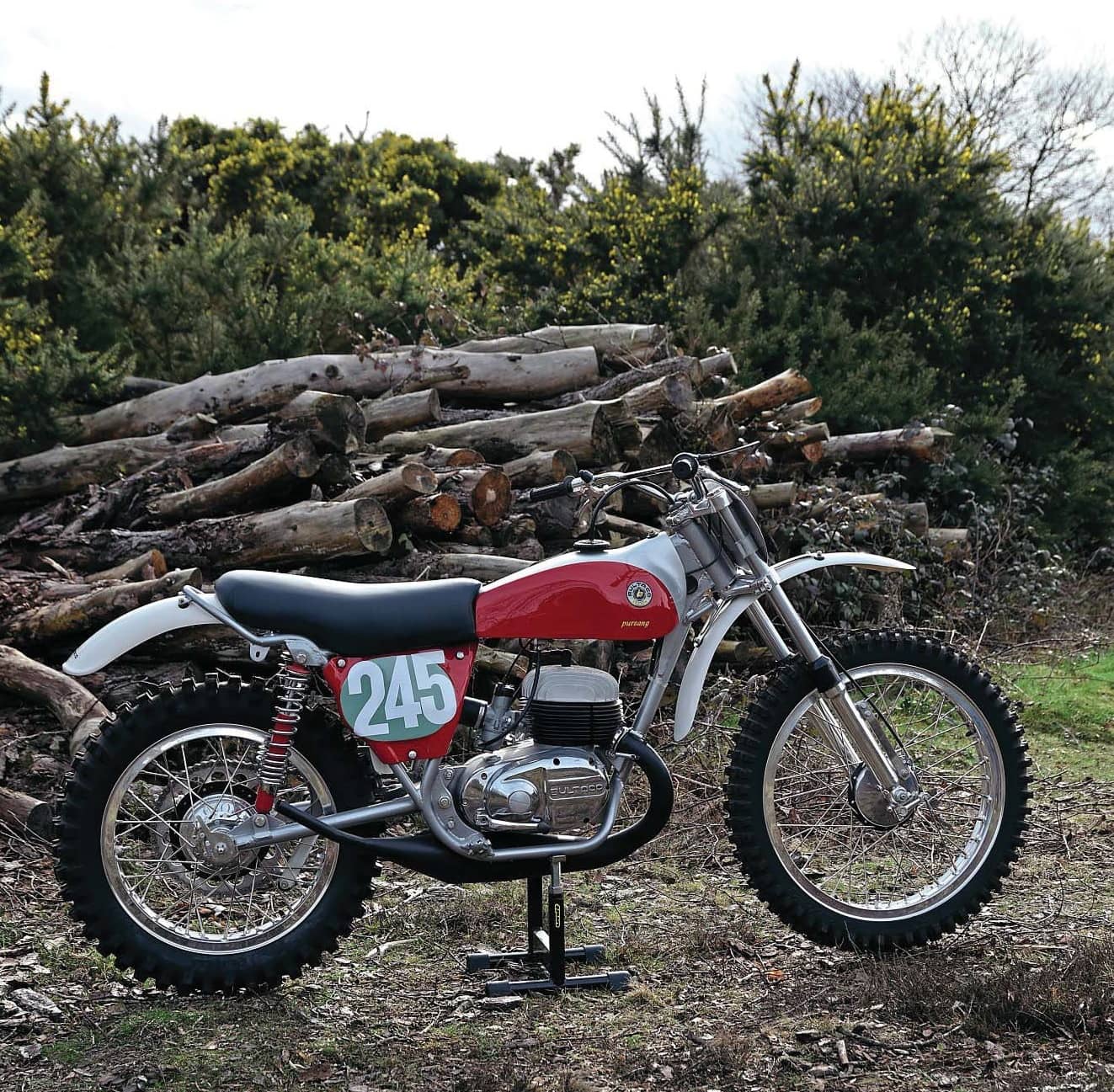 Those rose-tinted glasses have a lot to answer for sometimes.

To a greater or lesser degree all of us in the classic world tend to look back fondly on the bikes we liked a while ago, or the bikes we were impressed within a particular period – it could be because we wanted one and couldn't get one or perhaps it is because we had one and regretted selling it, or perhaps a particular model was part of our growing up.

Whatever the case, and for Damon Wood, it is the latter of these reasons, we seek out the object of our interest. Of course, when you make your purchase via an internet auction site, sometimes you are surprised by what turns up. Looking at Damon’s superb little 125 Pursang it is hard to believe what it was like when it arrived at his house.

“To be honest I doubted my sanity at buying it when the delivery wagon turned up and unloaded it,” he grinned while showing me a picture of what was dropped off. He continued: “I raced one just like this in 1973 and that sort of connection always stays with you and I started thinking ‘I wonder if there’s one out there…’ Next thing I knew I was bidding on it.”

What Damon was bidding for and raced in 1973, was a Bultaco Model 89 Mk5 125cc Pursang, a genuine UK machine for the new thing of schoolboy MX, which had moved on apace from the Bantams that were the first bikes to be used.

The Pursang range was developed from machines built by the Rickman brothers, who worked closely with Señor Bulto and from their efforts came the Bultaco Metisse, which became the Pursang Mk1. Looking at definitions of words, the French ‘metisse’ translates as ‘mixed heritage’ and relates to the number of parts that were used to create the Rickman machines and it sounds more classy than ‘bitza’. However, when Bultaco got the bike it became ‘pursang’, which means ‘thoroughbred’ and, naturally, as both words were used as names the first letter was capitalized.

The Pursang quickly improved, becoming less ‘Rickman’ and more ‘Bultaco’ along the way, so by the Mk2 it was properly a Bultaco and, by the end of 1971, when the Mk5 was introduced as a production bike, it was the market leader in style and performance. With around 25bhp on tap at 10,000rpm from its 51.5mm x 60mm engine, it was a little peaky, as Damon confirmed with his memories of the original machine in 1973. “I struggled to ride it really and then dad and I learned the bike could have potentially been a specially-built one to be used by Vic Allan. Once a smaller carburettor was put on, it was much more manageable for me.” 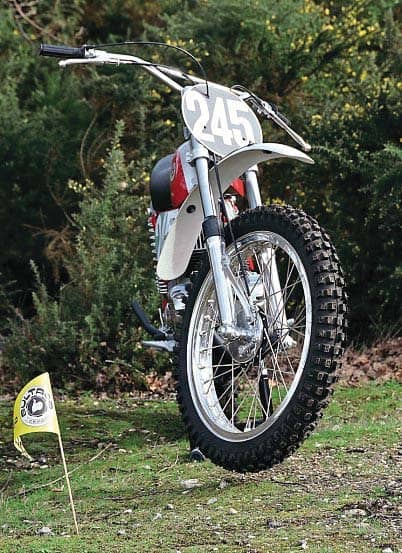