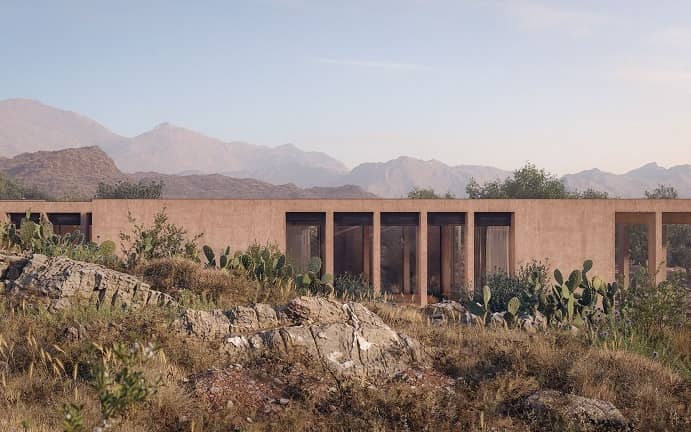 The languages of nature and architecture intersect with the newly completed Villa Chams by Carl Gerges Architects in Baalbek, Lebanon

To the east of the Litani River in Lebanon’s Beqaa Valley, about 85km northeast of Beirut, lies the city of Baalbek. Once known as Heliopolis (the City of the Sun), Baalbek remains entangled in many mysteries and mythologies: here, the Greeks and Romans once built temples for their deities and in ancient times, pilgrims congregated to worship the Phoenician sky-god Baal and his consort Astarte, the Queen of Heaven.

Lying remotely within its semi-arid landscape is the aptly named Villa Chams (meaning ‘sun’ in Arabic) – a rectangular structure that blends with its surroundings while remaining monumental in its architecture, much like the temples that grace the historic city.

The private residence was designed by architect Carl Gerges – better known as the drummer of Lebanese rock band Mashrou’ Leila, which played its first big concert in the Temple of Bacchus, part of the Baalbek temple complex. Perhaps a little-known fact, the band members met while studying architecture at the American University of Beirut, and Gerges had since completed his own apartment in the Lebanese capital. While he is working on other projects in Lebanon, Villa Chams is the first completed project under his eponymous architecture studio.

At a distant glance, the single-shell structure grounds itself horizontally, while respectfully blending in with its wild landscape of rocks and native flora. Upon closer inspection, the building reveals a series of equidistant walls and columns that orchestrate a sense of rhythmic musicality formed on a rudimentary grid, featuring a series of introverted and open extensions. 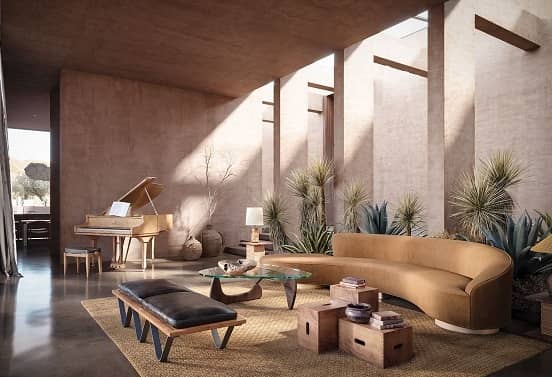 The physical site of the building played a major role in informing the design, from its reddish façade – which is part earth found onsite and part concrete – to the landscaping which includes native Opuntia cacti, olive trees and rocks.