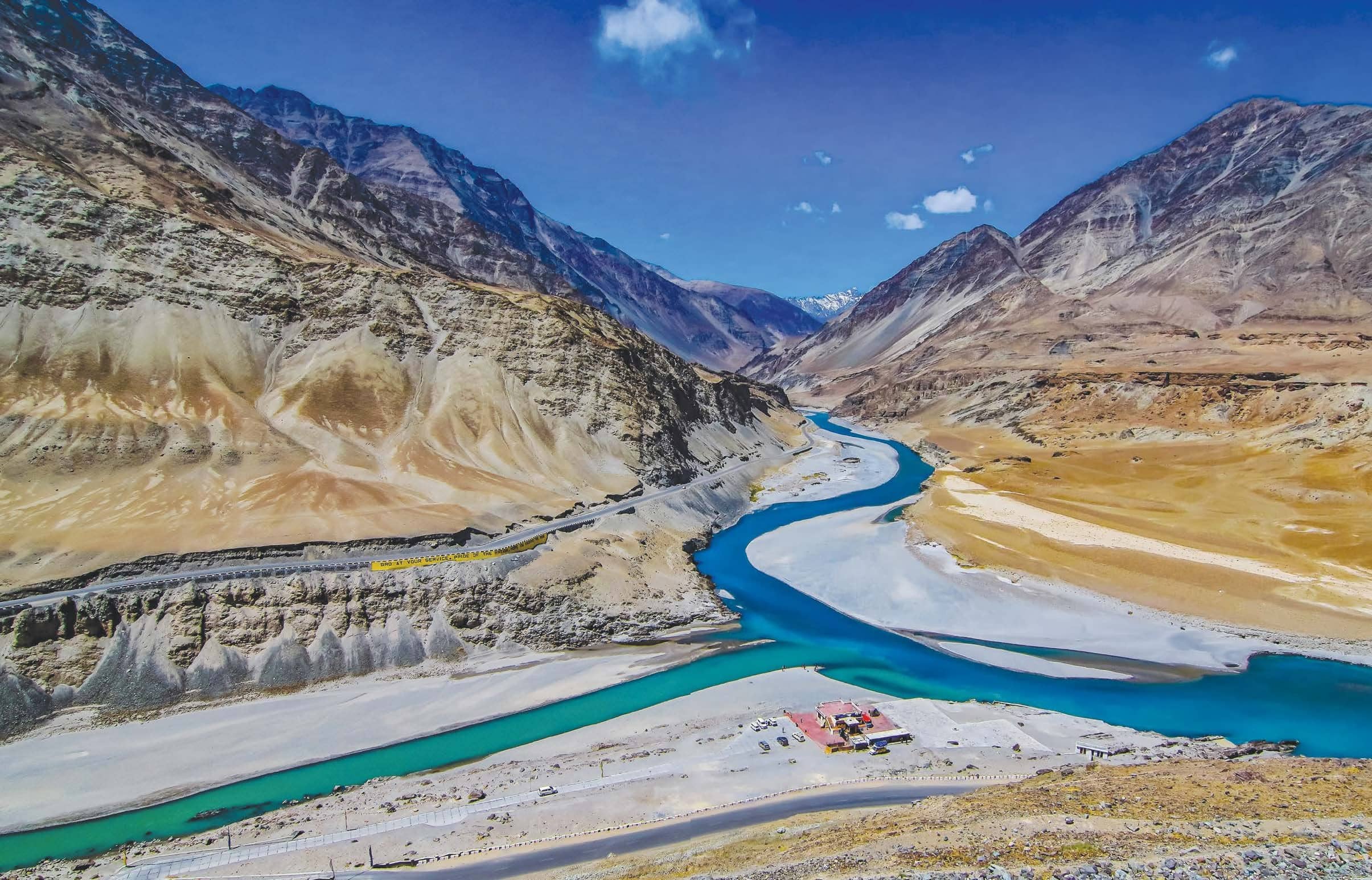 In the high Himalayas lies the beautiful and mysterious land of Ladakh. The author takes us on an expedition through this wondrous terrain.

Ladakh refers to the ‘Land of Passes’, the territory of the mysterious and globally endangered Snow Leopard and the picturesque and spectacular landforms of the Trans-Himalayas. The Indian Trans-Himalaya, or the Indian cold desert, extends through Ladakh in Jammu and Kashmir, Lahaul-Spiti in Himachal Pradesh, to northern Sikkim. The region is considered to be one of the highest inhabited regions in the world, with the lowest human density. The inhabitants are either nomadic pastoralist or agro-pastoralist, e.g., the Changpa Nomads. 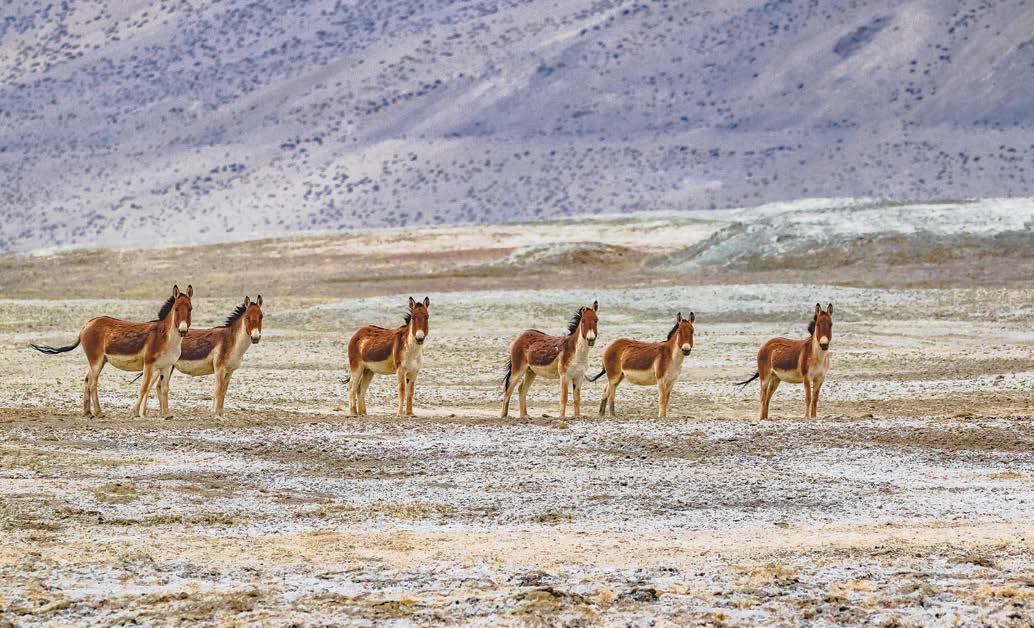 WILDLIFE AT A GLANCE

As a transitional zone between the Tibetan Plateau and the HindukushKarakoram mountains, it harbours species from both these regions resulting in a rich biodiversity. A few corners of Ladakh are still unexplored and inaccessible. The Himalayan highaltitude wetlands, such as Pangong Tso, Tso Moriri and Tso Karare are unique ecosystems. The Indus is the prime river of Ladakh and its valley has been identified as an important migratory route for birds between Central Asia and the Indian sub-continent. The vast marshlands around the lakes, and the meadows act as major breeding sites for avian species, for example, Black-necked Crane (Grus nigricollis), Bar-headed Goose (Anser indicus), Ruddy Shelduck (Tadorna ferruginea), Brown-headed Gull (Chroicocephalus brunnicephalus) , Great-crested Grebe (Podiceps cristatus), and Common Merganser (Mergus merganser). More than 310 types of birds and 20 mammalian herbivore species are recorded here. Eight wild ungulate species occur in these high-elevation steppes and mountain regions of Ladakh, with six listed as endangered and protected. They are the Blue Sheep (Pseudoisnayaur), Ladakh Urial (Ovis vignei vignei), Asiatic Ibex (Capra idexsiberica), Tibetan Wild Ass or Kiang (Equus kiang), Tibetan Gazelle (Procaprapicticaudata), Tibetan Antelope (Pantholops hodgsonii), Tibetan Argali (Ovisammon hodgsoni) and Wild Yak (Bosmutus). Two species of hare, five species of pika, three species of vole and two species of marmot complement the herbivore group. The Snow Leopard (Panthera uncia) is the most iconic animal of the Trans-Himalayan region, resulting in the creation of large protected areas for its conservation (e.g.,Hemis National Park). There are also smaller predators such as, Red Fox (Vulpes vulpes), Tibetan Wolf (Canis lupus chanco), Pallas’s Cat (Otocolobus manual), Lynx (Lynx lynx) and a few more. These are the resident species, well adapted to the cold and harsh environment of Ladakh. But before going any further it is necessary to understand the geography and environmental importance of the habitats. 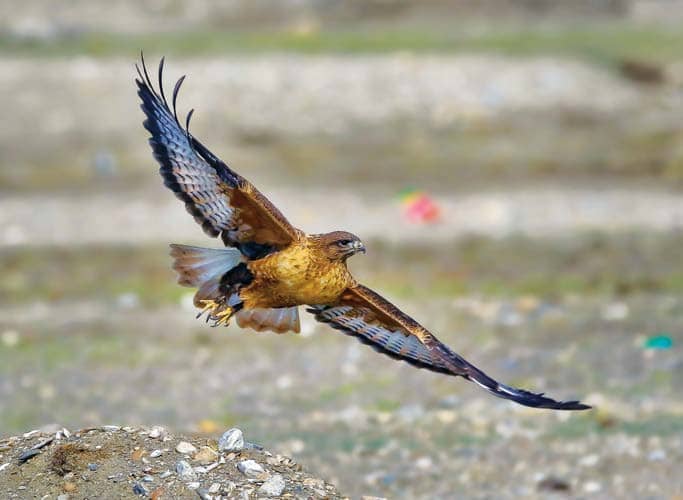 Ladakh is recognized as ‘the Roof of the World’ because it stands 4.8 km. above sea level and is bordered by imposing mountain ranges. The southern part of the Tibetan Plateau is surrounded by the Greater Himalayan ranges and a part of it is identified as Ladakh.Apart from the mighty Indus (originating in Manasarovar Lake of Tibet), the other important rivers are Shyok and Nubra. 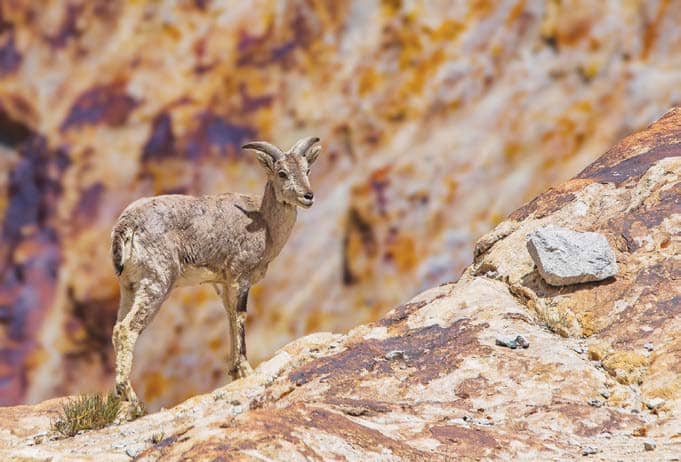 The Ladakh Plateau is associated with the upliftment of the Himalayas since the Late Cretaceous period (about 70 million years ago), consisting mostly of folded sedimentary and metamorphic rocks. The Changthang Plateau is an important geomorphic and bio-geographic unit of Ladakh where the altitude exceeds 5,000 m. and the temperature inwinter can drop to – 40o C. As a result of this extremely inhospitable environment, the Changthang region is the least populous region in Asia, and third in the world after Antarctica and northern Greenland (Hussey J (2018) Bang to Eternity and Betwixt: cosmos) The plateau is a cold desert (25° C to – 40° C) with extreme aridity, high-altitude steppe grasslands and large brackish lakes. Annual precipitation ranges from 100 to 300 mm. and falls mainly as hail. This region contributes significantly to the onset of the south-west Indian Monsoon, but is located in the rain shadow zone of the Greater Himalayas. But during the monsoon, occasional extreme precipitation and cloud bursts can generate devastating flash floods in the rivers. 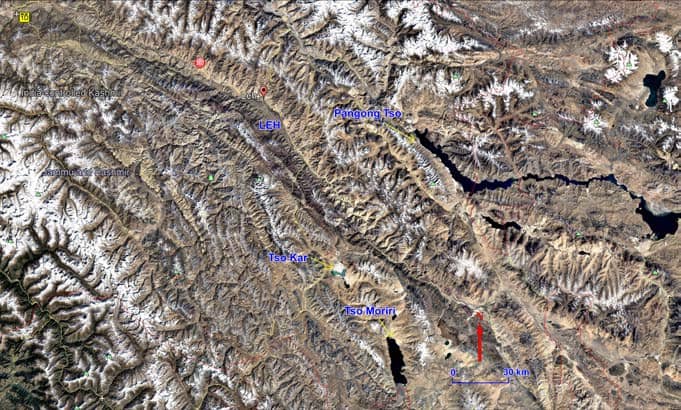 The main study unit (i.e. visited area of my trip) of Ladakh is the Changthang Cold Desert Wildlife Sanctuary. It stretches over an expanse of 4,000 km2 at an altitude of between 4,267 m. and 5,791 m. from mean sea level. It has deep gorges, pediments, alluvial fans, river valleys and dissected terrain with sparsevegetation. Within this sanctuary are three picturesque lakes. Tso Kar (4,530 m.), Tso Moriri (4,522 m.) and Pangong Tso (4,250 m.).The people of the Changthang are nomadic pastoralists or transhumance, the ‘Changpa’, who are not under pressure from settled farmers as the lands they inhabit is too inhospitable for farming. 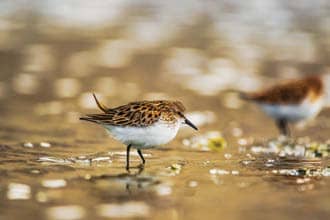