THE ‘KING OF THE HILL’

Callaho Stud’s fabulous foundation sire and current ‘King of the Hill’, Callaho’s Lissabon, turns 21 this winter. What better way to celebrate this widely beloved stallion’s birthday than to have him included in an HQ feature, as one of the 20 favorite horses of 2020.

The combination of Lissabon’s own record as an exceptional all-round sport athlete and showing horse, his innate beauty, flawless conformation and ideal temperament, as well as his unfailing ability to reliably pass these traits on to his offspring, is arguably unmatched anywhere in the Warmblood breeding world. Sire of countless top showjumpers and dressage gems, in Germany and here at home in South Africa, his real worth, as a maker of superior broodmares, is only just beginning to reveal itself. This is truly a one-in-a-million Warmblood sire. 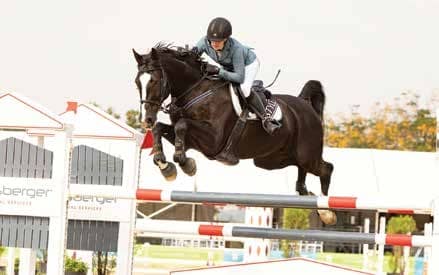 It doesn’t take much hunting to find evidence of this stallion’s exceptional achievements and promise.

Born in Germany in 1999, Lissabon won both sections of his performance test in Oldenburg under Heinrich Döwe as a three-year-old, before going on to win eight out of the nine classes for young horses, including the esteemed Damhuis Cup. Lissabon continued on this winning streak up to the Bundeschampionate Finals in his sixth year, where he was awarded a dream score of 9.3 for his jumping style under Johannes Ehning. His serial winning career in Europe culminated in 2007, with a victory at Vechta in the 1.50m Youngster Tour with Jens Baackmann. 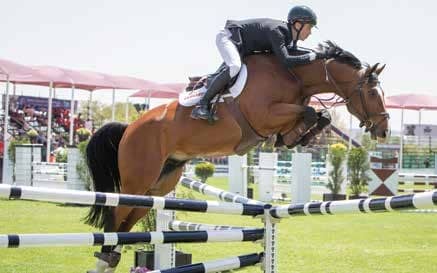