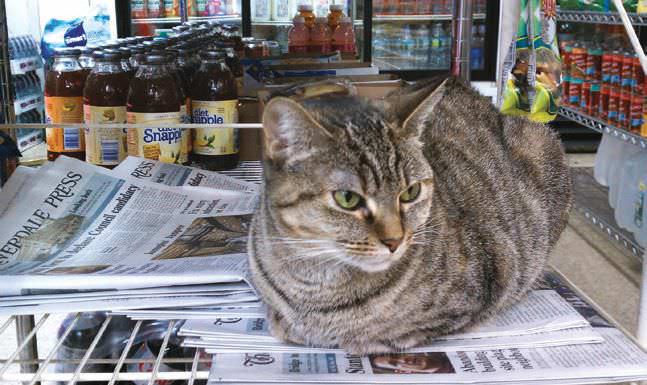 Cats have lived with man for thousands of years. Mankind’s lifestyle came with a ready food source for cats, and the cats were happy to oblige with cleanup duties. Fast forward to the 21st century and we find some things have not changed. In fact, sometimes the right person for a job is a cat!

“The bodega cat is the urban world’s most magnificent beast. Sometimes colloquially called the “deli cat,” these kitties eke out a working existence in the often-raggedy corner stores which pepper grand metropolitan areas.”(Catster.)

“Bodega Cats are a hardworking breed of kitty kinfolk who call the corner shops of New York City home. These illegal workers earn their place by keeping pesky vermin at bay, in exchange for food and shelter. Last month, an excellent four minute naturestyle documentary emerged that exposed the triumphs and tribulations of these majestic creatures, whose main predators include Health Department representatives who threaten to evict them.” (Working Cats.)

MORE STORIES FROM CAT TALKView All