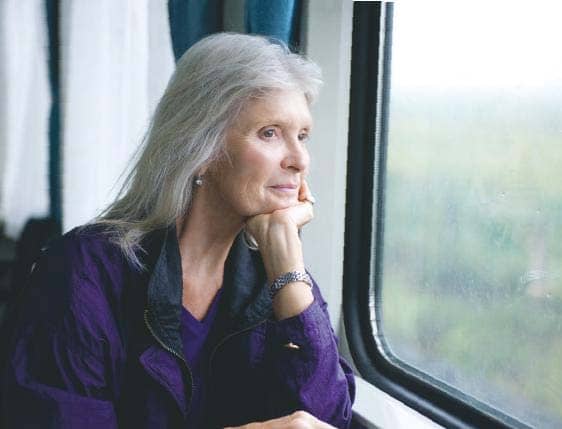 The first big step had taken courage, but it would need even more to give up all she’d had

Settling herself on the train, Glynis sat quietly by a window and watched the landscape roll by. Small boats rocked on a wrinkled sea and houses in pastel shades lined cobbled streets. As the train picked up speed, the view changed to countryside, then towns.

Her eyes grew heavy, which often happened in the afternoon these days. She supposed that at her age it wasn’t unusual. She gave in to drowsiness and her thoughts drifted to the meeting with the young estate agent…

They had been in the bungalow’s hall, decorated in a delicate duck-egg blue.

‘I thought you might like a copy of this,’ Craig had said, handing Glynis a glossy brochure.

She flicked through the pages. There was a photo of the lounge bathed in dappled sunlight, with the shadow of Georgian-style doors spilling onto the pale-sand carpet. In the master bedroom plantation shutters filtered out the glare.

‘So any more news on the flat?’ Craig asked.

She gave a little grimace. ‘Hopefully, the solicitor will have an update this afternoon.’ The chain had broken a couple of months previously. Further along the line some joker had demanded a price reduction on a property just days before exchange and when that had been refused, they’d withdrawn from the process.

‘Good. The McKenzies are hassling me daily,’ he said, with a grin.