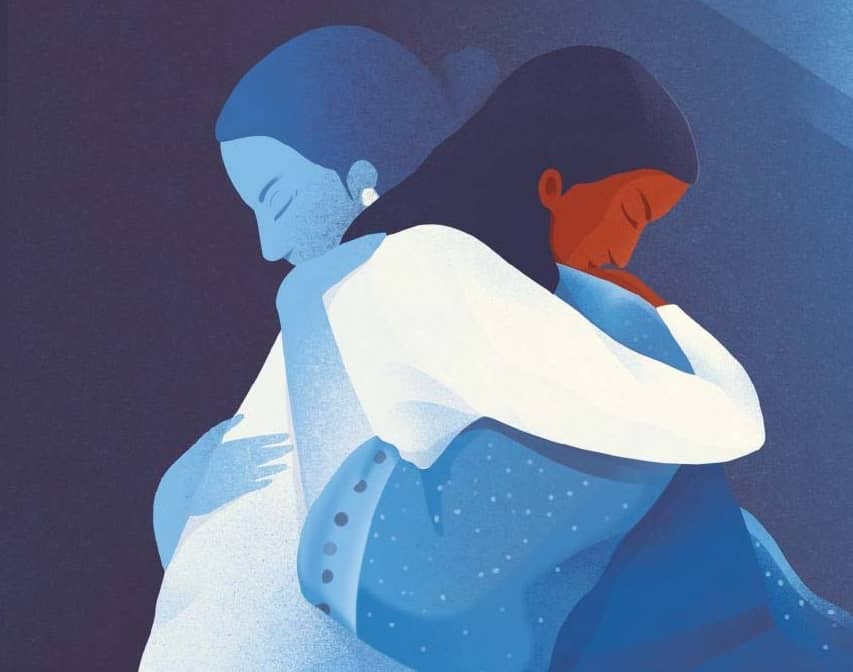 They had got to the bottom of the nightmare’s meaning, how could they atone for the past?

THE STORY SO FAR: Renowned sleep specialist Dr Roopa Banerjee is excited to have met Lena James, a beautiful young patient suffering an incapacitating, recurrent dream of being trapped inside a house. For decades, Roopa has experienced the exact same dream, and is determined to discover what she and Lena have in common and how they can be freed from the dream forever. As the unhappily engaged Lena talks Roopa through her latest version of the dream, the pair end in the same place at the very top of the house, confronting a closed room. It is only as Lena opens the door and discovers her mother waiting for her that Roopa believes she may finally understand the dream’s meaning. Faced with her own mother when she dreams of the house, Roopa knows that she must atone for a grave wrong committed against her sister. But what, she asks, has Lena done?

They sat in the office, the windows dark with the London twilight pushing against them. It had been a long day, and a busy one. In the seven hours since Lena had told her of the final sequence of the dream, Roopa had found it difficult to maintain focus on her other patients. But she had managed it, of course. Just about. She was nothing if not professional. Now, though, with the waiting room empty and the receptionist about to head home, it was time to welcome Lena back. There remained so much to discuss.

‘Are you sure you don’t mind staying late?’ Lena asked.

Roopa stretched out her hand and touched the girl’s fingertips. The empathy she had always felt for this troubled young woman threatened to overwhelm her. Had she been blessed with a daughter alongside her two lanky boys, was this the intensity of connection she would have felt for her? She smiled. ‘Don’t you worry about me,’ she replied. ‘It’s time we sorted this dream out, once and for all.’

They waited in silence as the unsmiling receptionist placed two coffees on the desk between them. Lena reached for the sugar as soon as the woman left and carefully laid two pale brown cubes on top of the thick frothy milk in her cup. They watched as the weight dragged them into the hot liquid beneath.

‘So,’ Roopa said, ‘where shall we start?’ Her chest tightened as the words left her mouth. What they discussed in the next half an hour could change the course of both their lives. For the better, she hoped. But she couldn’t be sure. It was a Pandora’s box. A box that they had already begun to open together, and from which their shared dream would escape forever. They had no choice, she knew. If they were to be free of the dream and its debilitating effects, they had to be brutally honest with one another about their pasts and what had brought them to the same dream in the first place. It was their only hope for the future. They each needed to atone for something, and this was where it began.

Lena looked up at her, her cool grey eyes filled with tears. She instinctively reached for her engagement ring and began turning it on her thin finger. ‘I have a brother,’ she said quietly. ‘His name is Josh. He’s two years older than me.’ She hesitated and Roopa bit her tongue, forcing herself to remain silent and not fill the gap with questions. This was the start of the healing, she could feel it. Lena picked up a spoon and stirred her coffee, scooping some froth into her mouth. ‘He was always a bit on the wild side,’ she continued, staring at the cup, deep in recollection. ‘It was textbook, really. He was clever, cleverer than me, but he hung out with the wrong crowd and started doing things Mum and Dad disapproved of.’

‘Like what?’ Roopa asked. Lena glanced up. She frowned. ‘Looking back now, it was nothing horrendous, but it seemed pretty bad at the time. He played a lot of practical jokes. He got a lot of detentions, which he skipped, so he was given more. Then someone set fire to something in the grounds at school and Josh was blamed for it.’

‘Arson is a serious crime.’ Lena made a small scoffing noise. ‘Except he didn’t do it. He covered for his best friend. That’s what he was like. A lovable, naughty big kid. But with a heart of gold.’

‘But your parents didn’t see it that way?’