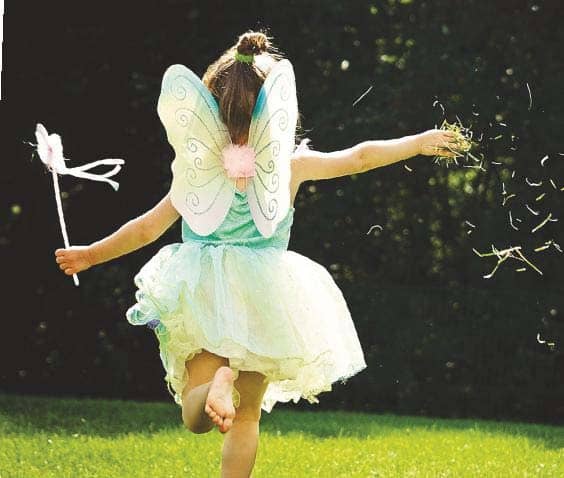 With a birthday party imminent, surely telling the truth could wait a little longer…

Mum, if I ask you something, will you tell me the truth?’

‘Yes, of course. If I can.’ Eve smiled at her young daughter. ‘Fire away.’

‘Are mermaids real?’ Hannah had her serious face on, her gaze direct and unwavering. ‘Because Roxy said they aren’t and if you see one, it’s just a lady wearing a plastic tail.’

Eve wrestled with her conscience. Hannah loved mermaids. Her belief in them had created some magical moments and Eve didn’t want anything to spoil that.

‘What else has Roxy said?’

‘That unicorns aren’t real either and if you see one it’s just a horse with an ice cream cone on its head.’

Eve searched for an answer that would satisfy an intelligent, imaginative six-year-old whose illusions were being shattered by her older, know-it-all cousin. Hannah stared at her, expectantly.

‘Well, as far as I know, no one’s ever seen a real mermaid, but that doesn’t mean they don’t exist,’ Eve said, noting her daughter’s sceptical expression. ‘Same with unicorns.’

‘But if mermaids are real, a fisherman would have caught one in his net by now. And if there are unicorns, we could see them at the zoo.’

Eve conceded defeat. What could she say in the face of such sound logic? ‘You’re right, sweetheart. They’re pretend creatures.’

‘Then why do grown-ups lie?’ Hannah demanded.