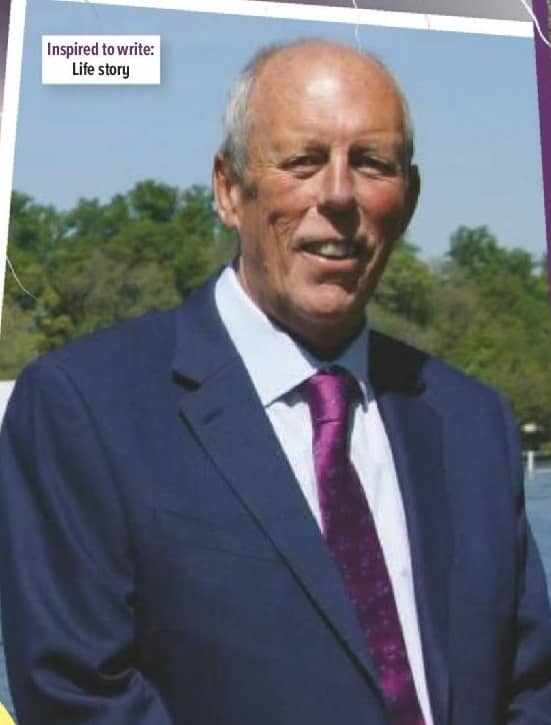 One sibling protects me – but the other wants me dead

Wandering down the canal with my dog Flash at my side, I grinned to myself.

I’d got a bar of chocolate in my pocket and I was heading for the broken bridge with the field next to it where, if I was lucky, some of my mates would be kicking a football about.

In the 1950s, it was considered safe for seven-year-old kids like myself in my small village outside Cardiff to roam about unaccompanied. As I sat down on a tree stump and unwrapped my chocolate bar, a young guy walked past and started petting Flash.

‘What a good boy!’ he said. We got chatting, mainly about fishing.

‘Have you seen the frogs up the river?’ he asked. ‘Why don’t you come with me and I’ll show you?’

That’s when I saw her. The spirit of a young girl, aged about 5, with blonde hair. She was shaking her head emphatically at me and pointing at the way home.

That’s when he got nasty. He grabbed my arm, tried to drag me off with him.

Flash leapt to my defence. Snarling, he bit the man on the ankle. He let go of me and ran off – and Flash and I legged it in the other direction, back home.

Next day, one of my school mates wasn’t in class. A few days later, we learnt the horrifying news that he’d been abducted and murdered by an escaped inmate from the local mental hospital. The inmate had hanged himself the following day.

It was the same man who’d tried to lure me away with him.

If this wasn’t weird enough, I’d seen the girl’s spirit possess Flash so that he’d scare the man away.

And I’d seen her before, too. She’d been there on another occasion when I was fishing on the River Taff and there’d been some kind of bizarre electrical storm. The river had sparked with electricity, and all of a sudden, hundreds of dead eels had risen to the surface.

MORE STORIES FROM CHAT IT'S FATEView All