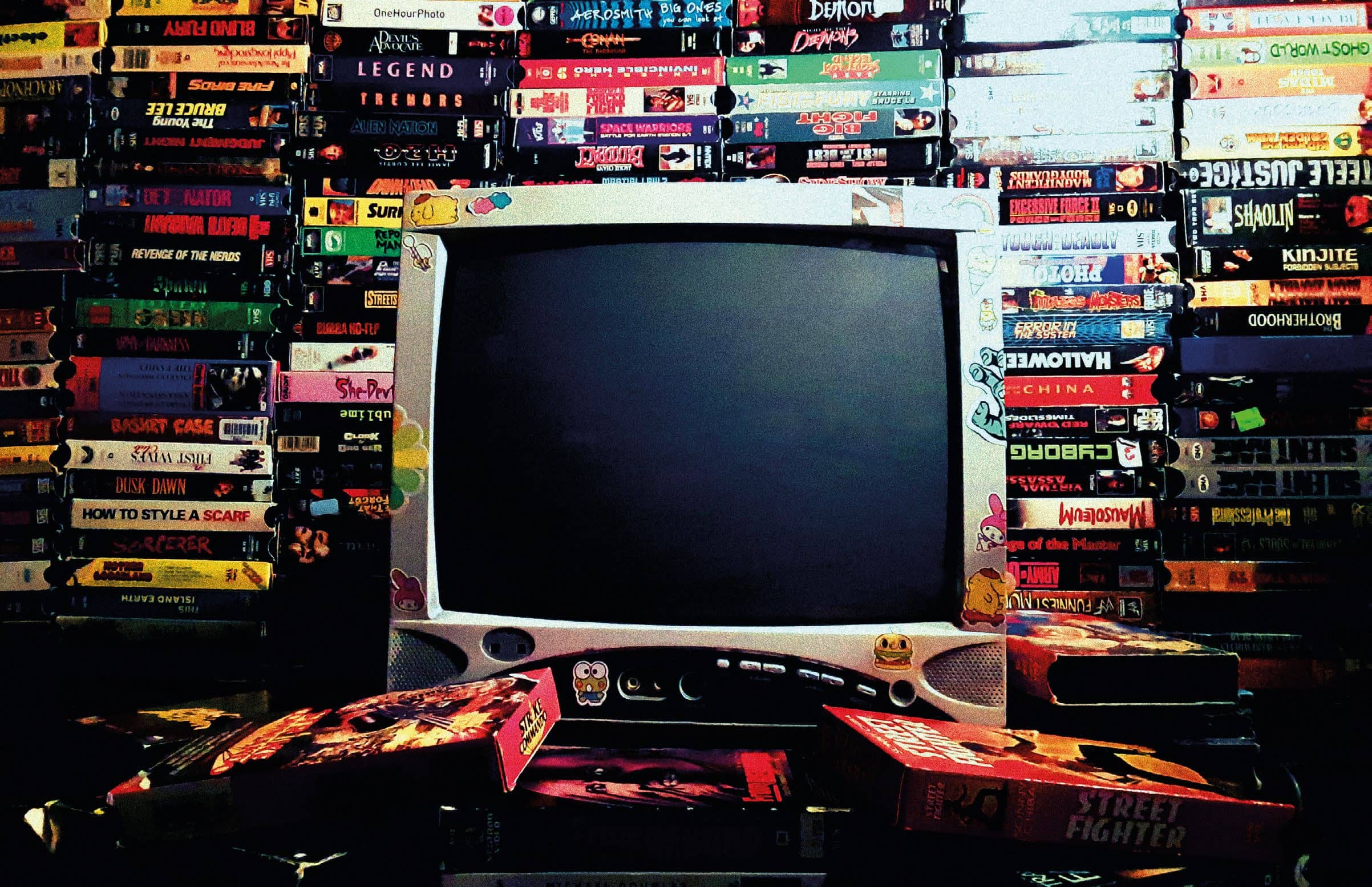 Ninjas, Japan’s historical hitmen, were originally meant to be stealthy assassins, striking in the night and then disappearing into the shadows. I’m not sure what changed between 12th century Japan and 1980s Hong Kong, but by the time cult movie director Godfrey Ho was through with ninjas, they were white guys wearing bright red and yellow Halloween costumes, racing to the top of mountains and bellowing “NINJAAAA” into the sky. That’s one of many bizarre, hilarious scenes that pops up again and again like a meme in the mixtapes of Forgotten_VCR, a Twitch channel that mostly eschews videogames in favor of pulp cinema streamed from actual VHS tapes three nights a week.

The Forgotten_VCR Twitch channel started as a convenient way for the streamer, who has asked me to refer to him with the simple nickname ‘VCR’, to watch video tapes at his desk—he’s currently a university professor by day—without hauling the hardware into his office. “I thought it sounded like a Metal Gear-y name for what I was doing,” he says. “I did that for a couple months, and then people started tuning in.”

VCR tested the waters with a compilation of toy commercials he’d play on Saturday mornings, and then in mid-2019, he started making mixtapes, cutting together absurd scenes from infamously bad ninja movies, ’80s tech commercials, wrestling, super sentai, and other oddities lurking in his tape collection. A year later he’s made more than 50, and 200-300 viewers will tune in on a Sunday night eager to see a new tape played live.