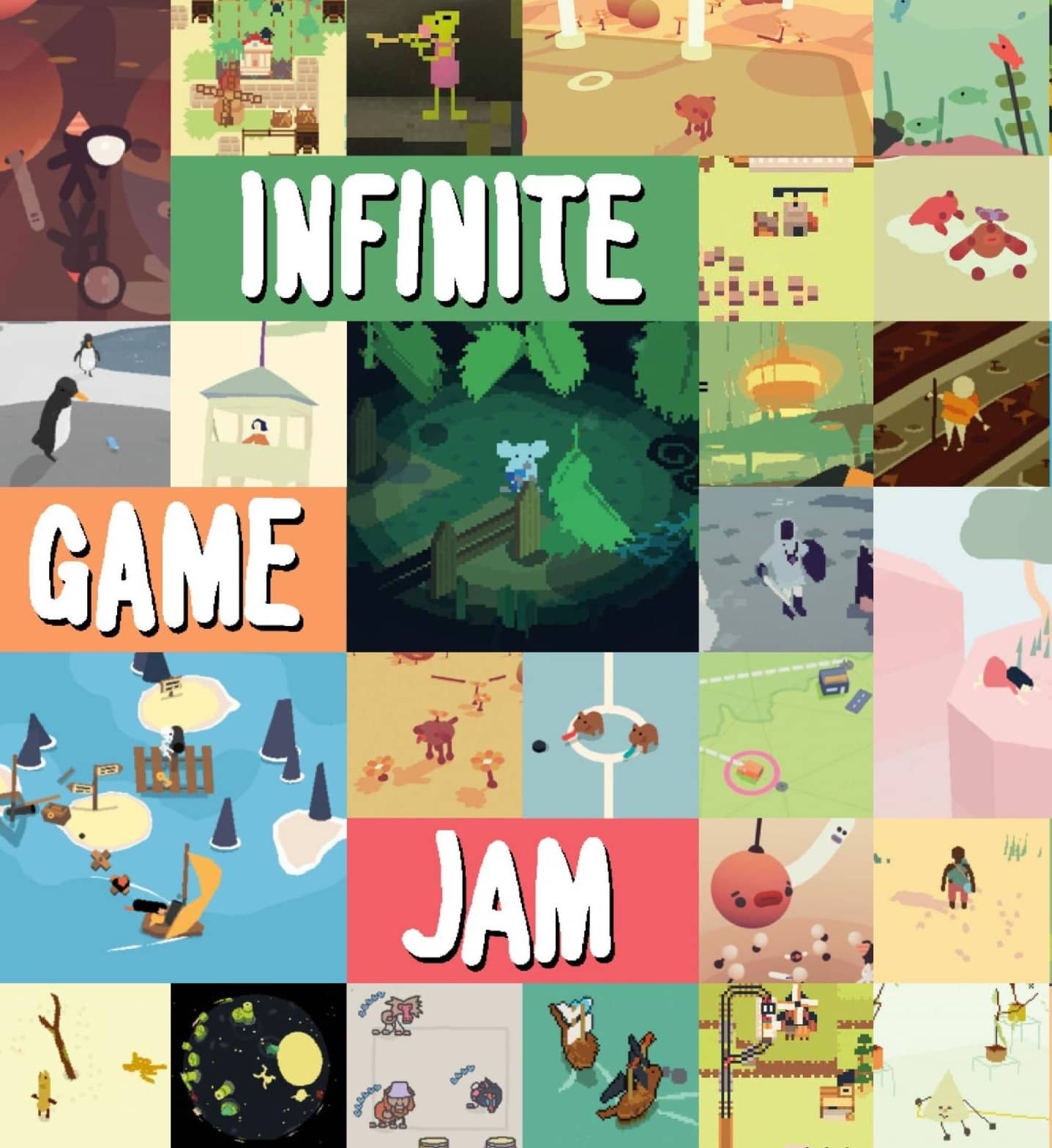 Every fortnight, a visit to Sokpop’s Itch page— and, more recently, its Steam page— guarantees a new treat. Maybe you’ll drive through the rain to hunt down bounties in Blue Drifter, explore a pink sky castle in Labyrinth, or spend an hour solving puzzles on Pear Quest’s little island. In two years, Sokpop has released more than 50 games, and it shows no signs of slowing down. Aran Koning, Ruben Naus, Tom van den Boogaart, and Tijmen Tio met around five years ago when they started doing game jams together, including the popular Ludum Dare. When there wasn’t a formal one to go to, they’d just jam at home.

Those events always came to an abrupt end, but they wanted to keep it going. The collective grew from that, leading the four of them to embark on what’s become an infinite game jam. But they rarely work together.

“We basically never collaborate,” says Koning. At the time of writing, they’ve released 54 games, though that number will already be out of date when you read it. Only a couple of games in this rapidly growing collection were collaborative projects. So it’s a collective of individuals, all equal within the studio, but always following their own ideas and going off to experiment solo.

This contributes to the incredible range of Sokpop’s massive back catalog. There are cute sandboxes, puzzlers, management games, racing games—and the themes and art styles are just as varied as the genres. A great deal of them fall into the category of ‘wholesome’ games, some more overtly than others, but otherwise it’s remarkable how the foursome avoids repeating itself.

I think we all try to make innovative titles in one way or another,” says Naus. “We don’t want to just make Call of Duty or something. We always have a pretty unique idea for every game. Nobody is like, ‘I’ll just make a platformer’. There’s always one cool idea, mechanic or even art style that’s unique to that game.” 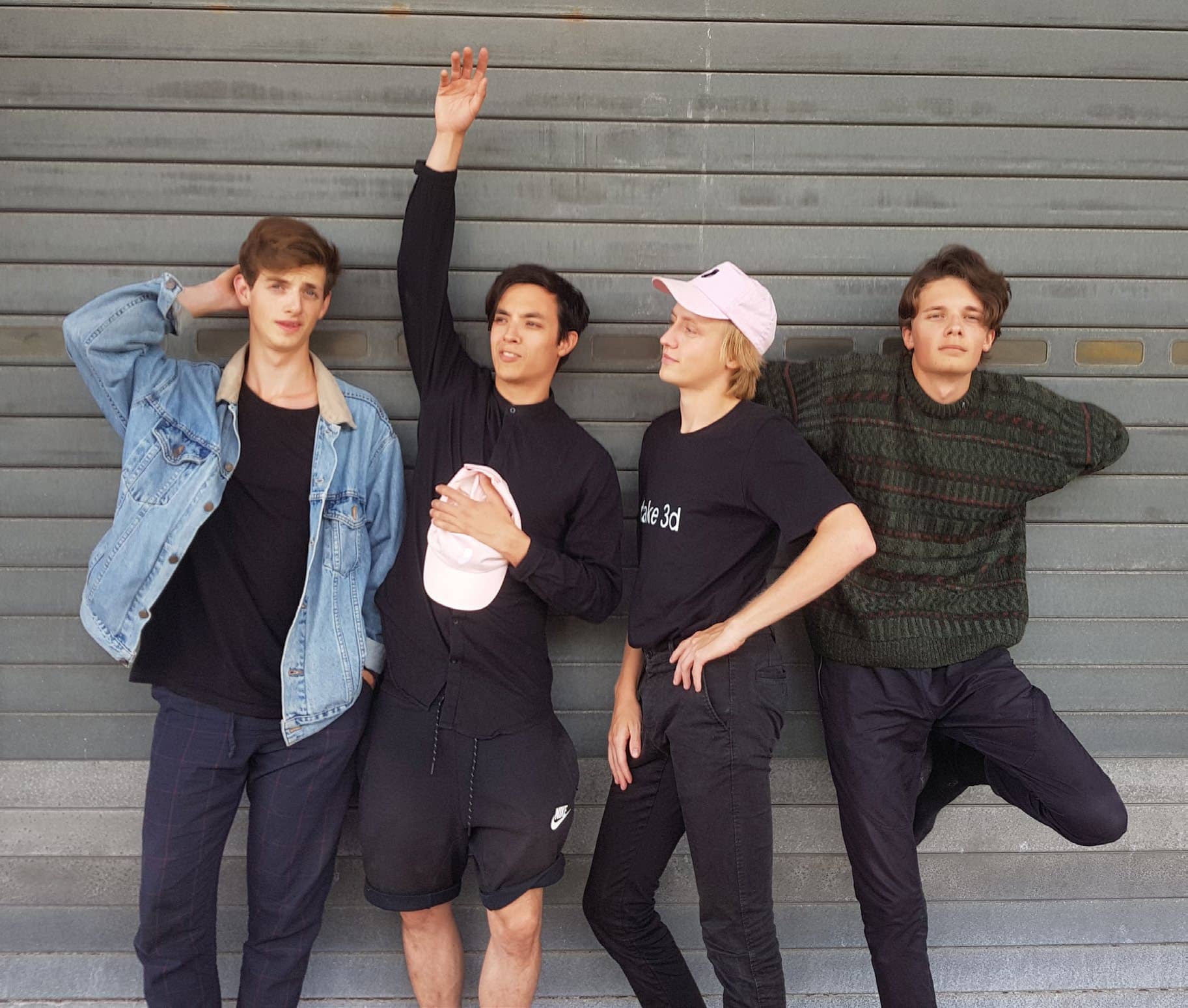 “Something that might not work, but is still cool to try out,” Van den Boogaart says. For him, nostalgia plays a big role in the games he develops. “I tend to recreate games I played as a kid,” he says. “Five of my games are games I played as a kid. It feels a bit more personal.” Alongside his smaller games, Van den Boogaart is also working on a larger follow-up to Bernband, a strangely comforting game about getting lost in an alien city. It’s an aimless labyrinth but around every corner some kind of sci-curiosity.

Naus, whose work includes Sok-Stories, a game creation tool, and Soko Loco, a pixel art train tycoon game, has plenty of concepts cooking away at once. “I have a lot of ideas that are in the oven, and when they’re done, I pick the one I think I have the most clear vision for. I think about the games for pretty long in the background, and when an idea comes to fruition, I pick that one.”

For Koning and Tio, however, it changes all the time. It could be a game based on a movie, on another game, or an experiment to try out a new mechanic or experience. That goes for most of the collective’s games, though, which constantly bounce around. But whatever they decide to make, there’s always a looming deadline.