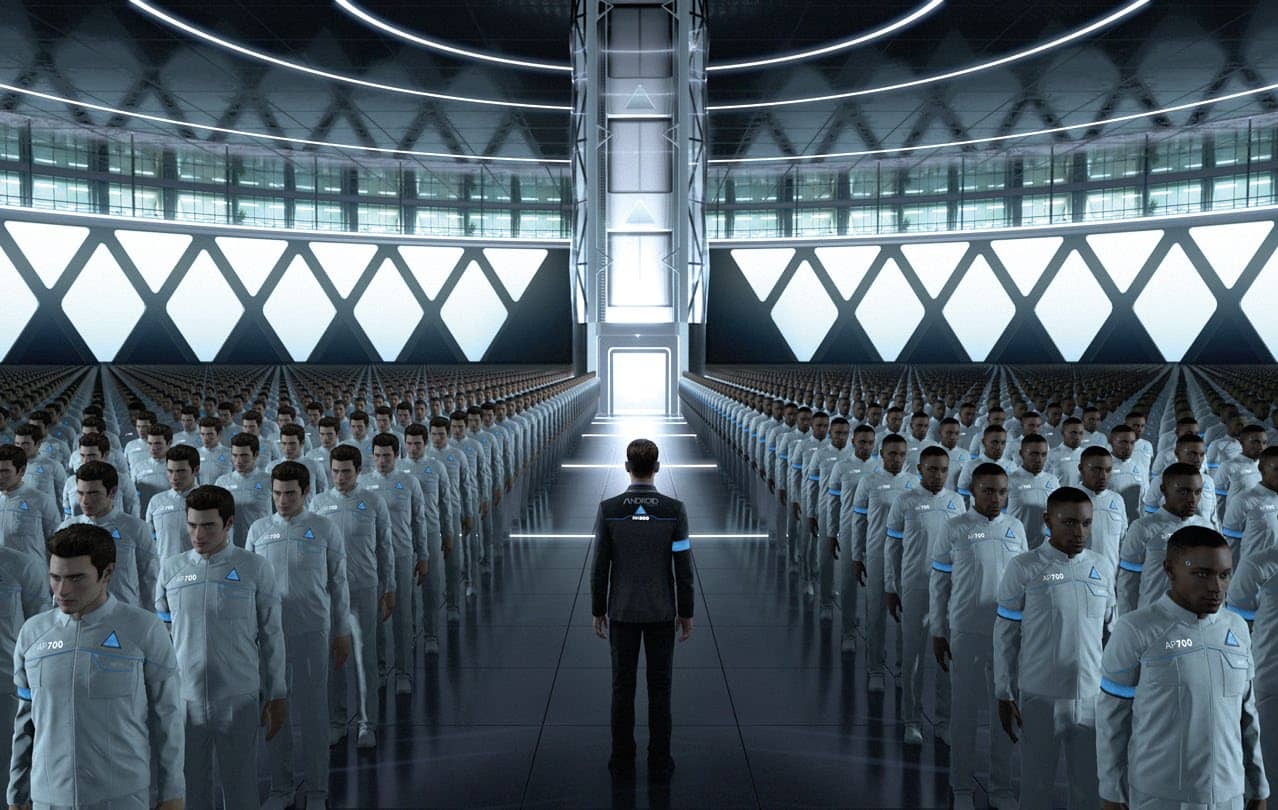 In DETROIT: BECOME HUMAN, androids fight for their right to party.

The titular city in Detroit: Become Human is a representation of a future industry. Best known as the center of the US car industry and the birthplace of Motown, the city has fallen on hard times, but the virtual Detroit of 2038 has found a second life as heart of the android industry. This has left the populace unemployed all the same, causing them to mistreat their artificial servants. It’s this injustice that causes androids to develop their own consciousness.

You follow the story of three such androids—Connor, a brand-new investigation unit developed to help the police with casework involving his errant brethren; Kara, a household model who rescues the small Alice from her abusive father; and Markus, another artificial butler who’s falsely accused of harming his owner.