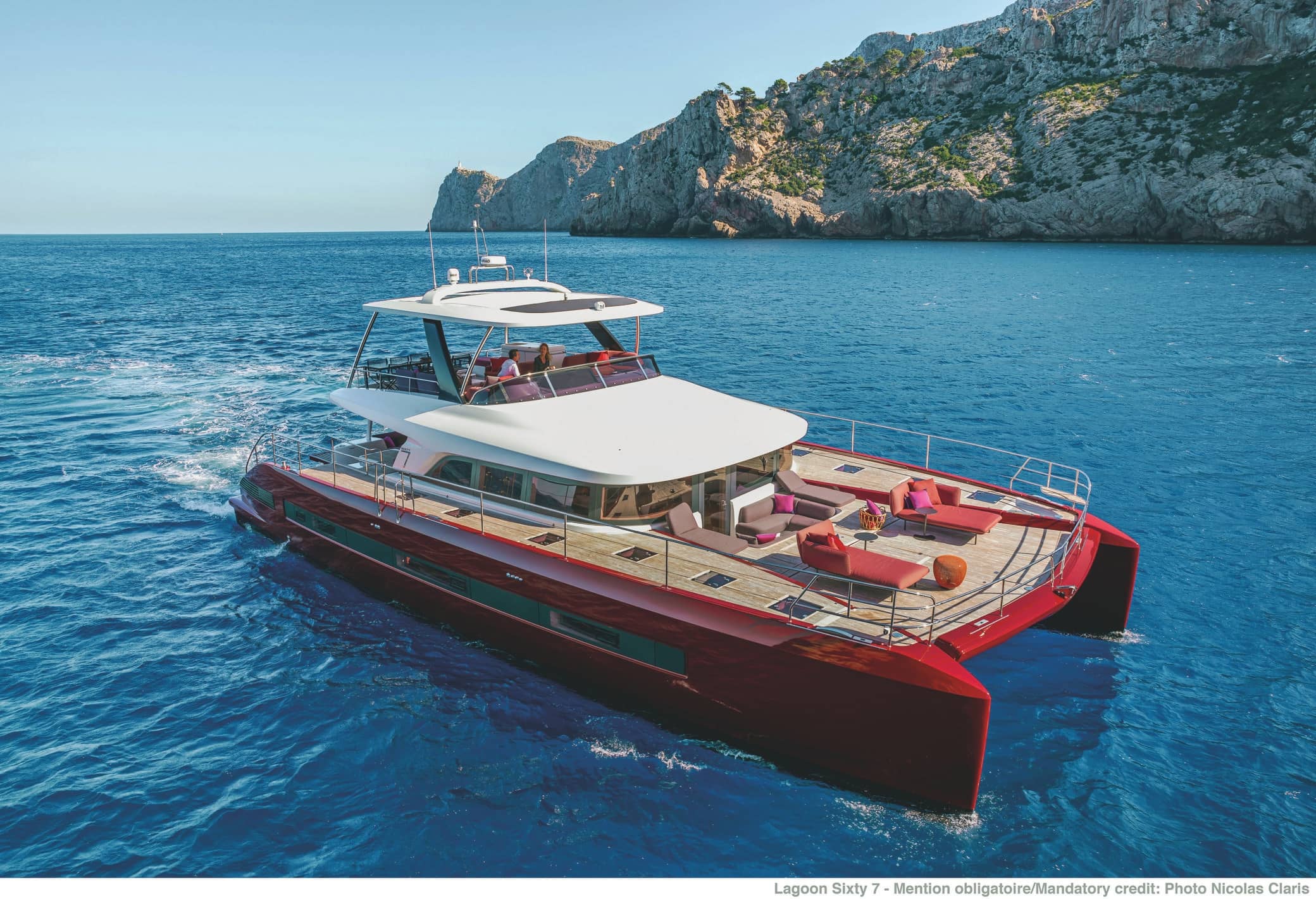 Multiple owners in Asia have ordered the inviting Lagoon Sixty 7, which offers three to six cabins and joins the flagship Seventy 8 in a new-look range of large motor yachts from the world’s biggest catamaran builder.

In late 2017, Lagoon made headlines by launching its Seventy 8, a power catamaran as large as a tennis court, measuring almost 24m in length with an 11m beam.

More recently, the French builder has showcased its ‘little sister’, the Sixty 7, with the red-hulled beauty making its North American debut at this year’s Miami International Boat Show, having had its world premiere at the Cannes Yachting Festival last September. 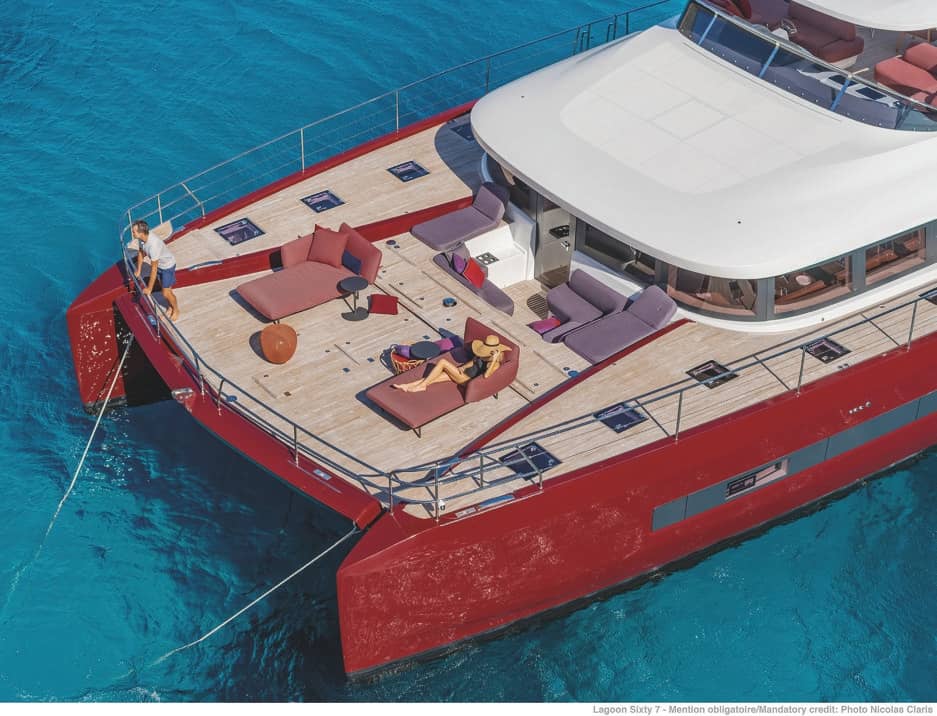 Designed for long cruising and for maximum comfort for family and friends, the Sixty 7 will ultimately succeed the Lagoon 630 MY and shares a similar beam of 10m to the 2014 model.

However, the newcomer offers huge gains in comfort, luxury, technology and deck area, the latter due to an overall length of 66ft 1in, just over 2ft longer than her predecessor, and a solid foredeck instead of trampolines. She’s also a lot taller. 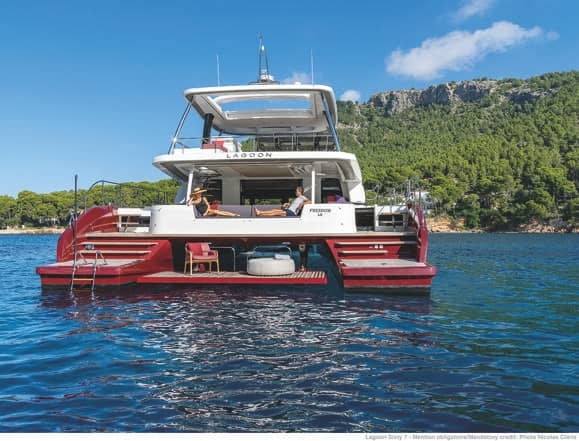 New units of the Sixty 7 have already been ordered by clients in Malaysia and Taiwan, revealed Simpson Marine, Asia’s largest yacht dealership, which has sold over 400 Lagoon catamarans around the region since being appointed the brand’s dealer in 1987. The first two hulls into Asia are set to be based in Port Dickson and Kaohsiung respectively. 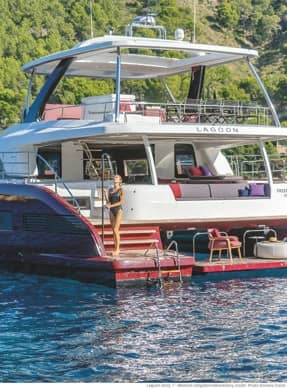 Lagoon is firmly established as the world’s largest builder of sailing and power catamarans, delivering over 5,000 units since 1984. Part of Groupe Beneteau, it builds across three sites in France, with the Sixty 7 and other 50ft-plus models created at the Lagoon headquarters in Bordeaux, a site it used to share with CNB before production of the high-end sailing monohulls was recently shifted to the Group’s Monfalcone facility in Italy.

The same line-up worked on the Seventy 8, Seventy 7 sailing cat and many other models within the current range, so familiar traits include elegant, modern lines, a superstructure smoothly integrated in the hulls and bevelled bows. 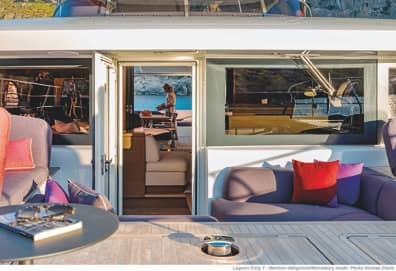 When boarding the catamaran, the space and deck area of the cockpit makes an immediate impression. The wide aft sofa is adjustable, so two sections can face either aft or forward, while forward is a large table, fixed L-shaped sofa and space for loose chairs.