What happened to the receivers? 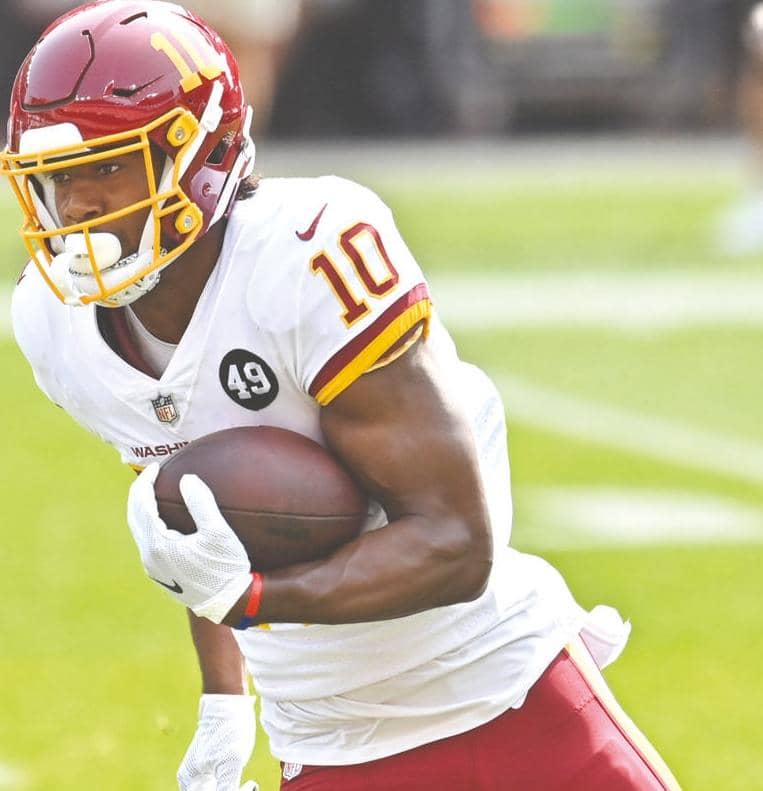 Calling the Washington Football Team’s passing game a work in progress is an understatement.

Everyone knew this would be a tough season for the offense in general and the air attack, specifically. The fans and media knew it and candidly, the coaching staff knew it.

That was before losing Kelvin Harmon for the season and Steven Sims for at least four weeks and Antonio Gandy-Golden’s development was set back in training camp by a couple of weeks. That was before Cody Latimer decided to get popped on five charges including three felony counts.

Washington chose to pursue one target hard and struck out, almost landing Amari Cooper from the Cowboys, whom they offered $100 million.

The idea was two-fold. Hurt the Cowboys and find a tag-team partner or a dual threat to Terry McLaurin, Washington’s top-gun and best individual player.

Instead, as the organization has mostly done over the last 25 years, it was a big swing-and-miss and there was really no plan B.

So now we sit and wait. They’ll grind through the rest of the 2020 season that was supposed to be a developmental year while trying to win an awful division to sneak in the back door of the playoffs.

They have McLaurin who is very good. Make no mistake about it - before they have any real playoff aspirations, they need another playmaker, another stud and the position that it’s most likely to come at is receiver.

That player and weapon is not on the roster right now with all due respect to Sims when he is healthy. It’s not Dontrelle Inman, who had two touchdowns in Cleveland and does offer something that Ron Rivera has been worried about. Experience in the receiver room.

“He’s done a nice job. He’s a veteran guy that’s done a lot of good things,” Rivera said recently. “One thing that does catch my eye is how he handles and works with our young guys. He’s put his arm around A.G.G. and the other guys and has really talked with them about how to go forward and his approach. Dontrelle’s been a welcoming addition.”