Franchise name to be retired 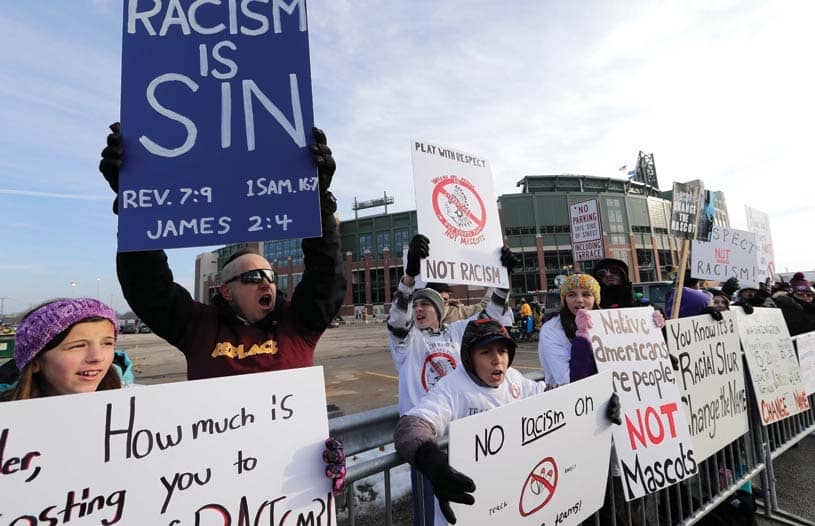 Well, we’re waiting as of press time for a new name. Could come by the time you read this, could take weeks or months. The team would like to have one sooner than later, even before the season’s start, but legal issues always bog down things. Lawyers are paid by the hour, remember.

But Redskins remains in use until whenever the new name is chosen. Four score and seven years after switching from the Boston Braves to Boston Redskins in 1933, the team is finally moving off the moniker.

Why now? A few thoughts since owner Dan Snyder barely put out a statement without even a standard quote.

Certainly, there has been pressure to change the name since 1991 when an American Indian group picketed the Super Bowl in Minnesota. Some say they cursed the team until the name was changed, though the Redskins did win their final Super Bowl that day. Since then, though, it has been not too good as Steve Spurrier would say.

The height of protests came in 2013, but it was soon pushed off the headlines by other things. A U.S. Supreme Court decision that let the team retain the trademark seemed to end the matter.