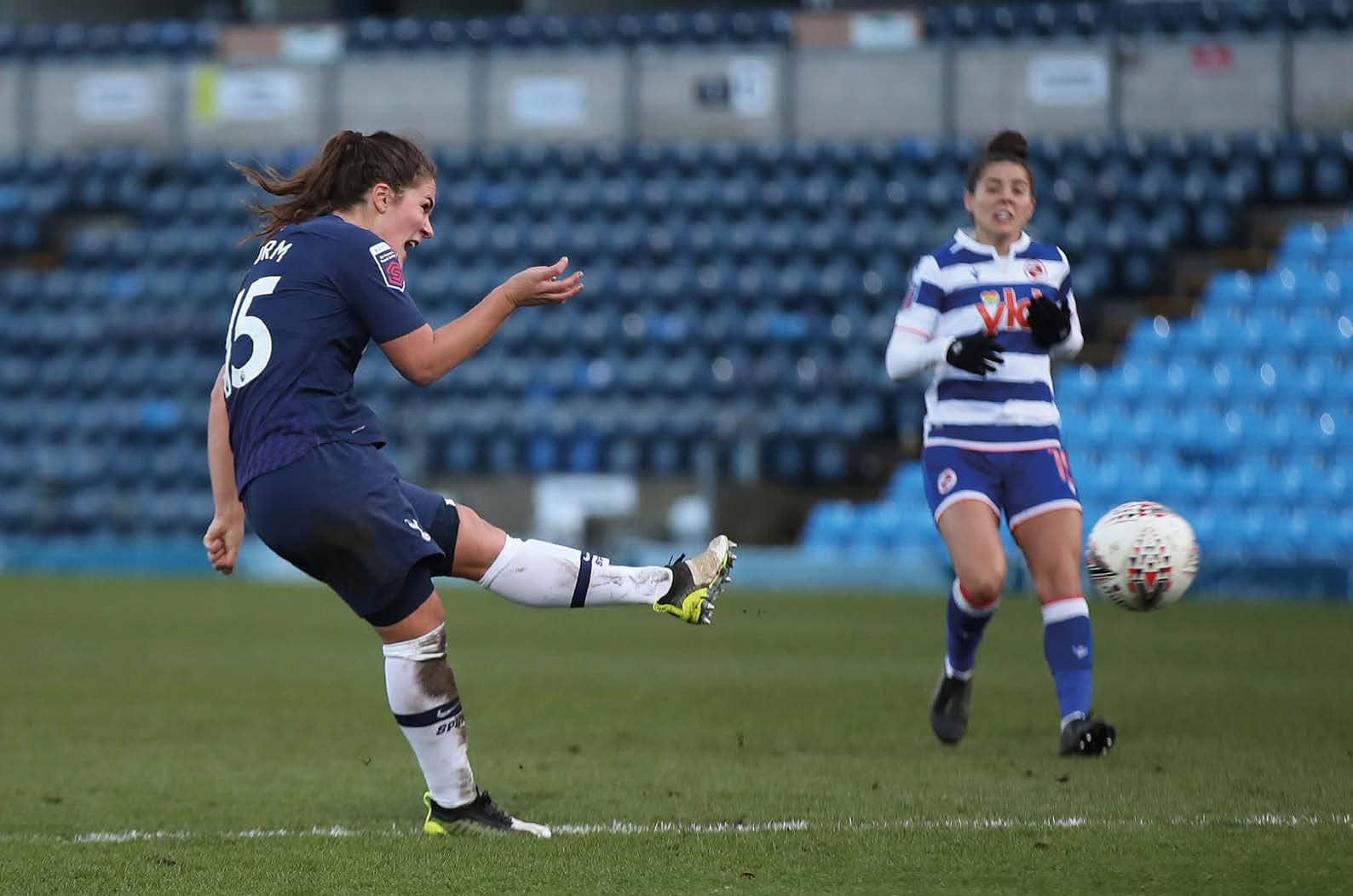 Spurs Women’s final fixture of 2019 ended in a disappointing 3-1 defeat after Siri Worm had given us the lead with a cracking opening goal at Adams Park last Sunday.

It was a fast and ferocious start to the match with Reading carving open two clear-cut chances within the first three minutes but couldn’t convert either before Kit Graham blasted inches wide at the other end.

After a finely-poised first half, the game exploded into life in the 52nd minute when Worm struck a beautiful, curling shot into the top corner from the edge of the box, her first competitive goal for us, after a smart short corner from Graham was played perfectly into her path.

But 25 minutes later, the hosts equalized when Jo Potter tapped in Fara Williams’ corner at the far post before Becky Spencer produced a stunning save to tip Remi Allen’s thumping header onto the crossbar to keep the scoreline level.

Soon after though, Spencer went off injured and was replaced by Chloe Morgan but 10 minutes later, Reading was ahead when a goalmouth scramble ended with the ball being poked in by Allen in the 88th minute.

And we were hit on the counter in the closing seconds when Arnalie Eikeland broke through on goal and she made no mistake by dispatching the chance and sealing the points.

“I was really impressed with our performance in the first half,” said Head Coach Karen Hills. “We know how strong Reading are and we dealt with their set-pieces really well, especially early on. I think we grew into the game from there and we had some fantastic opportunities so we went in at half-time feeling really positive, but we knew that it would be a tough fight in the second half.