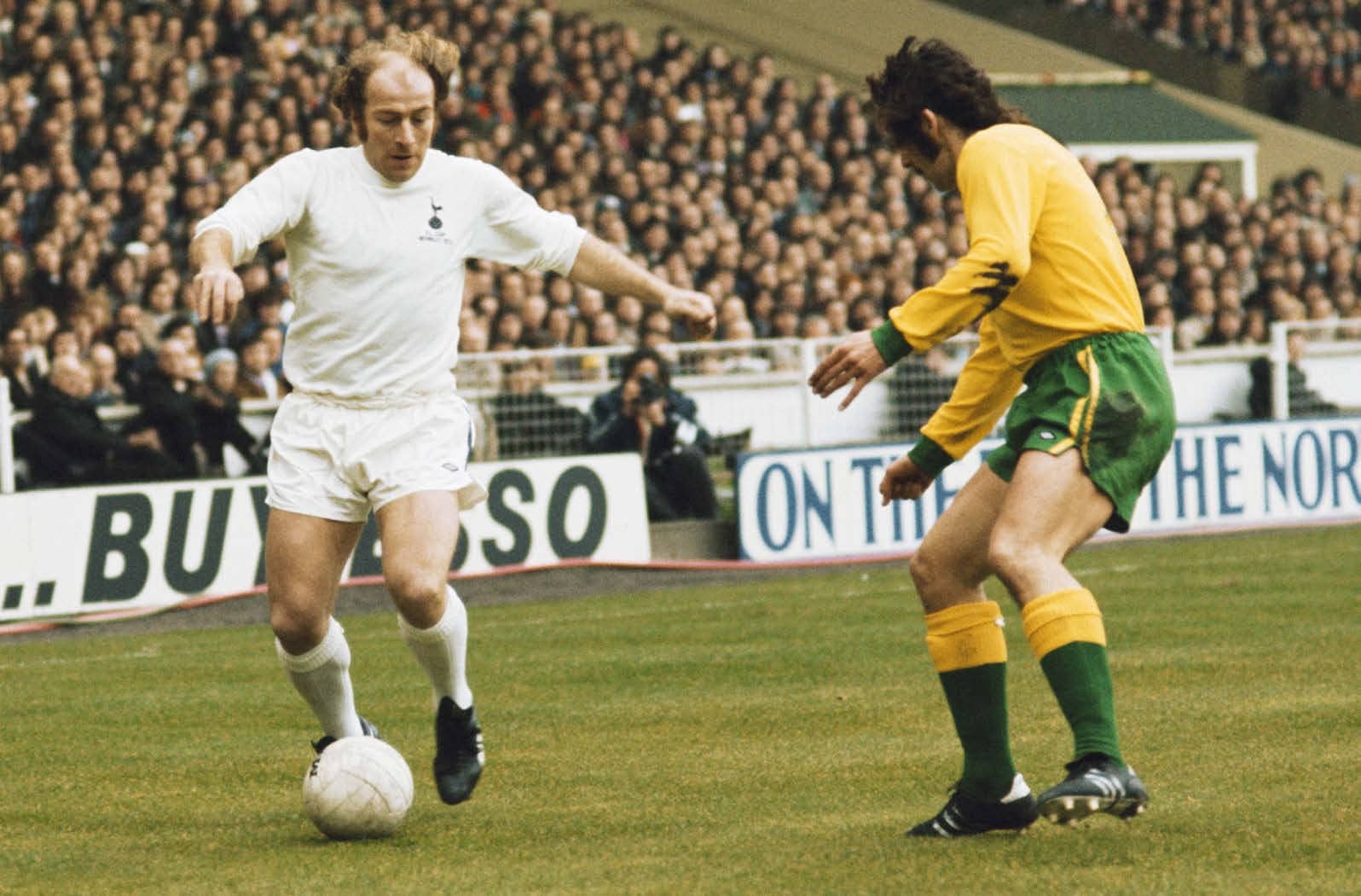 As part of an occasional feature, Andy Greeves takes at a look back at a match in which a substitute has made a real impact for us. Today he remembers the late Ralph Coates’ League Cup Final-winning strike against Norwich City in 1973

Having beaten Aston Villa 2-0 in our inaugural Football League Cup Final in 1971, we returned to Wembley Stadium just over two years later to take part in the showpiece occasion once again. We dispatched Swansea City, Sheffield United, West Bromwich Albion, Coventry City and Bristol City to reach the final against fellow First Division side Norwich City on 3 March 1973.

The first chance of note in an intriguing opening 45 minutes fell to Martin Peters, who headed just wide of Norwich’s goal from a Cyril Knowles cross. Peters, who sadly passed away on 21 December last year, scored 76 goals for us in 260 appearances between 1970 and 1975 and went on to play for the Canaries from 1975 to 1980, where he featured in 232 matches and scored 50 goals.

Moments later, John Pratt slid in to knock the ball out of play as Norwich’s Graham Paddon looked to advance in the direction of our penalty area. In doing so, he sustained a knee injury and eventually had to be replaced by Ralph Coates after 25 minutes of the match. The substitute made an instant impression, as he set off on a purposeful charge down the Canaries’ left, forcing Geoff Butler to make two separate challenges to prevent him getting in a cross.