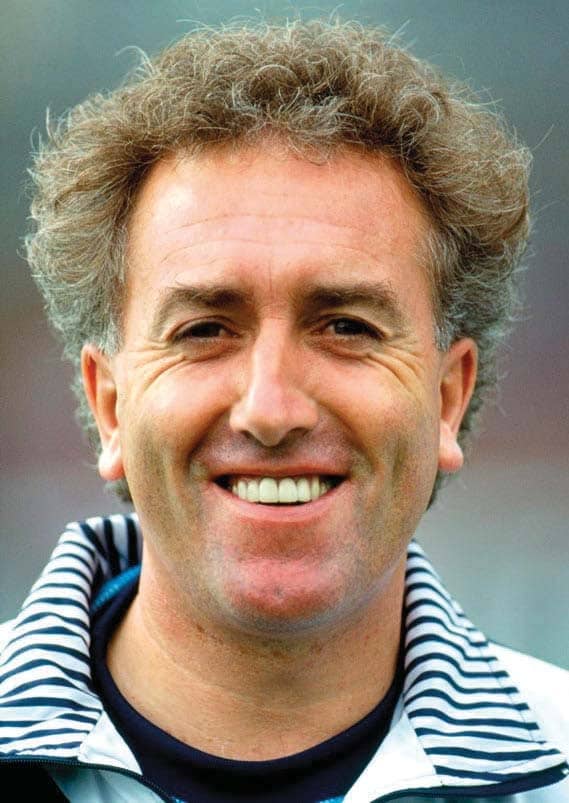 ANDY GREEVES SPEAKS TO OUR FORMER HEAD COACH DOUG LIVERMORE, WHO ALSO SPENT ALMOST 14 YEARS OF HIS CAREER WITH NORWICH CITY AS BOTH A PLAYER AND COACH.

Nearly 29 years have passed since our last FA Cup triumph but the memories of our magical cup run in 1991 remain etched in the minds of those fortunate enough to have experienced it.

Doug Livermore was Assistant Manager to Terry Venables during the 1990/91 season, as we saw off the likes of Blackpool, Oxford United, Portsmouth, Notts County and Arsenal in the competition before beating Nottingham Forest 2-1 after extra-time in the final.

The Prescot-born, former midfielder – who held various coaching roles with us between 1984 and 1993 – remembers the events of that particular cup campaign as if it was yesterday…

“The matches that stand out in my mind are obviously the semi-final and final, but also Portsmouth away in the fifth round,” recalls Livermore. “We were pretty poor on a difficult pitch that day but Paul Gascoigne almost singlehandedly got us through that game with two fantastic goals and a brilliant performance as we won 2-1.

“The semi-final against Arsenal was the kind of match you dream of… a perfect start with Gazza’s incredible free-kick and then a complete team display that saw us win 3-1. The final was actually one of those matches where, to begin with, everything that could go wrong, did!

“Gazza got injured…Stuart Pearce scored a freekick for Nottingham Forest… Gary Lineker had a ‘goal’ disallowed and a penalty saved. But we eventually won 2-1 and I’ll never forget that moment seeing Gary Mabbuttgo up the steps at Wembley and lift the FA Cup.

“After collecting the trophy, Gary Mabbuttand Gary Lineker wanted to go straight to the Princess Grace Hospital where Gazza was, having sustained that terrible knee injury in the game. That’s exactly what we did. We walked into his ward and presented Gazza with the trophy. What an emotional moment that was…there wasn’t a dry eye in the room!”

When Venables became our Chief Executive in the summer of 1992, Livermore was promoted to the role of Head Coach – assisted by his friend and former Liverpool teammate Ray Clemence. We embarked on another memorable FA Cup run during his season in charge in 1992/93, which included a 2-0 victory over Norwich City – a club Livermore scored six goals in 139 appearances for between 1970 and 1975 – in the fourth round.