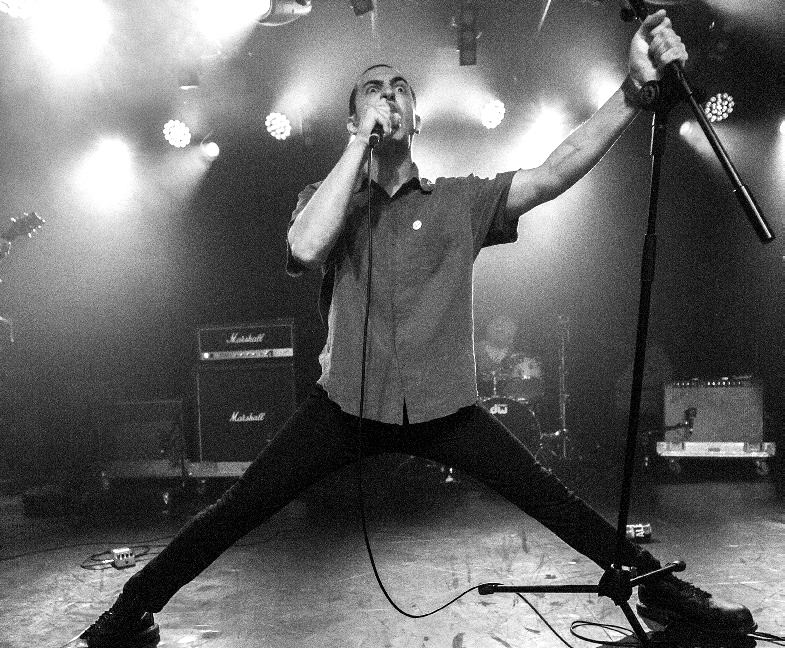 In perhaps one of the most off-kilter interviews conducted in recent memory, the self-described “pensive” member of Western Massachusetts punk outfit Urochromes, guitarist Dick Riddick, was caught off guard when the person interviewing him ended up being a female rather than the young man he was expecting. As he stumbled through the chat, he touched on the band’s new Wharf Cat Records EP, Night Bully, vocalist Jackie Jackieboy being noticeably absent from the call, getting kicked out of Canada and that period in his life when he and six of his friends wore Misfits gear every day.

Isn’t Jackie supposed to join us on this call?

He was, but they sent it to me. They thought it would be funnier.

What makes it funny?

Is this weird for you then?

I’m in Canada and don’t have a phone.

You don’t have a phone?

Well, I do but I never bothered to put the card in. I work from home.

Are you from Canada?

I’m from Massachusetts. I’m just having a little fun, but I’m getting kicked out of Canada.

I don’t know. There’s some trouble with my work visa and the border doesn’t think I have enough ties with Canada and I’ve been doing back and forth too much. I had a job here working for Avant Garden Security, been doing security details and standing with a baton for business offices downtown.

Just in case any business people get out of hand or what?

Have you ever had to use your baton?