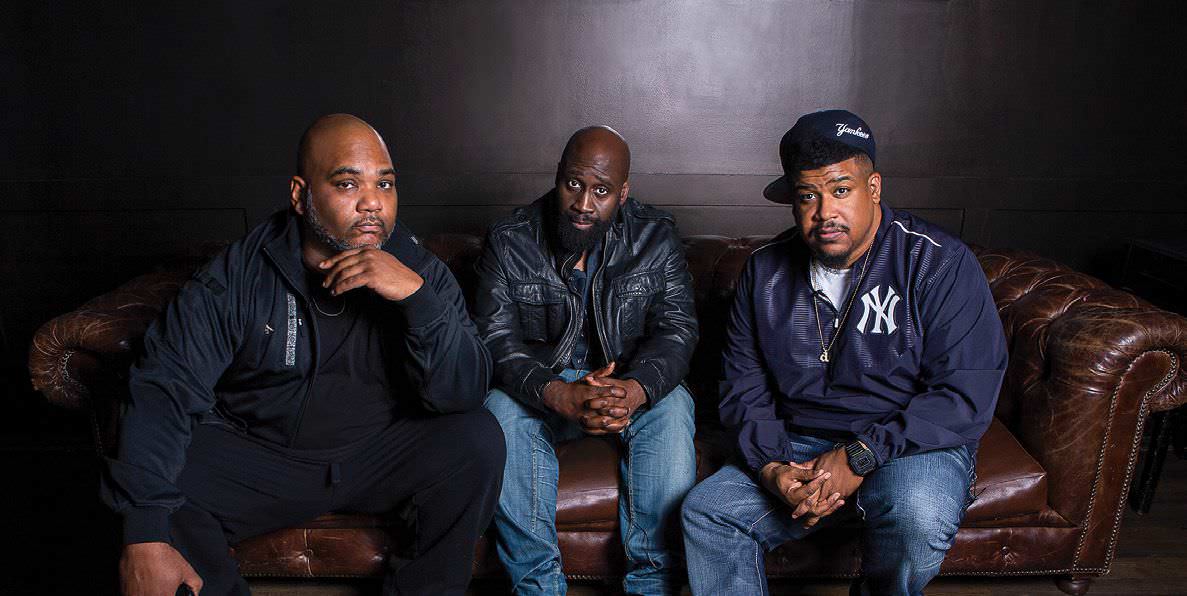 After raising over $600,000 via Kickstarter, legendary hip-hop trio De La Soul was finally able to complete its most recent magnum opus, And the Anonymous Nobody, an album that finds the three hip-hop heavyweights—Kelvin “Posdnuos” Mercer, David “Dave” Jolicoeur and Vincent “Maseo” Mason—collaborating with a curious mix of artists ranging from David Byrne of Talking Heads and Snoop Dogg to 2 Chainz and Little Dragon.

However, that’s really nothing out of the ordinary. De La Soul has been breaking new ground since its 1989 seminal album, 3 Feet High and Rising, which was produced by the talented Prince Paul and is a certified Golden Era classic. As the New York natives tour the world in support of the record, Maseo took some time while in Argentina to discuss the album, performing on The Tonight Show with Jimmy Fallon and whether or not working with Prince Paul will ever happen again. —Kyle Eustice

Some of the collaborations on the record are so unexpected, but somehow work, specifically the ones with 2 Chainz and Justin Hawkins of The Darkness.

We’re dealing with a record right now that bridges the gap in a major way. It speaks slowly to the freedom of an artist. We’re talking about a record right now that makes it feel good for adults to love hip-hop again. We have so many people that feel like when they reach a certain age that they feel like they grew out of hip-hop because of the content in its current stages caters to a much younger audience.

Right, and they can’t relate to it. To me, this is a record that holds so much relevance it should be inspiring my peers to make music again.

How have you felt about the album’s reception?

I was happy when we achieved the Kickstarter goal. I was content with that. For it to now come to fruition and to know we actually met the demand of the campaign, that makes me feel complete. Now we just gotta let the record do what it’s going to do. We’re obviously in a time where music is just so saturated so we have to keep coming up with savvy ways to put the record in people’s faces. I don’t really expect the record to really do well until maybe the end of next year.