Is This Another Sequel? 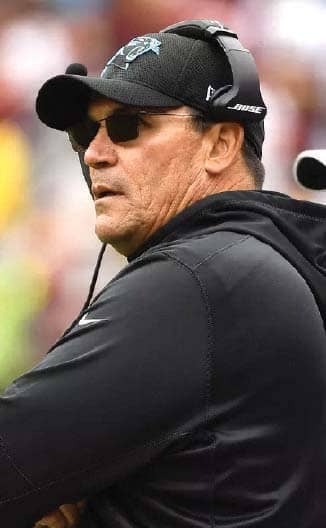 It’s just, we’ve seen this before. A tough guy arriving to save the franchise. In fact, Rivera repeated predecessor Marty Schottenheimer’s “one voice” mantra. Schottenheimer, of course, lasted one year.

Then there was Mike Shanahan, a draconian overlord who was going to make everyone accountable with his oversight that included cameras in classrooms. Ultimately, Shanahan blamed everyone but his own massive ego that undermined him and led to three losing seasons in four years. And, Joe Gibbs was supposedly a tough guy in his return, but really he’s one of the nicer people you’ll ever meet whose leadership after Sean Taylor’s death was the most inspiring thing I’ve witnessed in 42 years as a journalist. Still, Gibbs had two losing years along two playoff teams.

So pardon me and lots of others who are a little skeptical of a reversal under Rivera. The Redskins were 3-13 last season and have more holes than the little Dutch boy’s dike. It’s going to take a lot more than a dominating coach to win more games.

But that said, Rivera is an impressive guy who reminds me a lot of Schottenheimer. Both were NFL linebackers with proven coaching resumes. Firing Schottenheimer over a personality clash was owner Dan Snyder’s biggest mistake ever.