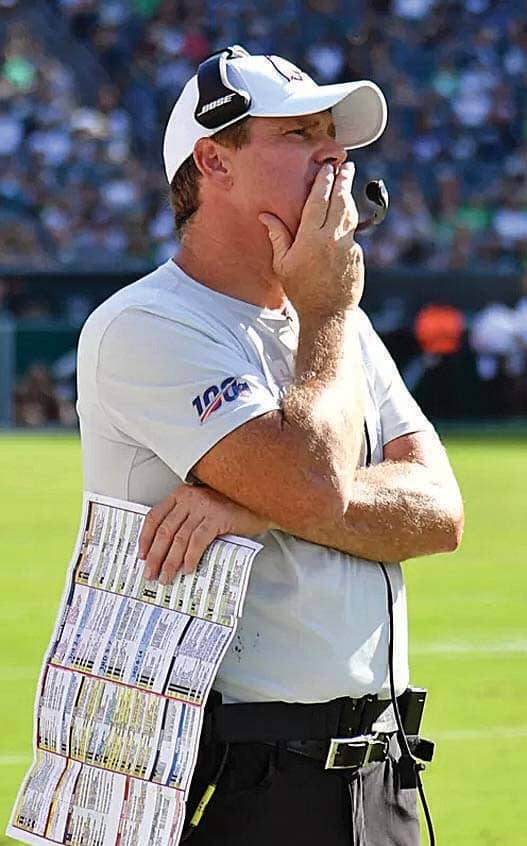 The Redskins owner looked like someone in a rush to make changes rather than enjoy his usual long postgame party in the luxury suite.

Everyone knew what it meant. Coach Jay Gruden said if his office key worked on Monday he’d still have a job. Instead, he turned in his keys at a 5 a.m. meeting with president Bruce Allen and Snyder following two weeks of rampant speculation the team would change coaches.

Hours later, Allen broke down the meeting to the media.

“We came to a decision that we had to relieve Jay of his duties,” he said. “Dan and I met with Jay this morning to release him of his duties. Jay was disappointed in not being able to achieve what we all wanted to achieve and it was a brief conversation.

“After that, we had a coaches meeting and we're fortunate to have a seasoned veteran like [Head Coach] Bill Callahan on our staff, and we named Bill our interim head coach and had an entire coaching staff meeting and Bill has been grinding through meetings the rest of the morning.