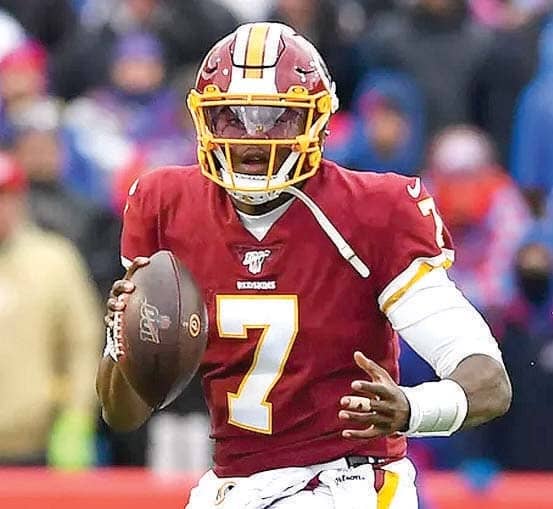 Dwayne Haskins is a work in progress, but at least he’s making progress. The rookie is showing some improvement each week, but there are miles to go before he sleeps.

Haskins’ footwork is now bearable while staring at intended targets is no longer so obvious. He has to improve more on each, but it’s a start.

“I’d probably say the biggest thing is trusting my eyes and my feet,” Haskins said. “Setting my eyes to one – if one’s there, take it, if not move on in the progression. Not necessarily skipping over a read. Just feeling the progression and taking it from there.”

The reads are coming slowly. All too often Haskins picks the harder receiver when a wide-open one is elsewhere. Yet, Haskins is finding his intended receivers more often.

“I don’t really feel myself missing too many reads,” he said. “I think the biggest thing, sometimes I get a little too aggressive and bypass a shorter throw for a bigger throw, just trying to be aggressive in the game and trying to make something happen, especially in the red zone. So, I’m just trying to figure out ways where I’m taking the check down when it’s there faster, not moving on from a short route to throw a deeper route, stuff like that.”