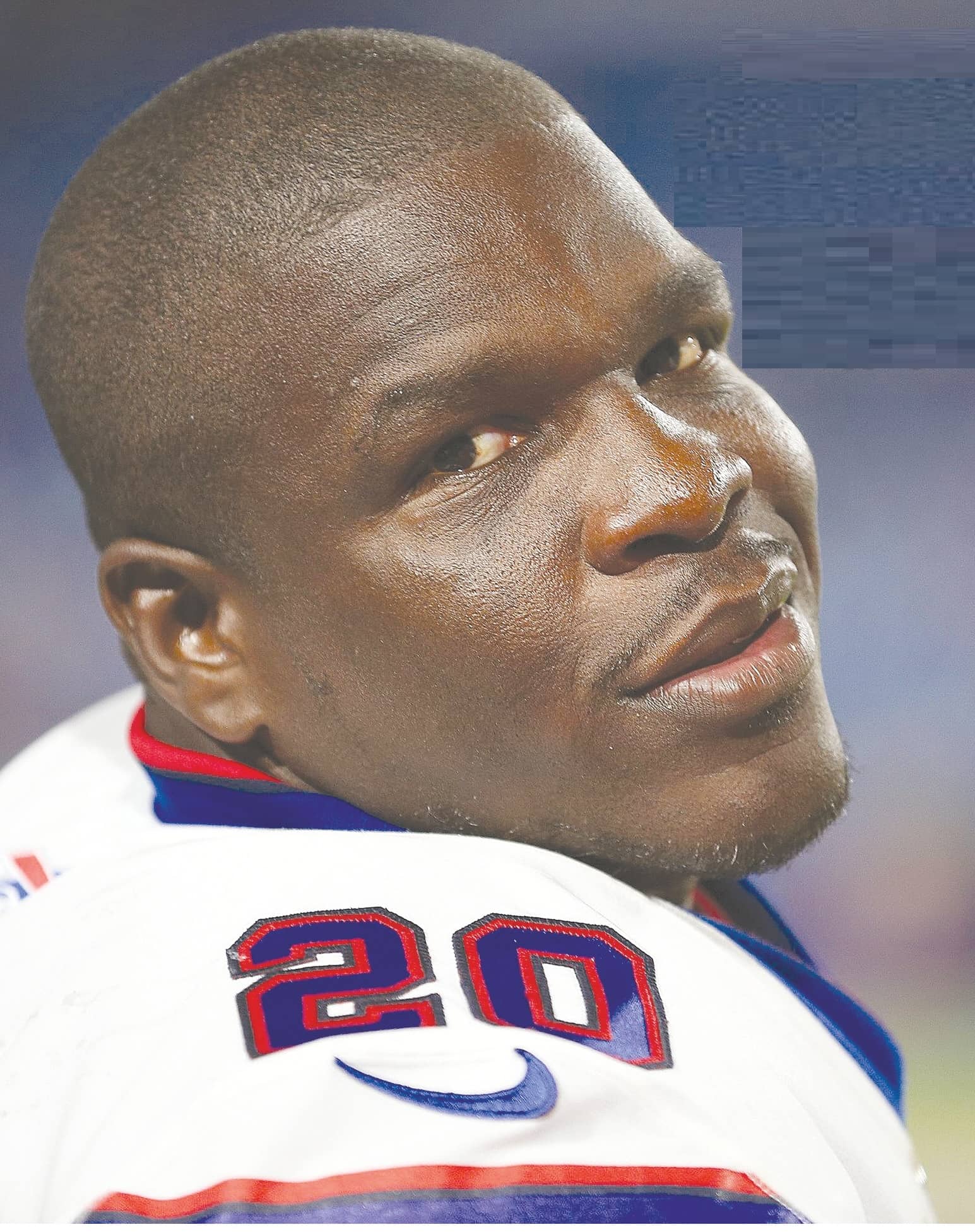 At 36 years old Gore keeps on chugging along

At 36 years old, Frank Gore is theexception to the rule.

The aberration.
The anomaly.
The deviation from the norm.

In a league that tends to chew up running backs and discard them the second they no longer seem useful, the 15-year veteran keeps chugging along. In his first year with the Bills, Gore continues to hit milestone after milestone all while helping the Bills off to a 4-1 start.

In Week 4, Gore topped 15,000 career yards rushing, inching closer to his childhood favorite, Barry Sanders, on the NFL’s all-time rushing list. Barring an unexpected injury, Gore will pass Sanders in a matter of weeks to become the third-highest rusher in NFL history.

So how does he keep doing it? Simple. He doesn’t dwell upon his age, or his mileage. And he doesn’t waste time thinking about his role or place in history.

At least not yet.

“As long as you love it and continue to think young, you can do it, you know,” Gore said. “I really don’t think about it.”

The Bills showed a tremendous amount of faith in Gore and rookie runner Devin Singletary at the start of the season when the team released LeSean McCoy. On one hand, the move came as a surprise given McCoy’s history in the league; McCoy has plenty of accomplishments in his own right, having surpassed 10,000 yards as a rusher himself. On the other hand, the move could have been considered inevitable; with a similar, no-nonsense approach — one that involves hitting the hole and dragging defenders for extra yardage after initial contact — Gore and Singletary seem tailor-made for a new approach in the running game.

It was Singletary who turned heads to open the season, flashing late in wins over the New York Jets and New York Giants. After Singletary suffered a hamstring injury at the end of the Week 2 win over the Giants, however, Gore took over as Buffalo’s main back and quickly made his mark.

Gore began with 76 yards on 14 carries and a 5.4 average in a 21-17 win over the Cincinnati Bengals in Week 3. The bulk of that production — 53 yards and the game-winning touchdown with 1:50 remaining — came in the second half with a close game on the line.

He was even better in defeat in a 16-10 loss to New England in Week 4, rushing for 109 yards on 17 carries (for an average of 6.4 yards per attempt). It was fitting that Gore’s historic run — where he topped that 15,000yard mark — was his best and longest run of the day, a 41-yard dash where he broke through three attempted tackles.