Time To Find Some Consistency 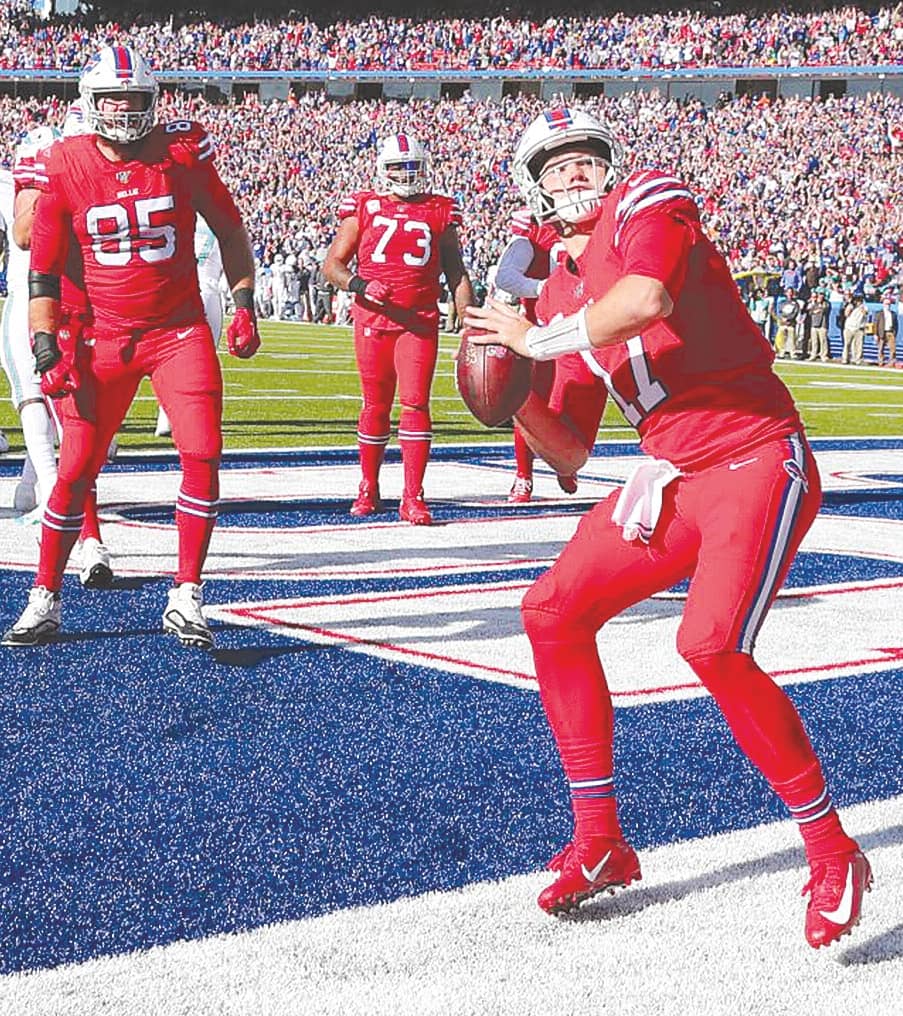 Josh Allen’s unique celebration against Miami said it all regarding the team’s slow start.

After Josh Allen sprinted into the end zone for a critical two-point conversion against Miami, he had a particularly interesting celebration. Instead of the standard spike, or a high five with his teammates, Allen stepped back and launched the football high into the stands — which made it all the way to the back of the 200 level (and, unfortunately, not out of the stadium).

Given all that had transpired earlier that afternoon, you couldn’t blame him for wanting to let off some steam.

“It was just one of those moments where I got up, a lot of stuff going through me,” Allen said. “Those fans in the top row, they were yelling pretty loud so I just wanted to throw them a souvenir.”

The Bills were ultimately successful in the end against the Dolphins in Week 7, prevailing in a 31-21 victory. That’s what matters most, given that it moved the Bills to 5-1 and kept them at pace with the best teams in the conference. But it also served as a gigantic reminder that this team is by no means a finished product, and a warning that these Jekyll and Hyde performances will come back to bite them if they continue.

The first half against the Dolphins was about as bad as it gets. It was one of the worst performances we’ve seen this year from Allen. Buffalo’s defense was not its usual stingy self, and you couldn’t blame former Bills quarterback Ryan Fitzpatrick for wanting to have a big day at the stadium he used to call home.