Morse happy as ever in Buffalo 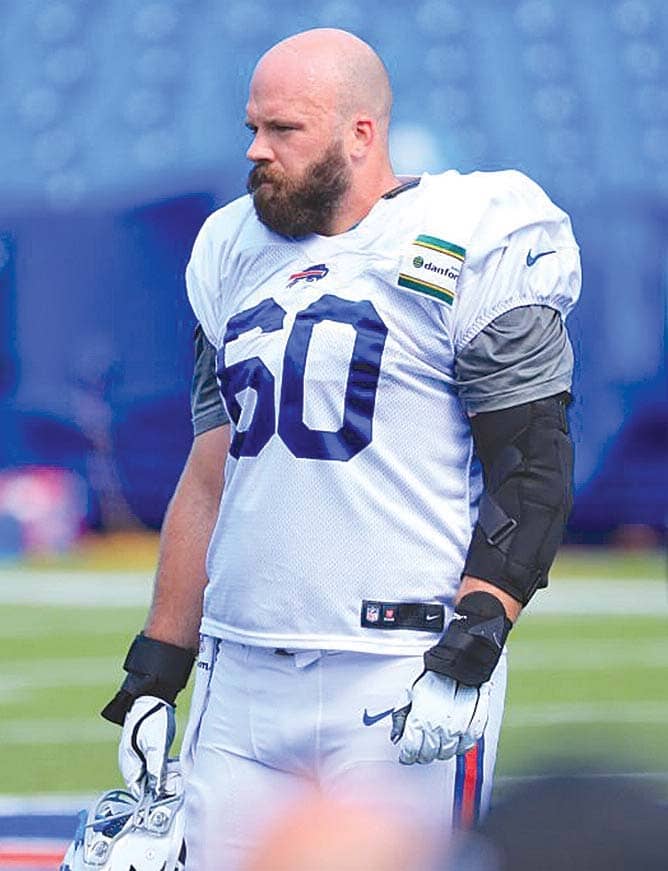 Mitch Morse was happy to see his former teammates walk away with the Lombardi Trophy in February. He holds no regrets, however, over leaving Kansas City for his new home in Buffalo.

Morse touched on that and several other topics upon Buffalo’s start to training camp. The leader of the offensive line spent his unusual offseason working out by himself in his home gym while enjoying the perks of fatherhood after his wife gave birth to their daughter, Kennedy, in February.

Buffalo’s offensive line was dealt a blow when right guard Jon Feliciano had surgery for a torn pectoral muscle, but Morse was glad to see the Bills act quickly and bring in veteran Brian Winters as a Feliciano’s replacement.

“With a guy like Jon getting hurt, it’s never a good time,” Morse said. “We all knew that being able to get a veteran in throughout the season or before the season or even in free agency was going to be at a premium this year just because of the COVID situation, meeting times and not really getting into the building until a few weeks ago. Brian’s body of work is very impressive. He’s put a lot of good games together, he’s started a lot of games. I think he’s hungry to be the best teammate he can be and be a good football player and I think that’s apparent even just (early) in. He’s a good dude and we’re excited to be with him. It’s unfortunate about Jon because Jon’s such a tremendous presence in the offensive line room and he still is but ... yeah, it’s not the most ideal but having a guy like Brian come in, it’s fantastic.”